Solving the mystery of the Pilbara gold

Solving the mystery of the Pilbara gold

We’ve starting to unravel the mystery of the source of the Pilbara gold nuggets whose unusual shape and distribution baffled explorers in the region. 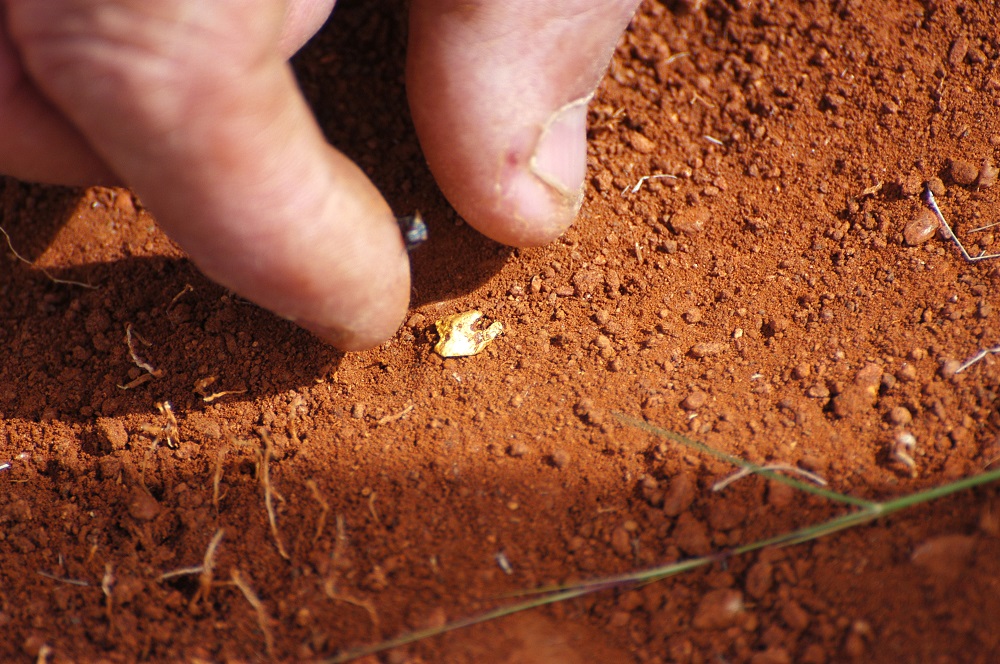 In 2017 the discovery of watermelon seed-shaped gold nuggets in the Pilbara goldfields sparked curiosity. Which led us to wonder, what the source was of these unusually-shaped yellow rocks?

Similar gold conglomerate deposits have also been found in South Africa. A conglomerate is sedimentary rock made up of chunks of various materials which in this case includes deposits of gold. So, speculation on how the Western Australian gold formed, and what this means for further prospecting, fuelled a modern-day gold-rush.

Our scientists took up the challenge and their latest results are unravelling the mystery of the origin of the Pilbara gold. Where did these distinctive gold nuggets come from and what clues do they hold for more gold hiding out in the region?

Two competing theories were proposed to explain the distribution and appearance of the Pilbara nuggets.

While some looked like the seeds of a watermelon, the nuggets ranged in size and shape. This suggests they may have been caused by a rough and tumble life in ancient river-beds in a sedimentary process. This involves weathering and erosion by  wind, water and waves, breaking up the rock into smaller sediments which are then compacted and squashed into another form of rock, called conglomerate.

Alternately, the gold conglomerate may have been transformed and modified through hydrothermal events. This occurs where hot fluids seep through faults and cracks in the rock causing the metal to deform under high temperature and pressure.

Using advanced characterisation equipment, our scientific sleuths have been able to examine the geology and geochemistry of samples taken from the region. 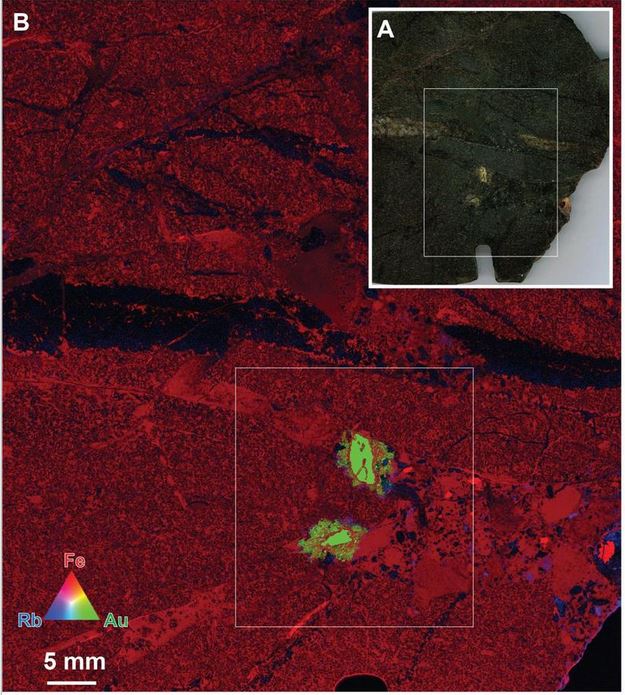 Maia Map of nugget-bearing conglomerate sample from Purdey’s Reward project. (A) photomicrograph of sample showing location of nugget. (B) RGB map of field of view highlighted by box in (A), showing distribution of iron (red), gold (green), rubidium (blue).

The imaging results of these 2.8-billion-year-old rocks has unearthed key information about the history of the nuggets. The data suggests a clear hydrothermal influence at some point in their history.

Whether they were originally formed through sedimentary processes is harder to confirm. Hallmarks of their sedimentary origin may have been obliterated by later occurring hydrothermal processes.

Understanding how these deposits form is invaluable when determining new areas for gold exploration.

To learn more about our research in mineral exploration and discovery, drop by our booth at the Australian Exploration Geoscience Conference (AEGC) in Perth from 2 to 5 September 2019.

Got the fever? Discover more gold

Previous post:
Great leadership in innovation and science
Coming up next:
Health and sustainability market could be worth $25 billion to Australian producers by 2030