Diving deep into the shallow reefs of Ningaloo Reef

Diving deep into the shallow reefs of Ningaloo Reef

We are mapping the shallow reefs of Ningaloo Reef to understand more about coral growth and marine ecosystem health. 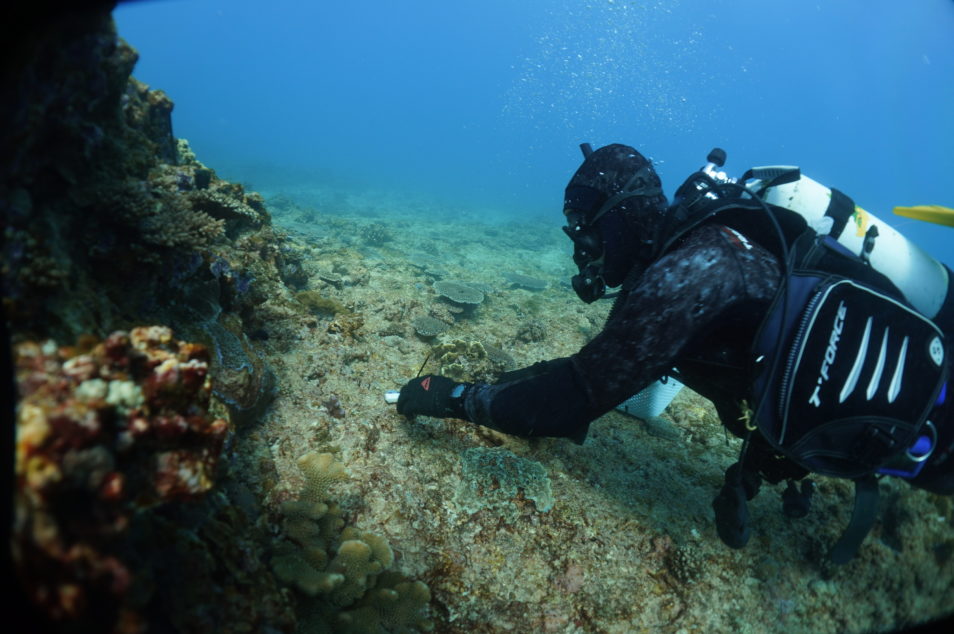 Studying skeletons of the coral kind and recording microplastics. These activities were all in a week’s work for marine ecologist Damian Thomson and his research team.

They ventured to Ningaloo Reef to map the extensive shallow coral reefs. This provides intel on how healthy the corals are. The team also took water samples to look for and record microplastics.

Growing our knowledge of coral growth

The reefs of Ningaloo were hit by a significant coral bleaching event in 2010. Monitoring how the coral reefs are tracking is critical to understanding coral health and recovery. And for the fish and other sea life that call Ningaloo Reef home.

“We’ve been building long-term data sets to map Ningaloo’s shallow reefs since 2006. Our mapping determines how fast the corals are growing, and if there are any changes to the reef over time,” Damian said.

“This will also help predict how the corals will respond to disturbances, such as severe weather, sea-level rise or future marine heatwaves.”

Map the shallow reefs – in 3D!

“The technology enables us to better understand the dynamics of Ningaloo’s reefs by documenting the survival and growth of corals. And many more than we could measure with traditional methods. We can also record changes in the reef’s structure, which is important for understanding relationships between coral and fish,” Damian explained.

Preliminary results suggest growth rates of some shallow corals may be much higher than previously suspected, most likely due to optimal light conditions.

The highs and lows of coral growth

“The bioerosion samplers consist of a coral skeleton, which we scan to create a high-resolution 3D image. We repeat the scans after they have been in the water for 12-24 months to then measure the change in the number and size of holes in the skeleton,” Damian said.

“Changes in the number and size of holes in the skeleton show how much erosion has occurred. This can occur when fish nibble into them, or if mussels, sponges or worms bore into the coral and eat away at it.”

The growth rate of coral minus the rate of bioerosion gives us the overall coral growth rate.

“Using this technique means we can accurately measure the rate of bioerosion across a wide range of reef habitats. Its information is critical to determining the reefs ability to keep pace with predicted sea-level rise. This includes the wave-exposed reef slope areas of Ningaloo Reef, which scientists have never mapped before,” Damian said.

The team also conducted incubation experiments with about 70 hard corals and CCA to measure coral growth.

“We collected small bits of coral and put them into tubes. We then exposed them to sunlight and darkness over a couple of hours. Our team then measured any changes in the water chemistry to determine how quickly the corals and CCA were metabolising and growing,” Damian said.

The team is also using loggers to measure water movement on the seafloor. The loggers reveal how quickly water is flowing over the reef.

“This is important because we know water movement can impact how quickly corals grow, as well as their overall shape and size,” he said.

“More water flow generally favours corals which grow close to the seafloor and means they are smaller in size. The loggers also help us to validate our hydrodynamic models.” 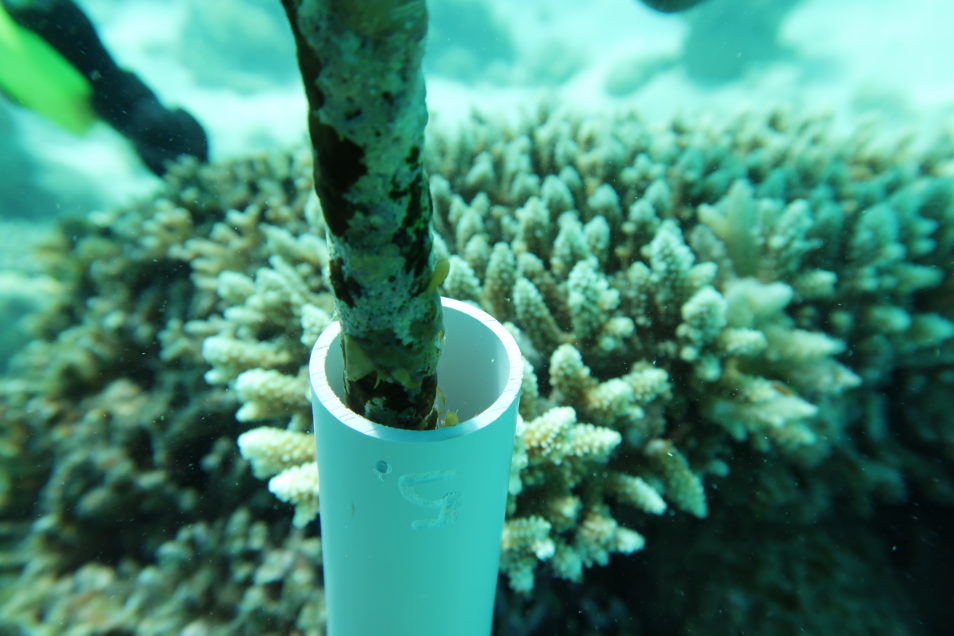 As part of our broader research to understand plastic pollution, we recently provided the first global estimate of microplastics on the seafloor. It’s estimated there are 14 million tonnes of it in the deep ocean.

At Ningaloo Reef, we’ve also completed water and land-based microplastic sampling to understand the extent of the plastic pollution issue in this remote location.

Plastics that end up in the ocean can deteriorate and breakdown, ending up as microplastics on the seafloor. Rubbish can also travel vast distances, influenced by weather and waves, so despite its remote location Ningaloo Reef is not immune to the plastic pollution problem.

We sampled and filtered the water column and sea surface to look for microplastics. This is the first time we have done this at Ningaloo. Our results will provide more insight into the amount of microplastics at Ningaloo. This builds on our extensive marine debris surveys on larger pieces of rubbish which showed Ningaloo is one of the cleanest reefs in the world.

This field trip was part of our Ningaloo Outlook program, a partnership with BHP. We have been working together since 2015 to increase our understanding of Ningaloo Reef.  Together, we have invested a further $7 million to conduct research until 2025. This includes research on whale sharks, turtles and deep-water habitats.

Our top discoveries so far at Ningaloo Reef

END_OF_DOCUMENT_TOKEN_TO_BE_REPLACED 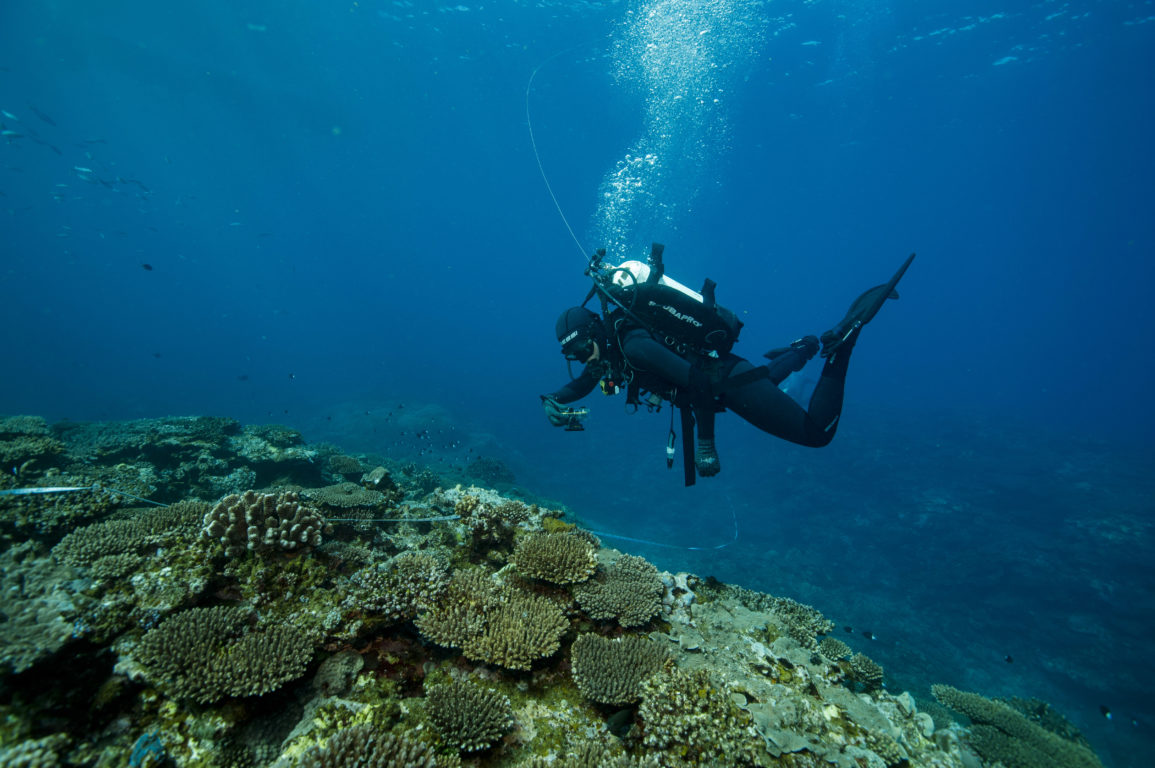