This is heavy Doc - the periodic table has expanded again with the addition four new super-heavy elements. But why do we bother searching for them in the first place? 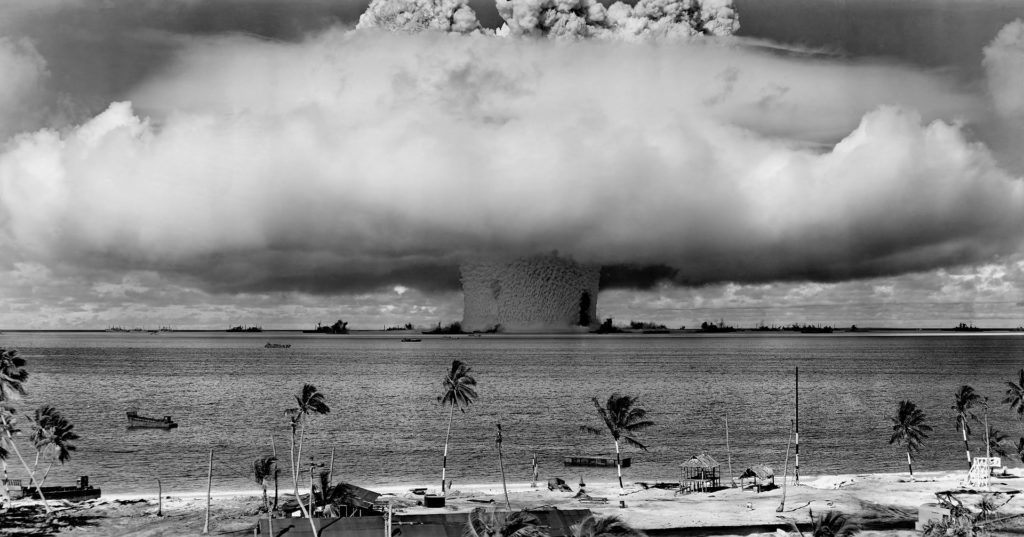 So the periodic table has expanded again with the addition late last year of four new superheavy elements, bringing the known total up to 118.

But the hunt for new elements started with efforts to develop nuclear power and the atomic bomb during World War II. At the time, uranium was the heaviest known element, sitting at number 92 in the periodic table.

Researchers quickly discovered that when uranium is placed in a nuclear reactor, a complex sequence of interactions leads to the production of several so-called transuranic elements (elements beyond uranium).

Probing around in the debris of the first hydrogen bomb test revealed two further transuranic elements, einsteinium and fermium, bringing the total to an even 100.

Some of these elements are more commonly encountered that you might think. Most families would own some americium (element number 95) in the form of an every-day smoke detector, and californium (number 98) is widely used in industrial analysers. At a cool US$60 million dollars per gram, however, californium is about a million times more expensive than gold.

Beyond the century element

Beyond element 100, not even a hydrogen bomb is powerful enough to make progress, and scientists had to change tack in their quest for ever heavier elements. They substituted finesse for brute force, using particle accelerators to fire atoms onto carefully chosen targets.

Under the right conditions, the nuclei of atoms in the beam and target can fuse together and produce new elements. Fittingly, the first element made in this way, mendelevium, was named after Dimitri Mendeleev, the creator of the periodic table. 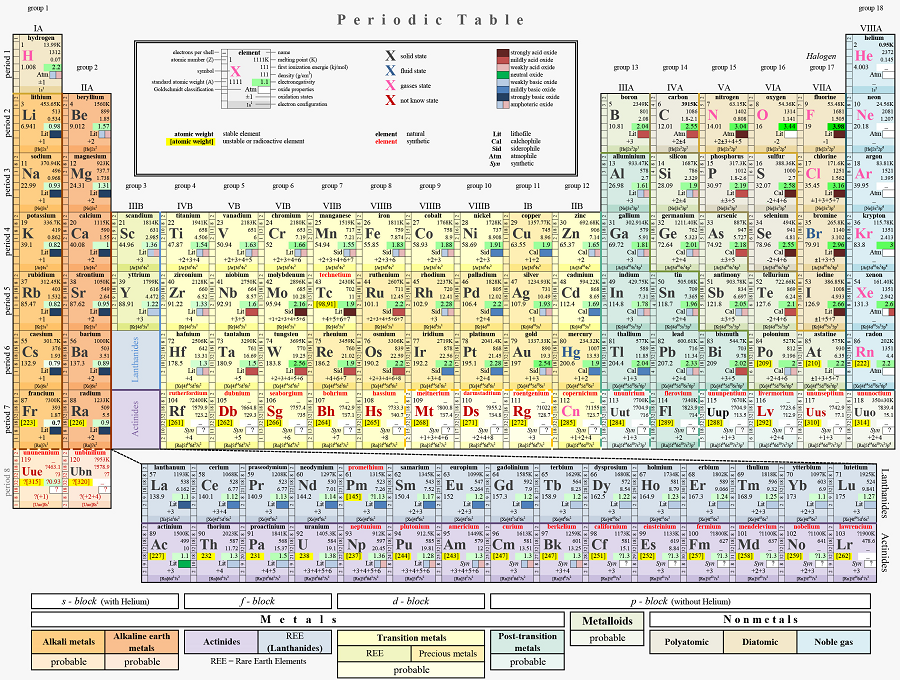 Russian and American scientists continued to push forward through the 1950s, 60s and 70s, eventually reaching element 106. Reflecting the tensions of the Cold War years, priority for discovering these elements was strongly contested, with claims and counterclaims over ambiguous experimental results.

Not until 1997 did the International Union of Pure and Applied Chemistry (IUPAC) credit the discoverers of these elements and announce official names, mostly based on US and Soviet scientists and cities.

German researchers added a strongly European flavour to the naming scheme, honouring the physicists Niels Bohr (bohrium), Lise Meitner (meitnerium), and Wilhelm Röntgen (roentgenium), the astronomer Nicolaus Copernicus (copernicium) and their home city and state – darmstadtium and Hassium are named after the town of Darmstadt and the German state of Hesse (passing through Latin along the way, which changes the ‘e’ to an ‘a’. Nothing’s ever simple!).

Only a handful of atoms of these elements have ever been produced.

First, the probability of two nuclei successfully fusing to form a new element rapidly decreases. Second, these super-heavy elements are extremely unstable, so any atoms produced have a fleeting existence. And third, it becomes increasingly difficult to untangle the complex signatures that reveal their momentary creation and decay.

Reflecting improved international relations in the post-Glasnost era, most of the recent discoveries have been credited to collaborations between US and Russian researchers. Elements 114 (flerovium) and 116 (livermorium) were announced by the IUPAC in 2012.

The most recent announcement awards discovery of elements 115, 117 and 118 to the same groups. A Japanese team, working independently, has been recognised for element 113.

Producing even a sniff of these super-heavy elements is a heroic endeavour. To discover element 118, for example, experimenters fired a beam of calcium atoms for months at a time onto a target loaded with the element californium.

The odds of any one calcium atom fusing is tiny, roughly the same as winning the Oz Lotto jackpot, but then being killed by a lightning strike 15 minutes later.

The work resulted in just three atoms of the new element, each of which lasted for about 1000th of a second. Registering these atoms is just as difficult: a sophisticated detector system is need to pick up the cascade of radioactive decays which end with the atomic nucleus blowing itself apart.

Why the search for new elements?

All of which begs the question: why bother? After all, it’s hard to come up with a practical use for an element that takes so much effort to produce and lasts for so short a time.

Studying these super-heavy elements can teach us not only about the forces involved in atomic nuclei, but perhaps surprisingly, also about what goes on when stars die.

When a massive star explodes as a supernova, the extreme conditions could be just right for producing super-heavy elements. There are theoretical hints that some of these elements may buck the trend of increasing instability and exist in long-lived forms, an effect known as “the island of stability”.

Current earth-bound experiments are just probing the shores of this island, but will help us determine whether these super-heavy elements could already be present in the universe. Searches in terrestrial rocks and in debris from space have so far drawn a blank, but researchers continue to hunt.

The four new additions to the periodic table have only temporary names at the moment. Rights for naming them go to the discoverers, although the IUPAC imposes strict rules.

Japonium has been suggested as a candidate for element 113, which would make it the first element starting with J. Now if scientists can just come up with a good name starting with Q, the periodic table would be alphabetically complete.

Previous post:
Things that sting: how do Aussie insects measure up on the pain scale?
Coming up next:
Packing enough stores for a 58 day voyage on Investigator is epic!