Science and Art: X-ray vision into the world of fishes

Science and Art: X-ray vision into the world of fishes

Digital X-ray of the orange perch. The numbers and arrangements of skeletal elements of fishes (such as vertebrae and fin rays) are often unique to individual species.

A new digital X-ray unit is creating sublime images that are helping taxonomists sort the fish from the fish.

Thanks to their new Digital X-ray Unit, the Australian National Fish Collection (ANFC) is producing stunningly detailed digital images. The unit is one of a few in Australia with micro-focus (magnification) capabilities critical to the naming and classification of fish species.

ANFC ichthyologist John Pogonoski says there have been quite a few ‘A-ha’ moments, such as when he recently confirmed the identification of a tiny coral reef fish located in the Great Barrier Reef that had not been seen since it was first collected in the 1870s.

“The fish wasn’t much larger than my thumbnail and I needed to check for the presence of a tiny bone – needless to say the task was made much easier using the Digital X-ray”, John said. 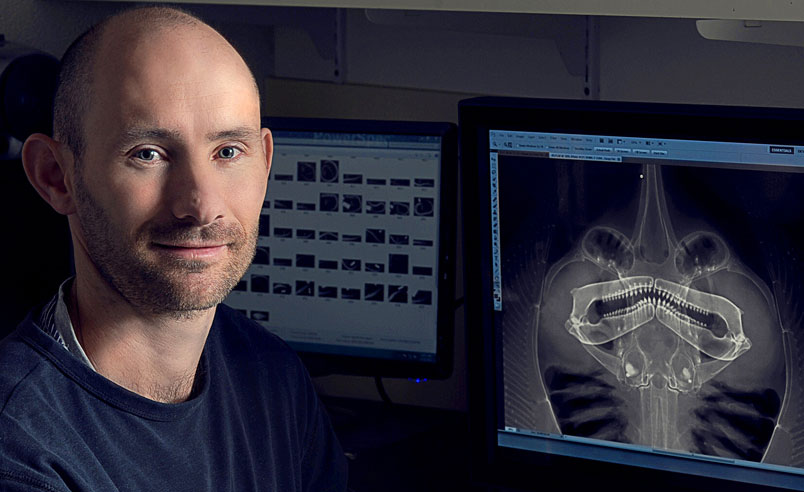 To maximise the potential of the system, John has learned digital X-ray image capture and enhancement techniques from an image specialist at the Smithsonian Institution, where similar systems have been used for about 10 years.

Digital X-rays have a much larger tonal range than previous film X-rays, rendering the final images clearer for scientists to interpret, and after a bit of image enhancement, they transform into beautiful black and white artworks.

The numbers and arrangements of skeletal elements of fishes, such as vertebrae and fin rays, are often unique to individual species, so this information can be the decisive piece of evidence to confirm their identification.

Accurate species identification is necessary to understand distributional ranges, preferred habitats and biology of individual species, so in theory the better the identification of a species, the more equipped conservation, fishery and resource managers are to manage ecosystems.

“Current estimates show the Australian fish fauna to number around 5000 species, and additional species continue to be discovered”, John said.

“With such a large fauna to document by a dwindling number of fish taxonomists, we need to take advantage of tools that increase the speed and accuracy of fish identification.” 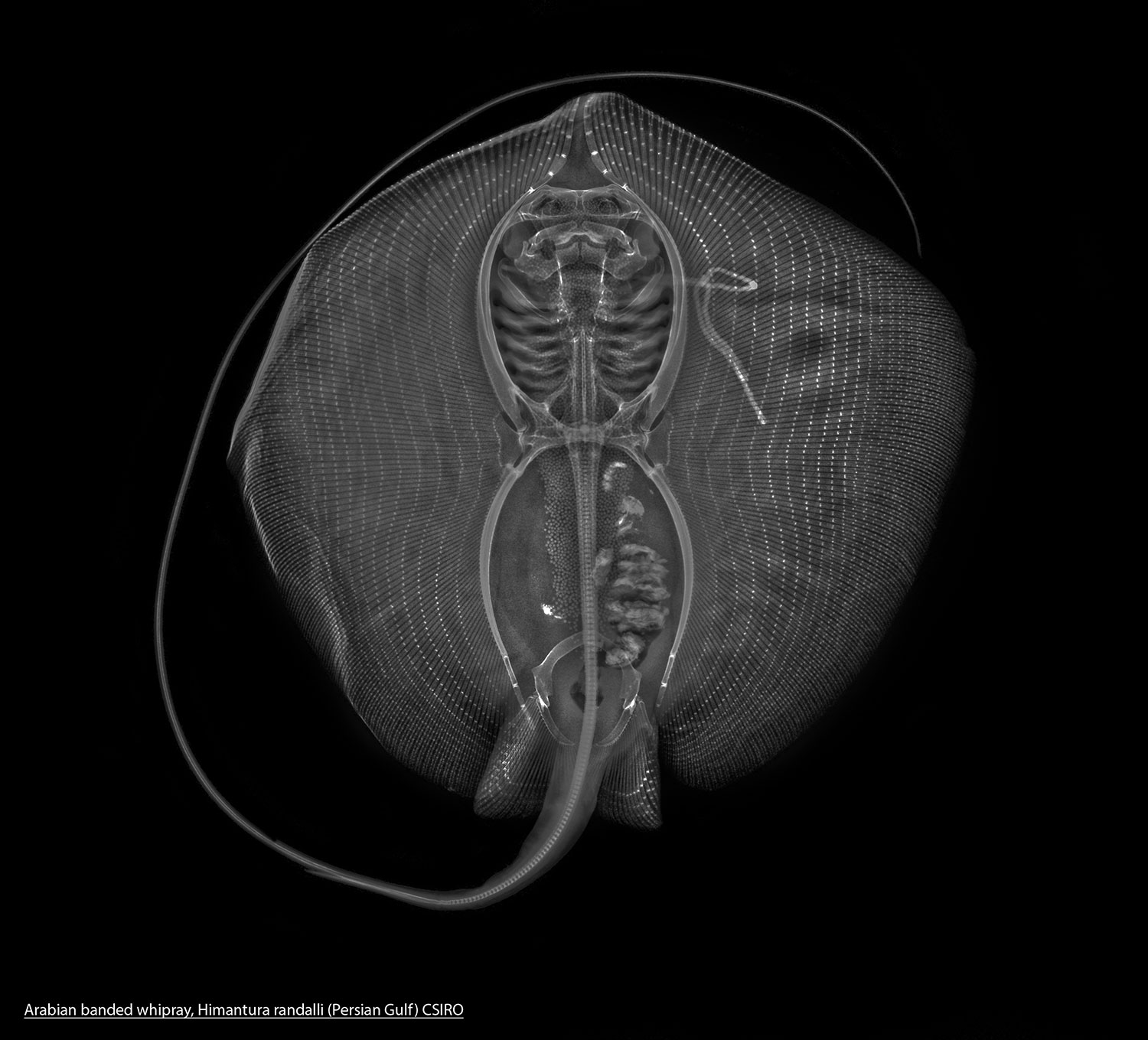 Digital X-ray of the Arabian banded whipray. Digital X-rays have a much larger tonal range than previous film X-rays.

Previous post:
Bridging the broadband gap
Coming up next:
Southern Surveyor in port in Hobart