Salps: the jelly beans of the sea, washing onto a beach near you this spring!

Salps: the jelly beans of the sea, washing onto a beach near you this spring!

Have you ever wondered what those strange jelly-like globs on beaches are, which seem to bloom or swarm in their hundreds, if not thousands, every Spring? 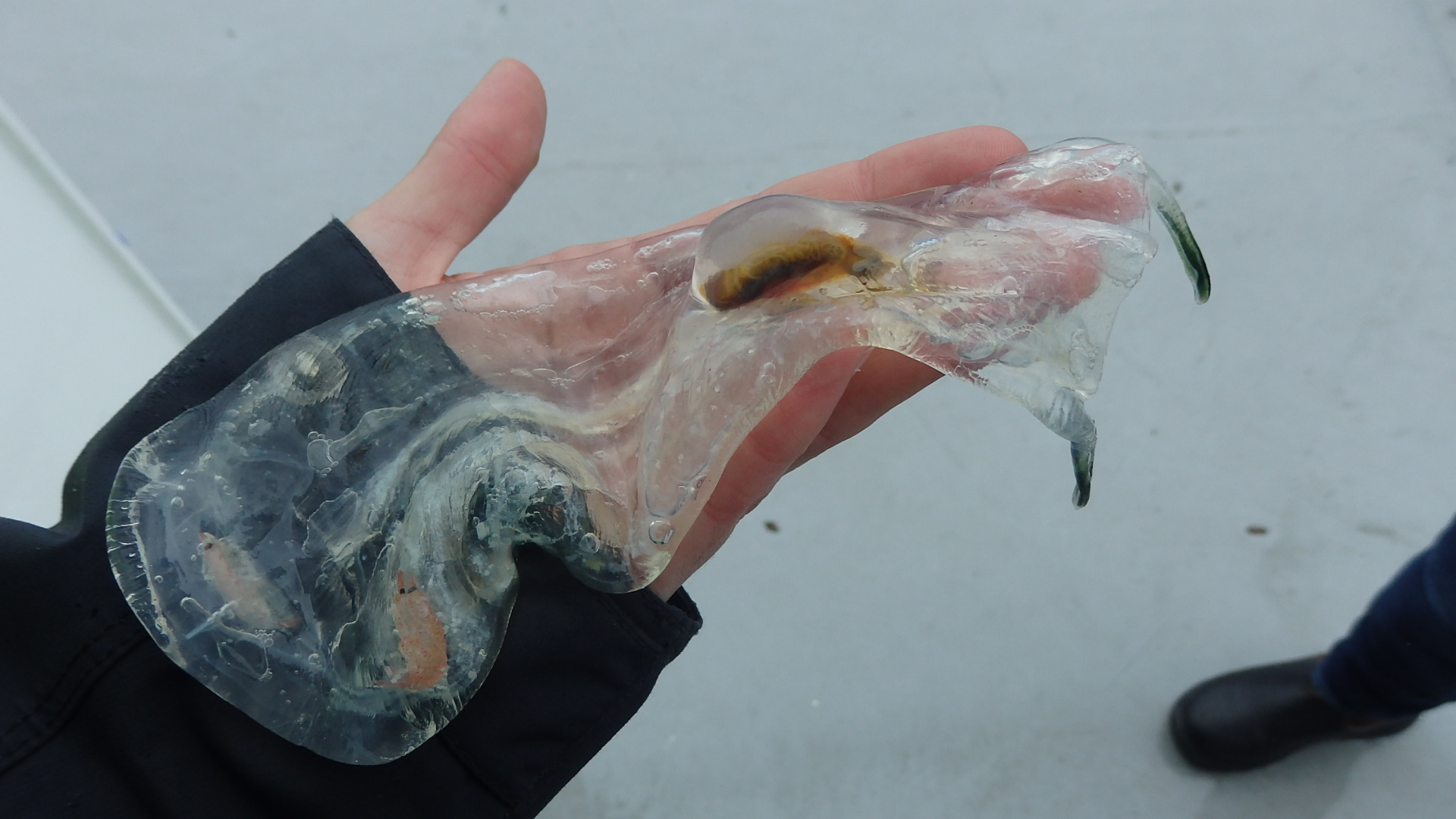 THIS MEDIA RELEASE WAS DISTRIBUTED BY UNSW ON 29 OCTOBER 2015

Have you ever wondered what those strange jelly-like globs on beaches are, which seem to bloom or swarm in their hundreds, if not thousands, every Spring?

Well they’re salps, and most ocean fish species love to eat them, much in the same way that humans (generally) love to eat jelly beans.

Salps are usually regarded as not much more than irritants, as they weigh down fishing nets and cover beaches. UNSW Australia marine biologist Professor Iain Suthers, however, is fascinated by these gelatinous zooplankton.

“These astonishing creatures have the ability to increase their size by five per cent per hour, and range in size from the tip of a little finger to a shoebox,” Professor Suthers said.

“They can survive between two weeks and three months before being eaten by mackerel and tuna, or slowly falling to the seafloor where they collect in vast tonnages.

“Salps also have tremendous potential for carbon sequestration, because they feed on the phytoplankton that absorbs carbon dioxide.

“There’s concern the Earth is becoming a more gelatinous ocean and that perhaps there has been an increase in salps and jellyfish in the past fifty years. However, we found no statistical difference between data collected in 2008-2010 with that obtained in 1938-1942.”

Asked whether he’s ever eaten them, Professor Suthers exclaimed, “Yes!” He describes them as “mostly salty, and more nutritious than normal jellyfish”.

Professor Suthers’ research is detailed in a new book by CSIRO Publishing – Southern Surveyor: stories from onboard Australia’s ocean research vessel, which follows the adventures of the men and women on board the CSIRO Marine National Facility research vessel.

For 10 years, the Southern Surveyor represented the vanguard of Australian blue water marine science. On more than 100 voyages, this former North Sea fishing trawler, with her distinctive blue and white livery, carried scientists and technicians across the Southern, Pacific and Indian Oceans as well as the waters off northern Australia.

Previous post:
You spin me round (like a startup)
Coming up next:
A salp swarm or bloom captured at sea!