Rotating sea cucumbers is kind of a big deal

Rotating sea cucumbers is kind of a big deal

We've found rotating the harvest zone improves biological and economic performance of the fishery, as well as lengthening the rotations out to six years. 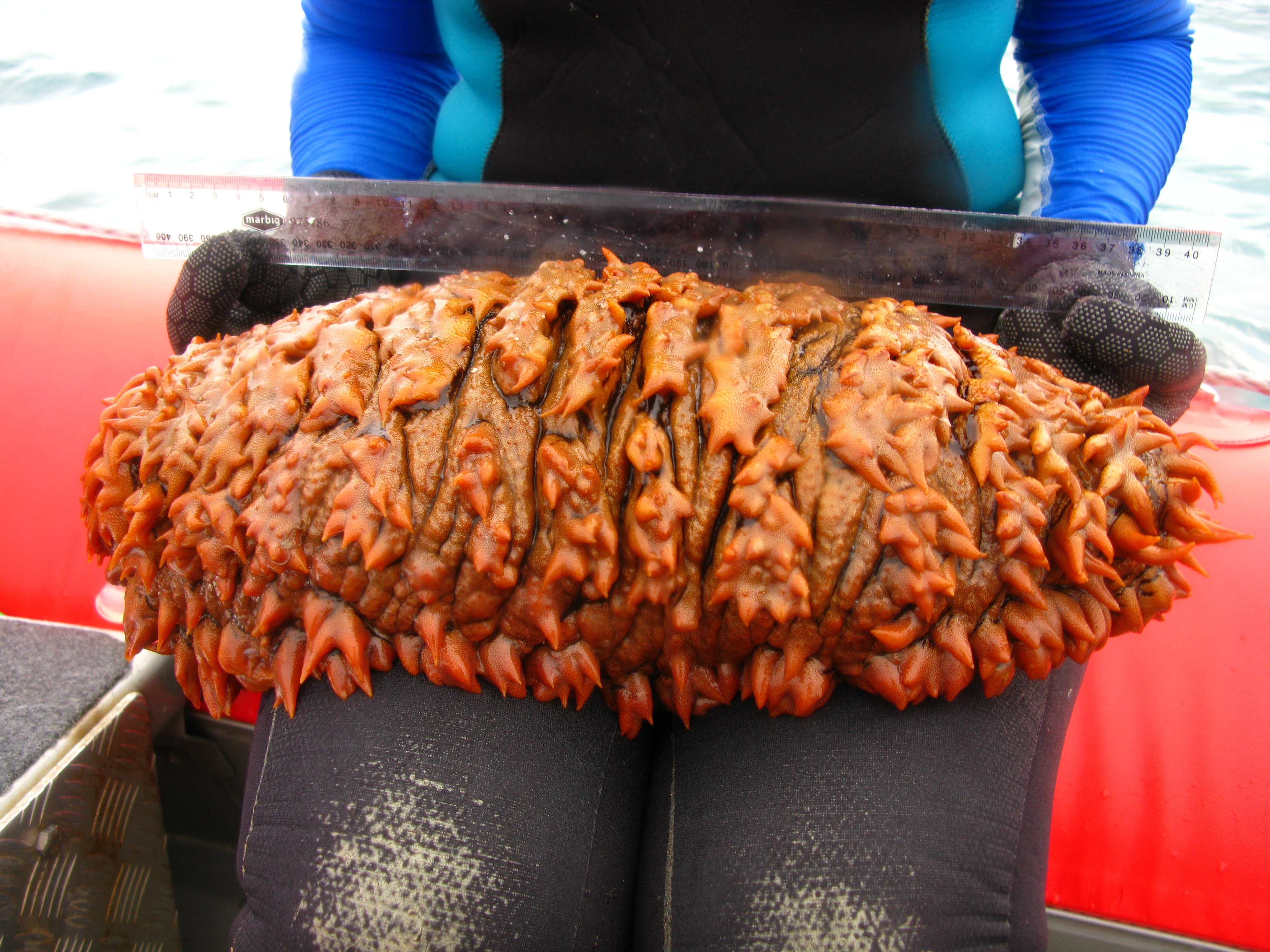 A sea cucumber that looks slightly like a pineapple

The poor old sea cucumber doesn’t fare very well in the oceanic food chain. They’re slow-moving, (cu)cumbersome creatures that are considered a delicacy by us humans… and they even cop the brunt of Nemo’s swim up comedy routine. But they’re also an important source of income for many coastal communities around the world, particularly in the South Pacific. This is why they need to be rotated (but we’ll get to that in a bit).

Sea cucumbers, when processed and dried, are turned into bêche-de-mer, which is considered a delicacy in Chinese culture. Demand for bêche-de-mer has increased markedly in the last few decades.

The ugly cousins of the star fish are part of the benthic family of marine organisms. These bottom dwelling creatures are slow and sluggish and literally cannot move quickly enough to save themselves. That combined with their easy accessibility and high value means that sea cucumber fisheries around the world are easily overfished and many fisheries have collapsed.

In Australia, the Queensland east coast bêche-de-mer fishery is perhaps Queensland’s oldest, with harvesting starting in the mid-nineteenth century and continuing up until the beginning of WWII. A revival of the fishery did not occur until the late 1980s. With this resurgence new management systems were introduced to protect the fishery. Since then various management strategies have been implemented to align with management acts and regulations that influence this fishery.

The modern Australian bêche-de-mer fishery provides to the livelihoods of fishers from coastal communities in northern Queensland. It is typical of many small scale fisheries in Queensland and Australia in that it is difficult to do a detailed stock assessment, and hence there have been few undertaken. 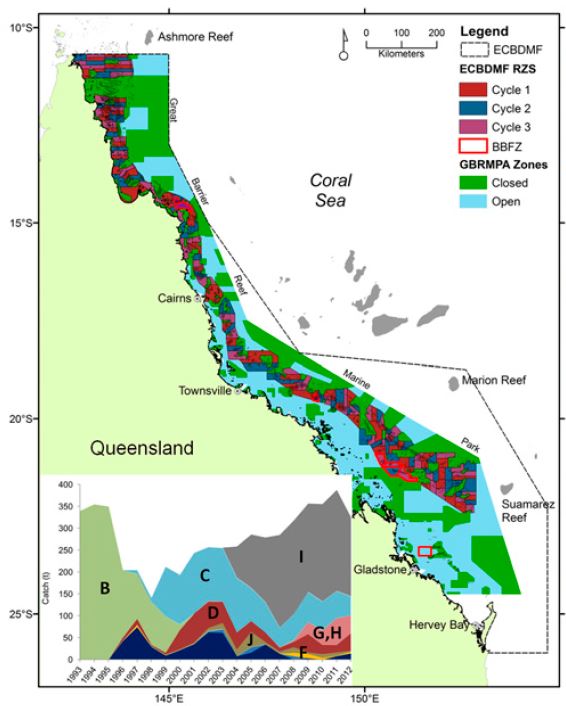 This is where the rotating sea cucumbers might start to make sense.

Management agencies and industry have attempted to mitigate risk to sea cucumber populations by introducing rotational fishing zones that limit the catch, spread the activity and improve the overall sustainability of the fishery. A management strategy that humans have used on land for centuries, rotational harvesting has been less commonly applied to marine resources.

This strategy has been applied in the Australian east coast fishery and seen the creation of 154 fishing zones that can be fished for single 15 day periods every three years. Essentially, the zones are rotated…but the effectiveness of this strategy needed testing.

Research published this week  by a CSIRO research team has shown that there are clear advantages to a spatial rotation harvest strategy. Using a quantitative modeling approach, the team showed that rotating the harvest zone improves the biological and economic performance of the fishery. They also found that lengthening the rotations out to six years can be helpful too. 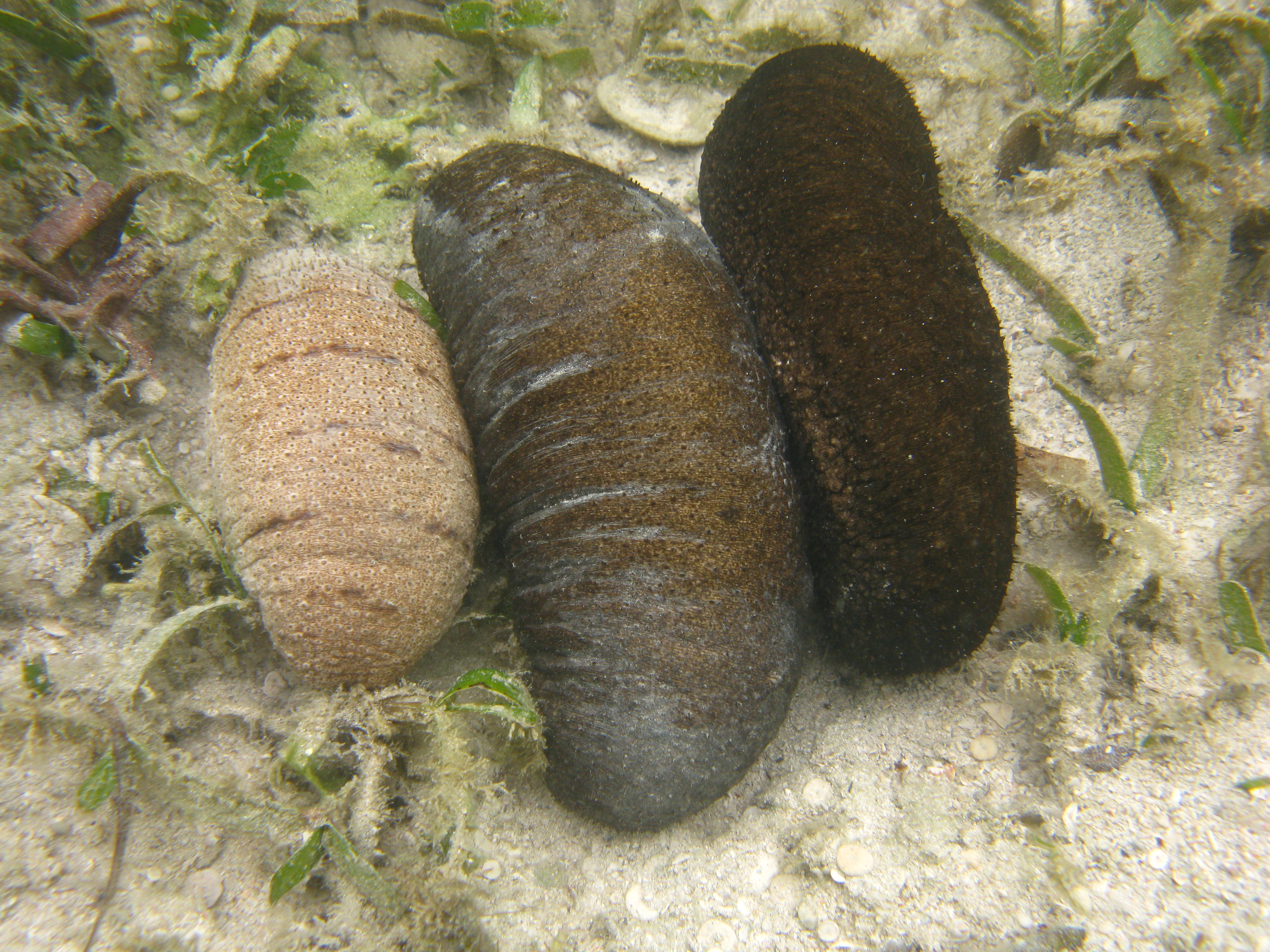 The greatest benefit of rotational harvesting was measured for the slowest growing slugs in the sea, and also for the tastiest, who suffer under high fishing intensity.

This finding has applications for sea cucumber fisheries across Australian waters, as well as regional fisheries in South Pacific countries and south-east Asia. There are also global applications, particularly in other fisheries like abalone, geoduck clams and sea urchins that can be susceptible to overfishing.

There is potential for expansion of the Australian sea cucumber fishery in terms of both volume and value of products by spreading the fishery effort widely. We cannot say however if this will lead to sea cucumbers appearing on many local menus any time soon. But in the meantime, please keep your sea cucumbers rotating!

Previous post:
RV Investigator in Sydney!
Coming up next:
Another kind of Southern Lights