Radio astronomy: the next generation

Radio astronomy: the next generation 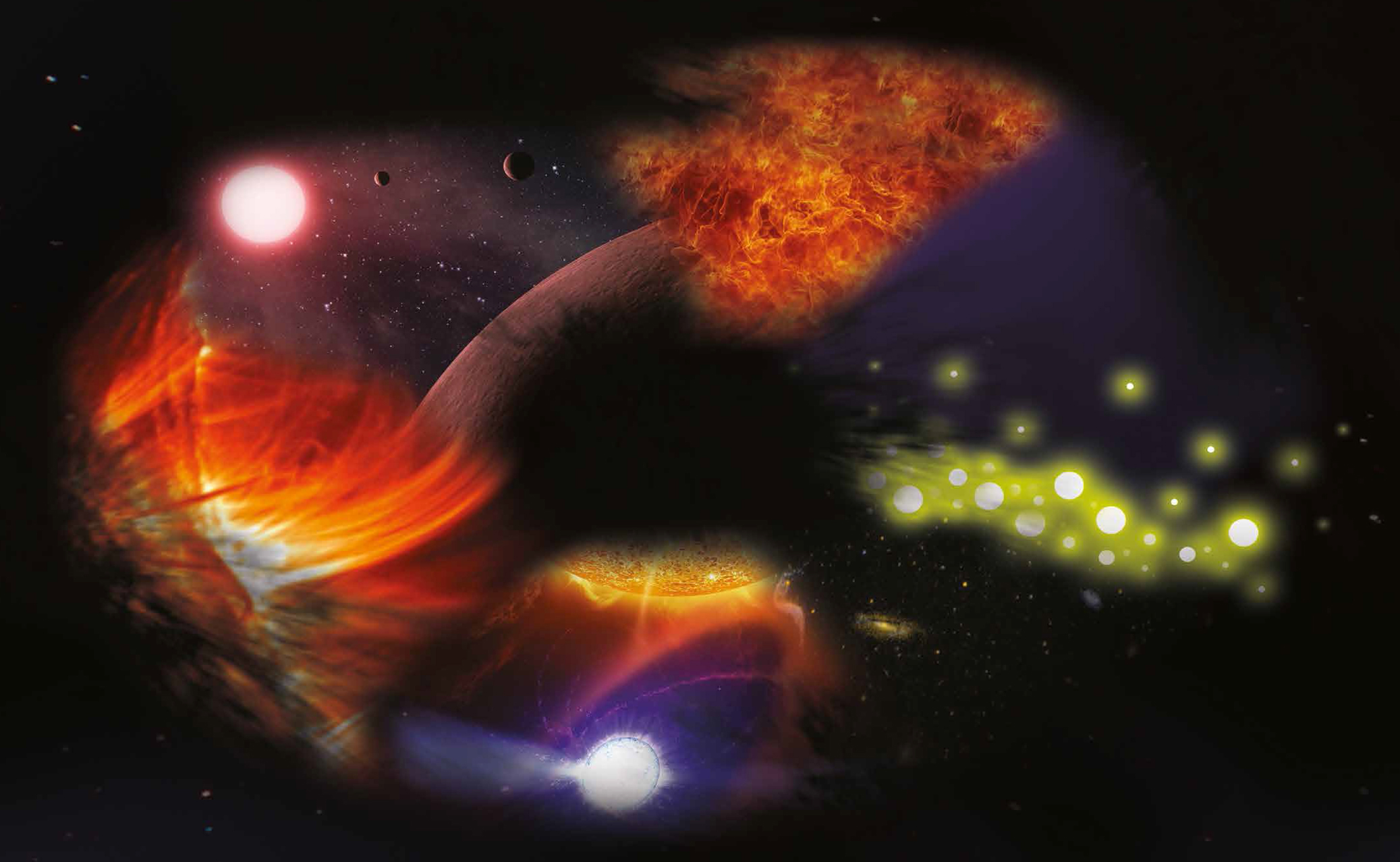 The Square Kilometre Array will further our understanding of the Universe and fundamental physics. Image: SKA Organisation.

Game changing, fascinating, exciting, inspiring. There was no shortage of positive adjectives used to describe the science that will be possible with the Square Kilometre Array (SKA) in the Twitter chatter that exploded last week.

Most of the world’s most influential radio astronomers were gathered in Giardini Naxos – at the base of Mount Etna, Europe’s most active volcano – for the ‘Advancing Astrophysics with the Square Kilometre Array’ conference*. And there was an explosion of tweets, presentations and conversations on the scientific direction that the world’s largest radio telescope will take.

Thank you #skascicon14 for inspiring me with SKA science. I can't wait to get home to inspire @CSIRO_ATNF engineers with your vision.

The astronomers were there to discuss the ‘science case’ for the SKA, a 130-chapter document that will highlight the types of science – from cosmology, pulsar science and gravitational wave astronomy to cosmic magnetism and the search for life beyond our Solar System – that will be done with the observatory.

The last SKA science case was published 10 years ago. The updated case, to be released later this year, will reflect the advances in radio astronomy and engineering that have been made over the past decade.

Dr Naomi McClure-Griffiths was one of the CSIRO astronomers who participated in the meeting: “For me, the highlight was seeing the incredible breadth of science that will be done with the SKA.

“The SKA will be a very powerful telescope set to answer some essential questions about the Universe. But as [fellow CSIRO astronomer] Ray Norris reminded us, probably the most exciting discoveries will be things we have not yet thought of,” says Naomi.

There were several SKA science ‘headlines’, which included:

And some of the first science images taken with ASKAP – our own SKA precursor telescope – were unveiled.

But it wasn’t just science with the next generation of radio telescopes getting everyone excited.

“I have been going to SKA meetings for over 10 years but this one felt very different,” says Naomi. “There’s a new, young, fresh community getting involved in SKA science now and they are coming up with ideas that we hadn’t dreamed of 10 years ago.”

“I definitely came away from the week feeling renewed excitement about all that the SKA will bring.”

The ‘Advancing Astrophysics with the Square Kilometre Array’ conference was held in Giardini Naxos, Italy, 8-13 June 2014.

Previous post:
Explainer: El Niño and La Niña
Coming up next:
The first images from ASKAP reveal slices through space