We've taken our solar thermal tech to a Mediterranean getaway, and built a field of 50 heliostats with the power to boil a kettle in less than five seconds.

Have you ever wondered what it would be like to see a solar field constructed in less than three minutes? Of course you haven’t, but what the heck, here it is. 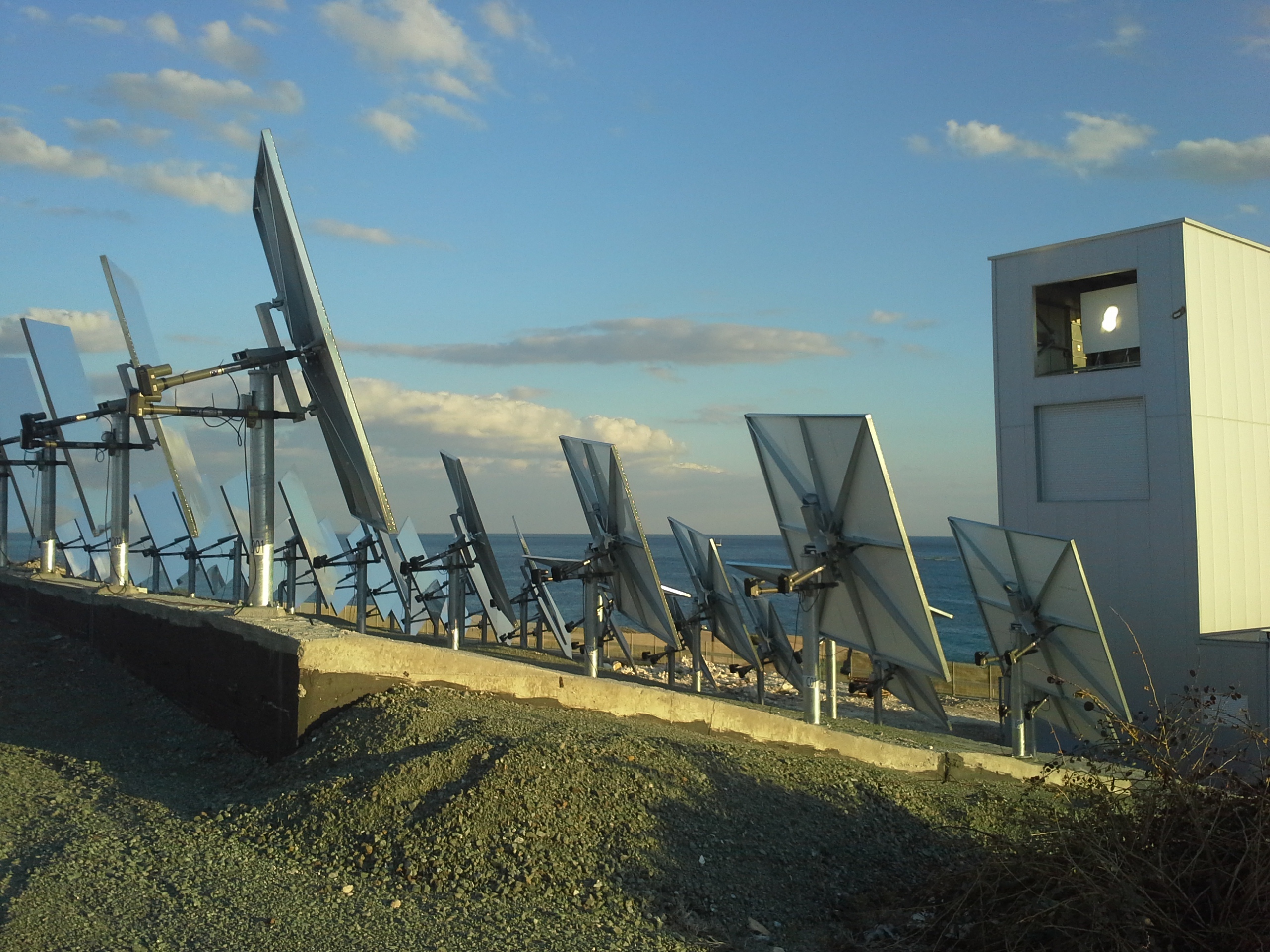 A Mediterranean getaway like no other. This thermal solar field is part of a plan for Cyprus to generate 13% of its energy requirements through renewable sources. Credit: Cyprus Institute

This timelapse footage was taken on the south coast of Cyprus, where our team recently designed and installed a solar thermal field of 50 heliostats (mirrors that reflect the sun’s heat to a central tower) which could generate enough heat to boil a kettle in less than five seconds.

Super quick cups of tea aside, solar energy has enormous potential for Cyprus.

Being the southern-most member of the EU, the country is blessed with abundant sunshine. However most of the island nation’s electricity is generated – expensively – using oil, making solar an attractive option for power generation.

This is good news for Cyprus which, under European legislation, is required to derive 13% of its total energy consumption from renewable sources by 2020.

These are just some of the driving forces behind the Cyprus Institute’s decision to establish a solar thermal research facility at Pentakamo on the south coast, a stone’s throw from the Mediterranean Sea.

For the team in our Energy Flagship, this project was a big step, as it’s the first time we’ve deployed this cutting edge technology outside of our own backyard. 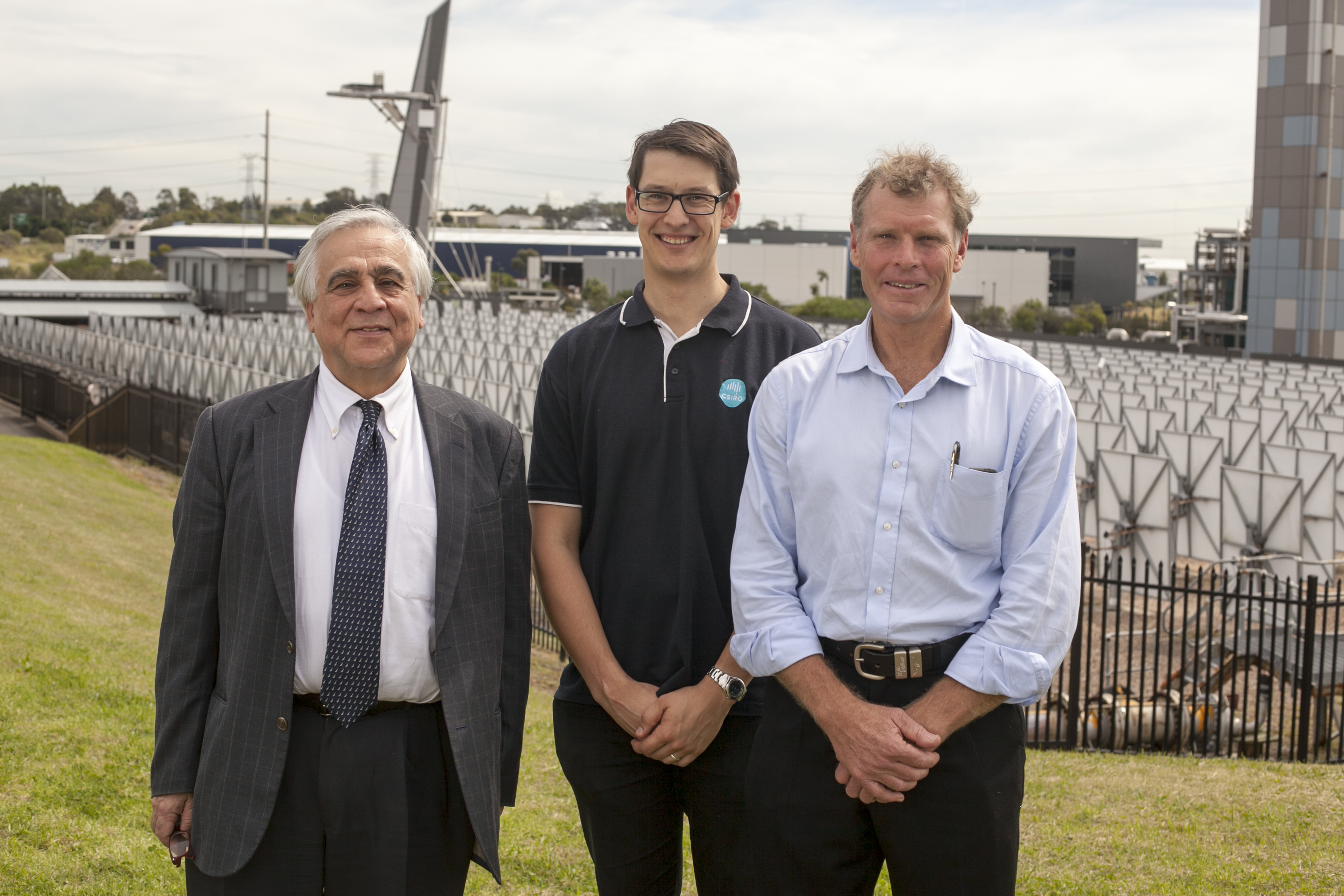 “We’ve developed a lot of confidence building our own fields,” said our solar research leader Wes Stein, “but we were glad to step out of our comfort-zone for the Cyprus Institute because we shared a common goal. They’ve been a fantastic partner, and in fact we’ve just signed a MoU to further the partnership and undertake joint solar research with them.

“The project has given us a strong understanding of how to deploy these projects outside of our own safety zone and into other environments. And that’s where we want to go, we want solar thermal to be commercialised by building on the good research that we’re doing now.”

With a unique and smaller than usual design, our high-performance heliostats are well suited to the rugged terrain on Cyprus’ south coast. They also give the user more control over the intensity of the solar concentration and versatile installation.

Solar-thermal tower technology uses many mirrors (heliostats) that accurately track the sun, reflecting light towards a receiver on top of a tower which heats a fluid. The heated fluid is then used to drive a turbine for generating electricity and, in the case of the Cyprus Institute’s research, also powering a sea-water desalination plant.

As thermal energy can also be stored relatively cheaply compared to other technologies, there’s great potential for large-scale power generation regardless of when the sun is shining.

The experimental facility in Cyprus will be used for demonstration purposes by the Cyprus Institute. In the longer-term, we will be looking into the commercial use of the technology for other Mediterranean islands and the Middle East.

You can read more about the work we’re doing in solar and other renewable energy here.

Previous post:
Some Apple a Day: improving search engine diagnoses
Coming up next:
The seventh megatrend: why Australia must embrace innovation