Put some brain power in your Australia Day BBQ

Put some brain power in your Australia Day BBQ

OK – we are getting in early for the quirky Australia Day angle. The article below is by Dr Damian Frank who is a CSIRO research scientist with Food and Nutritional Sciences.

As you stand around the BBQ this Australia Day, savouring that quintessential aroma of grilling lamb, spare a thought for the selfless service of our unsung national heroes, our estimated 140 million plus sheep (ovis aries). 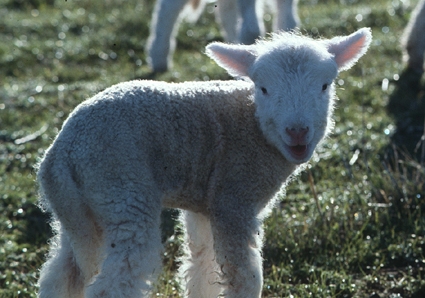 Since arriving with the first fleet, descendants of this compact ruminant quadruped have been tirelessly producing the wool and meat that have helped make Australia a strong trading nation, building multi-billion dollar industries. The Australian sheep meat industry did not just evolve by chance; it has benefited from decades of dedicated scientific research by organisations such as state departments of primary industry and CSIRO.

Without the diverse innovations of scientists, it is unlikely that that your grilled lamb chops would be quite as fresh, juicy, succulent, tender and deliciously flavoursome.

That’s assuming that the cook has not burnt the meat to within an inch of its life! Thankfully, it seems that today’s palates are more sophisticated; the burnt offerings of the past are less acceptable today, as people demand grilled meat, with a nice pink middle.

Even Sam Kekovitch’s latest effort to boost lamb consumption, a brave reinvention of the place of lamb in contemporary Australia culture, indicates that finally the messages from celebrity chefs are trickling down… we are taking more interest in the subtle flavour of our lamb, basting and marinating and importantly not over cooking it!

Uncooked meat doesn’t have much smell, and eating it raw has generally not caught on. The discovery of fire by our ancestors and its application to meat is probably the oldest form of food processing; during cooking a protein, sugars and unsaturated fats break down and react to form an array of intense flavour and aroma molecules. Our olfactory receptors and brains are hard-wired to like the molecular signature of grilled meat; even dedicated vegetarians can find meat aroma delicious and almost irresistible. Cooking meat remains an important ritual in most cultures; modern Australia is no exception. 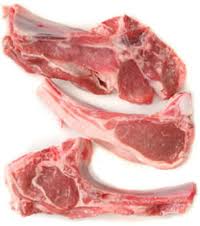 Behind the scenes, a lot goes into getting the texture and flavour of your lamb chop right. The genetics and breeding are important for meat texture; but probably the most important variable affecting flavour is what the animal has been chowing-down on pre-slaughter.

Scientists are studying changes in gene expression at different life stages. A better understanding of key events in building up muscle meat can help identify how to produce meat that is nutritious, healthy, tender and flavourful. These events occur in the embryo, during growth, in response to changes of food and even after slaughter. The laying down of intramuscular fat, which leads to better texture and flavour in the meat, requires a detailed understanding of the interaction of diet and animal metabolism.

The palpable consequences of global warming and the whims of el niño and la niña, are changes in rainfall patterns and drought. Unlike many other meat producing countries, in Australia animals generally graze on pastures and are not fed in feed lots, although they may be fed during drought. Pasture will vary over climate and seasonal cycles, sometimes lacking in nutrients and energy. A severe drought has an impact on the animal’s growth and well being and, not surprisingly, the meat quality.

Insufficient protein or nutrients affect the growth of muscle tissue and the deposition of fat, impacting on meat tenderness and flavour. In a wet year, when pastures are lush, there may be other problems. Some plants may introduce too much of a good thing into the diet, with high protein levels in the pasture resulting in off-flavours such as a “metallic” or “barnyard” in the final meat.

On the grill, it is the rapid reaction of unsaturated fats and amino acids that create the desirable mouthwatering aroma. How subtle differences in the fat and protein profile due to diet impact on the flavour profile is an important area of investigation. Researchers world-wide have long tried to rationally understand the effects of various pasture diets on positive flavour notes and eating quality of lamb.

Anecdotal evidence from farmers and producers is always vital, but rigorous scientific feeding trials are the mainstay of agricultural progress. In a severe drought year, malnutrition and extensive animal mortality are always a threat to farmers. Access to reliable and cost-efficient “finishing feeds” is essential to get through the extreme years. For example, summer and autumn-active forages, such as brassica plant species, are increasingly being used to supply nutrient-rich forages during periods when pastures are low in nutrient availability.

Anecdotally these forages produce offensive odours during cooking. More scientific evidence is required to support this, to enable the farmer to make informed decisions, without impacting negatively on meat flavour. Finding effective, sustainable, cost-effective solutions is a research priority.

Most Australian’s know we’re onto a good thing with lamb. Slightly fatty, sweet and nutty,lamb aroma can be mouth-watering. If it is too strong, it can be objectionable; especially to those from other cultures, unfamiliar with unique grass-fed Australian lamb aroma. When“mutton is dressed up as lamb”, a strong unpleasant odour is often obvious – the offending compounds reside in the fat; trimming the fat usually reduces them. Not entirely, as the intramuscular fat cannot be removed and some odour will remain.

Sometimes a strong mutton aroma could be desirable and even sought out, especially if a “deadly curry” is on the menu. When feasting on a delicately cooked rack of lamb, overpowering mutton flavour is probably not what you want. Minimising undesirable notes and producing lamb with consistent flavour helps Australian lamb producers succeed in existing and new markets.

Finding the compounds responsible for “mutton flavour” continues to be an important research goal, to which Australian scientists have already made an important contribution. The most likely cause being minute quantities of branched chain fatty acids (BCFA). Normally these increase with animal age, however even low amounts of BCFA in young animals can be a problem.

The relationship between breeding and feeding is a complex area that requires effective collaboration of multidisciplinary teams; plant breeders, animal breeders, farmers, geneticists, molecular biologists, food scientists, flavour chemists and sensory and consumer scientists. With their efforts, lamb should continue to be a central part of Australian BBQ culture and also a winning sustainable export item.