We’re taking on the world’s largest marine pollution survey, working with countries and using science to reduce the amount of litter entering our oceans.

We’re taking on the world’s largest marine pollution survey, working with countries across the globe by using science to reduce the amount of litter entering our oceans. 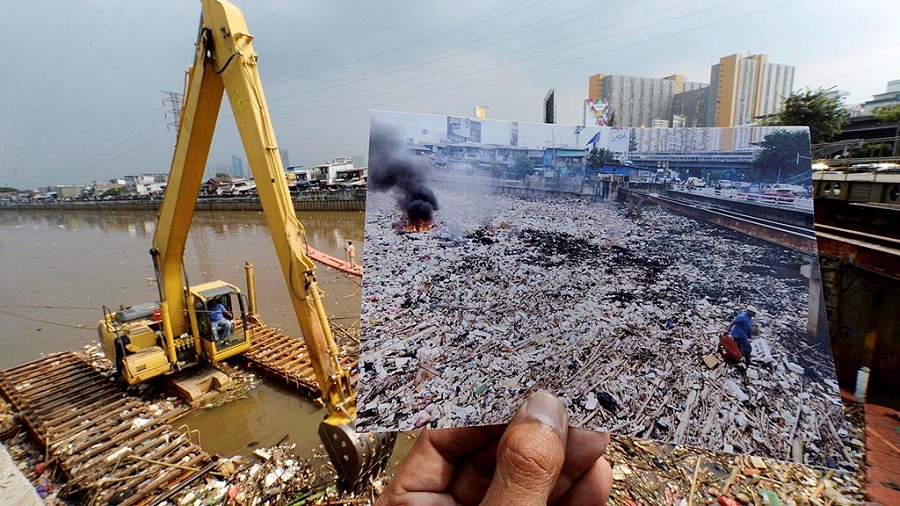 A photo of a location in Indonesia prior to it being cleaned compared with the now-clean waterway.

These photos of a waterway in Indonesia show the marine pollution problem can be solved Credit: Kompas/Wawan H Prabowo

It’s no secret that our oceans and waterways are drowning in waste, a by-product of the world’s economic growth.

To date, the best estimates say there are around 8 million metric tonnes of plastic going into the oceans each year – that works out to be around 16 shopping bags for each metre of global coastline (excluding Antarctica). 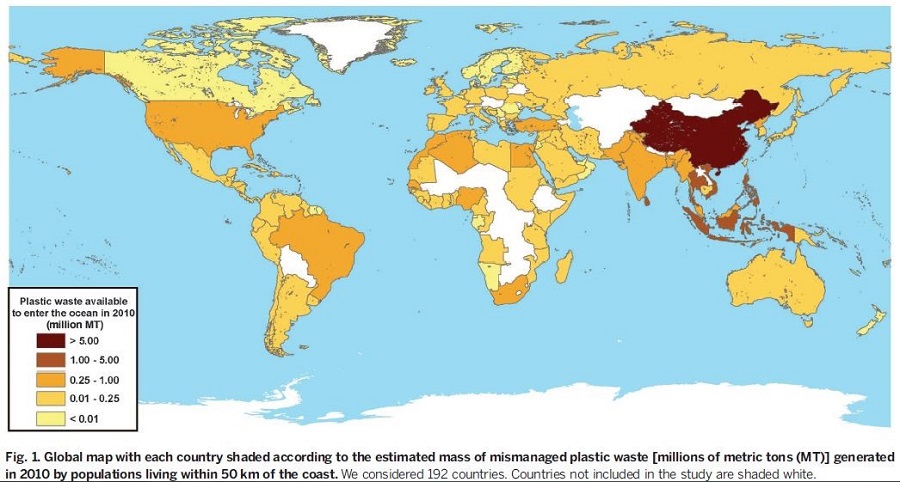 A map of most polluted countries in the world

The best estimates to date of each countries impact on marine pollution (Credit: Jambeck et al. 2015)

More than 690 marine animals are reported to be impacted by this litter, with seabirds and turtles arguably two of the groups of species most heavily affected.

Tube-nosed seabirds like shearwaters, petrels and albatrosses are thought to be attracted to the smell of the plastic, which once in the water and after a bit of radiation from the sun, starts to smell like their food. 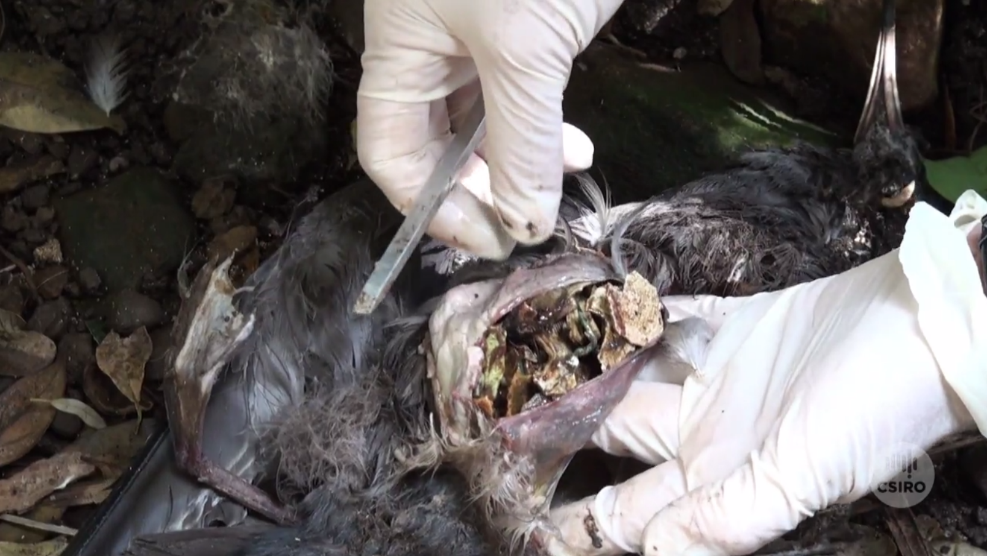 Almost 50 per cent of sea birds have plastic in their guts – a number our scientists expect to climb to 95 per cent in the next 30 odd years.

Turtles also mistake plastic for food and it’s believed that as many as a third of turtles have eaten plastic, mistaking it for tasty jellyfish. 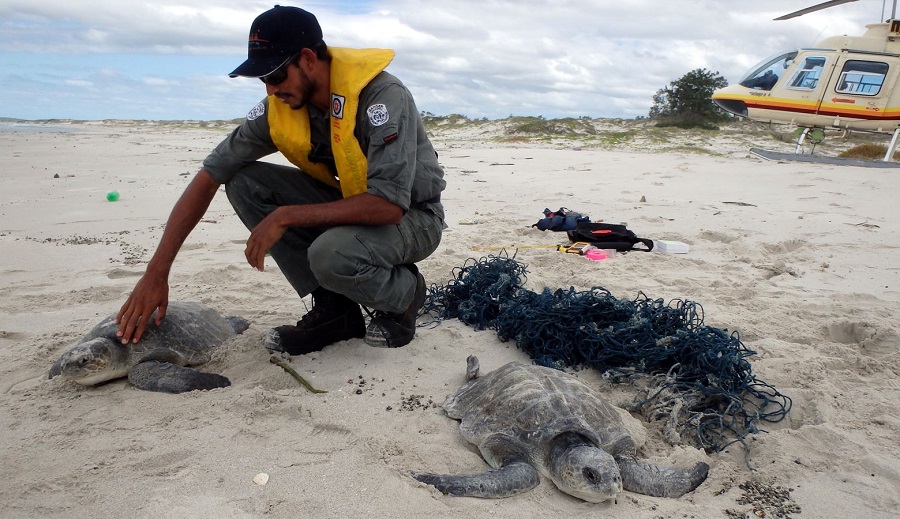 Two turtles being cut out of fishing nets

Turtles are also impacted by other rubbish, especially fishing nets and other gear which in northern Australia is estimated to have entangled around 15,000 turtles.

So what’s being done?

Globally, there’s a consensus that the issue needs immediate attention. In February, our scientist Dr Denise Hardesty presented to the world’s first G20 meeting on marine pollution. And the plastic pollution topic is the official theme for World Oceans Day 2017.

The issue is also front and centre this week at the UN’s Ocean Conference in New York, with the international group’s first target to:

“By 2025, prevent and significantly reduce marine pollution of all kinds, in particular from land-based activities, including marine debris and nutrient pollution.”

How do we tackle such a big issue?

This is where our new research comes in, as we launch the world’s largest marine pollution project.

Some of the world’s top 20 polluters will take part in the project including China, Bangladesh, Indonesia, Vietnam and the United States, plus other countries including Australia, South Korea and Taiwan.

Up until now researchers and policy makers have relied on marine debris estimates based on World Bank data, so this will be the first time anyone has brought together a group of countries to collect on the ground data (literally!) to look at exactly how much litter is entering the oceans.

Leading the research is our marine ecologist Dr Denise Hardesty.

“This is a problem that is absolutely solvable and we’re already seeing some countries make significant improvements,” said Denise. 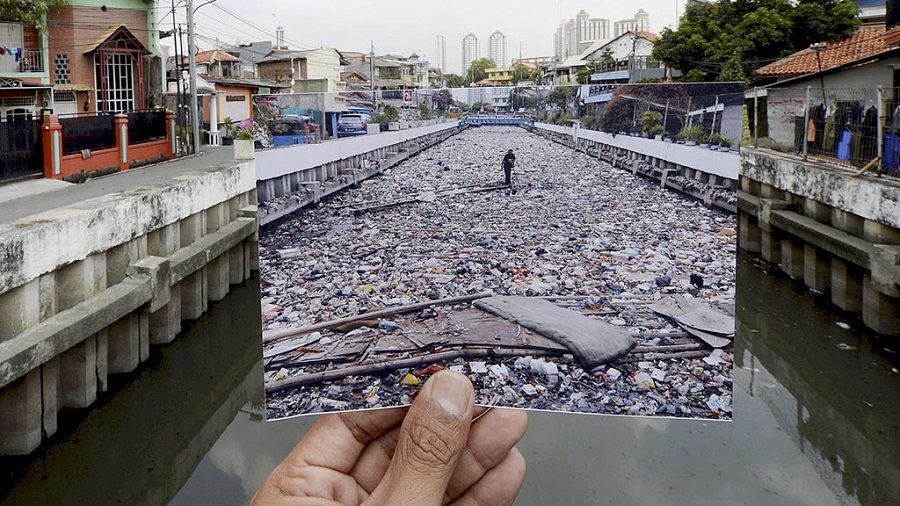 Before and after image of a dirty waterway in Indonesia

Before and after photos of a waterway in Jakarta Credit: Kompas/Wawan H Prabowo

“By coordinating our approach we’ll be able to achieve some quick wins and know where to set our sights for longer-term goals.”

Our marine debris team specialises in looking at how people, wind, the shape of the land and storm water moves rubbish from land out into the ocean.

“We know that almost all litter started off in someone’s hand, and from there it finds it ways from land to the ocean, where it breaks up into smaller pieces,” said Denise.

“By looking at how the litter makes its way into the ocean, we’ll be able to work with countries to implementing interventions and solutions that are underpinned by science.”

We’ll make the data available to participating groups and countries, so they can report what’s happening at the local level and compare this to other countries around the world. Denise and her team are keen to work with as many countries as possible.

The project is a collaboration between CSIRO, Oak Family Foundation and Schmidt Marine.

Find out more about our marine debris research.

Previous post:
Meet the families: A Field Guide to Spiders of Australia
Coming up next:
Five ways older Australians can embrace technology to redefine later life