Plans for mega-telescope coming into focus

Plans for mega-telescope coming into focus

The world’s largest telescope, the Square Kilometre Array, has come a step closer as the plans for its infrastructure are now approved. 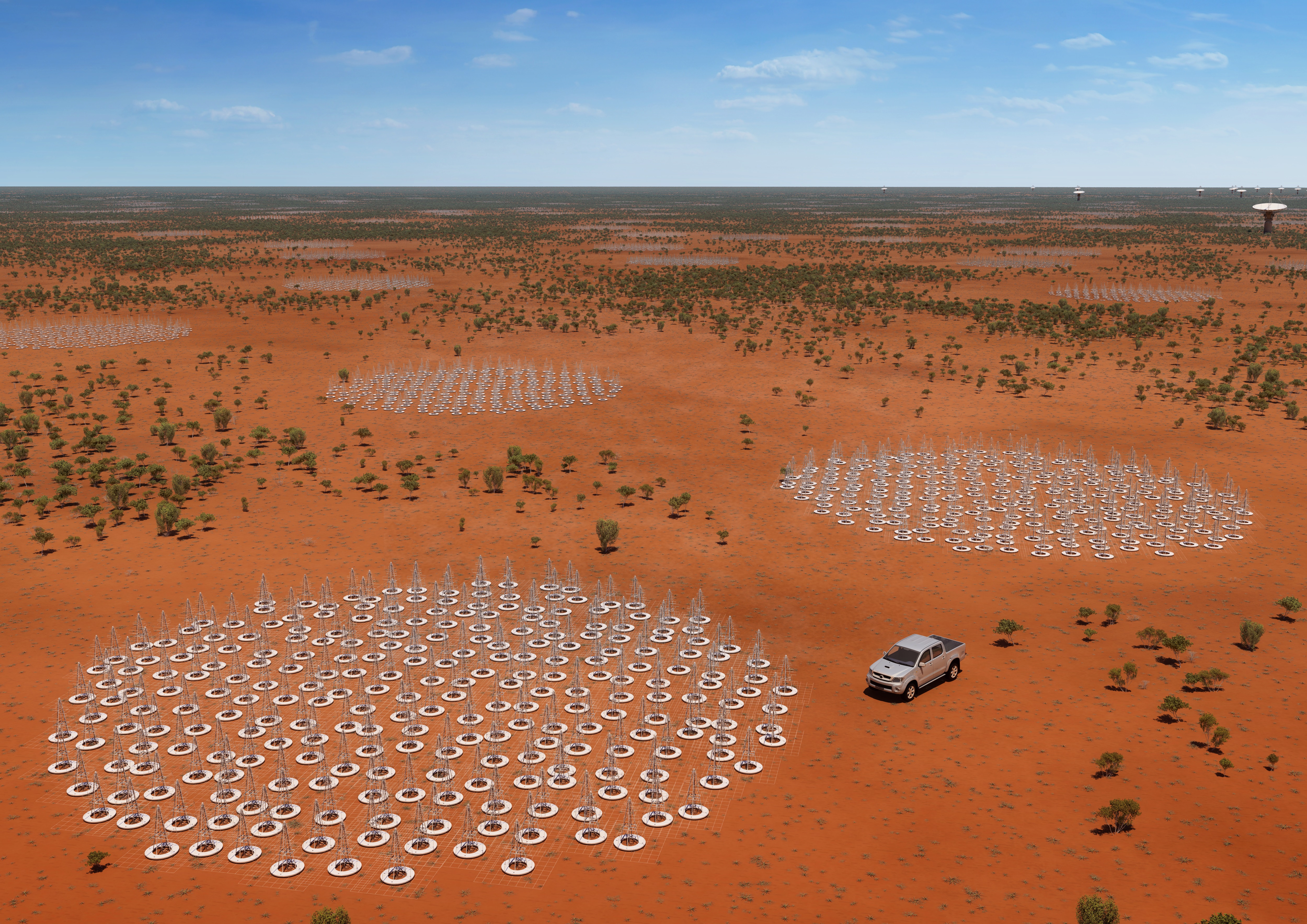 The Square Kilometre Array (SKA), a radio telescope astronomers have dreamed of for 20 years, is now a step closer to reality. The support systems it needs to operate have just had their design approved – a major milestone.

But what’s so special about the SKA? The telescope will be so sensitive it could detect an airport radar on a planet tens of light years away. This sensitivity will revolutionise our understanding of the Universe and the laws of fundamental physics. Astronomers will be able to track the growth of millions of galaxies through cosmic time, perhaps finally nailing the nature of the mysterious ‘dark energy’. And they’ll be able to trace the giant magnetic fields that run through the universe, learning what generates them.

Astronomers also hope that the SKA will find something they’ve spent decades looking for: a pulsar orbiting a black hole. Such a discovery would let them make the most demanding test yet of Einstein’s theory of gravity. A pulsar acts as a natural clock, emitting very regular pulses of radio waves, while a black hole has an extremely strong gravitational field. Einstein’s theory predicts that a strong gravitational field will alter a clock’s timing. By precisely recording when the pulsar’s radio pulses reach Earth, the SKA will be able to tell us if Einstein was right, or if our theory of gravity needs adjusting.

The telescope will ultimately have a total collecting area of one square kilometre (hence the name) – ten times larger than any existing facility. The antennas will be located in both Australia and South Africa. In Australia, the SKA will be located at our Murchison Radio-astronomy Observatory in outback Western Australia.

Planning the SKA is itself a huge feat, as 12 partner countries are involved. Groups drawn from these countries have been designing individual components of the SKA.

We’ve worked with our industry partner, Aurecon, to draw up plans for the SKA infrastructure in Australia, including roads, buildings, supercomputing facilities, power generation and cabling. These plans have just received the go-ahead, setting the stage for the telescope to be built. 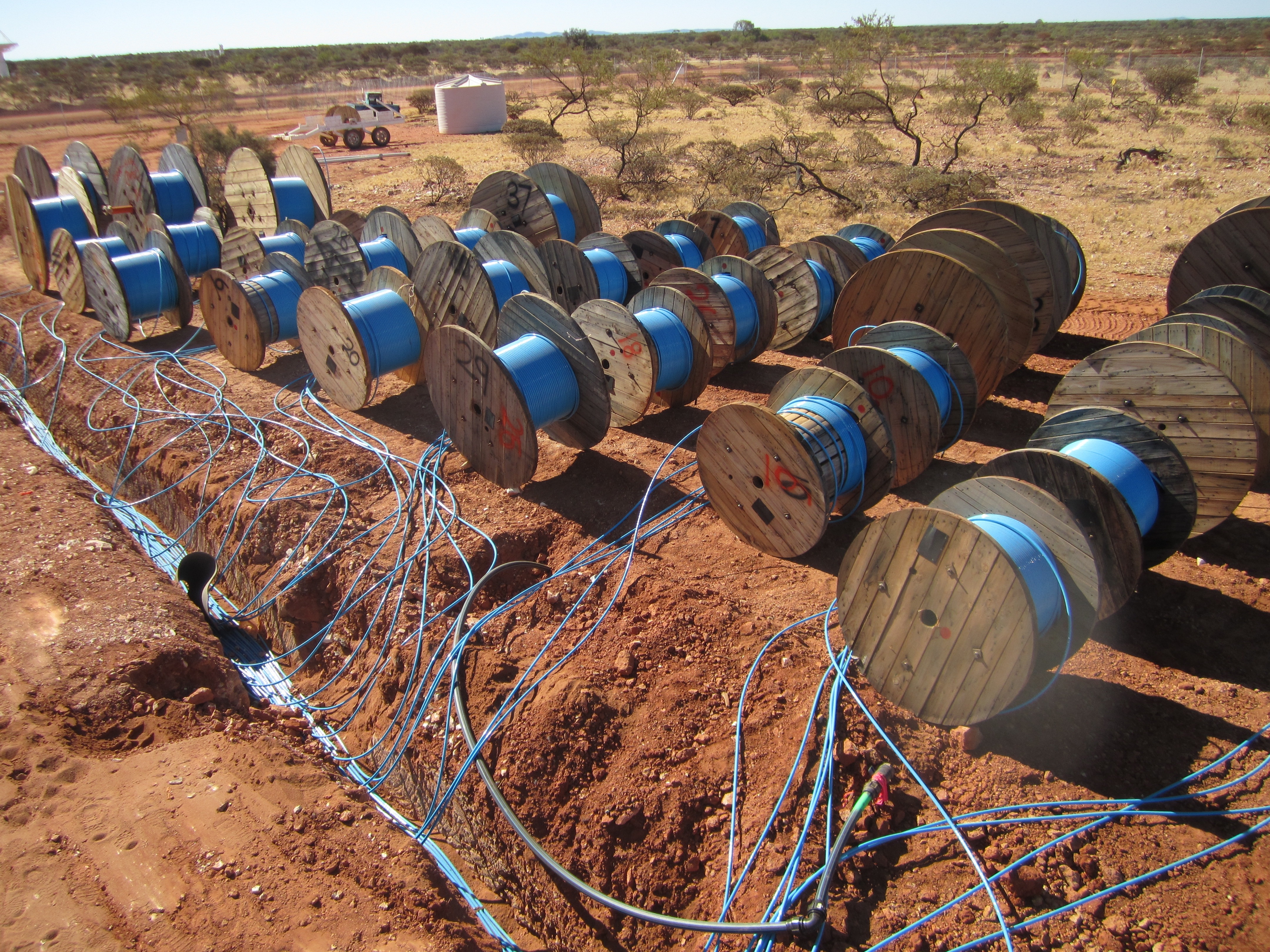 Up to 132,000 antennas, spread across 2,000 square kilometres at the Australian SKA site in Australia, will be linked together by hundreds of kilometres of fibre-optic and power cables.

Up to 132,000 SKA antennas will be spread over 2000 square kilometres of the Australian site and linked together by hundreds of kilometres of fibre-optic and power cables. The antennas themselves don’t draw much power, but the cables that run to them do. This is unusual for a power network and required the power engineers to think ‘outside the box’. To save on the cost of cabling, the most remote antennas will have their own solar-power systems.

The infrastructure also needs to prevent any radio-frequency interference. And while the SKA site in Australia is deliberately remote to help with this, all electrical equipment makes radio waves, millions or even billions of times stronger than ones from the cosmos. The team, led by our very own Ant Schinckel, has designed unique shielding to keep these man-made signals away from the telescope’s ultra-sensitive antennas so they don’t contaminate the data being recorded from space. 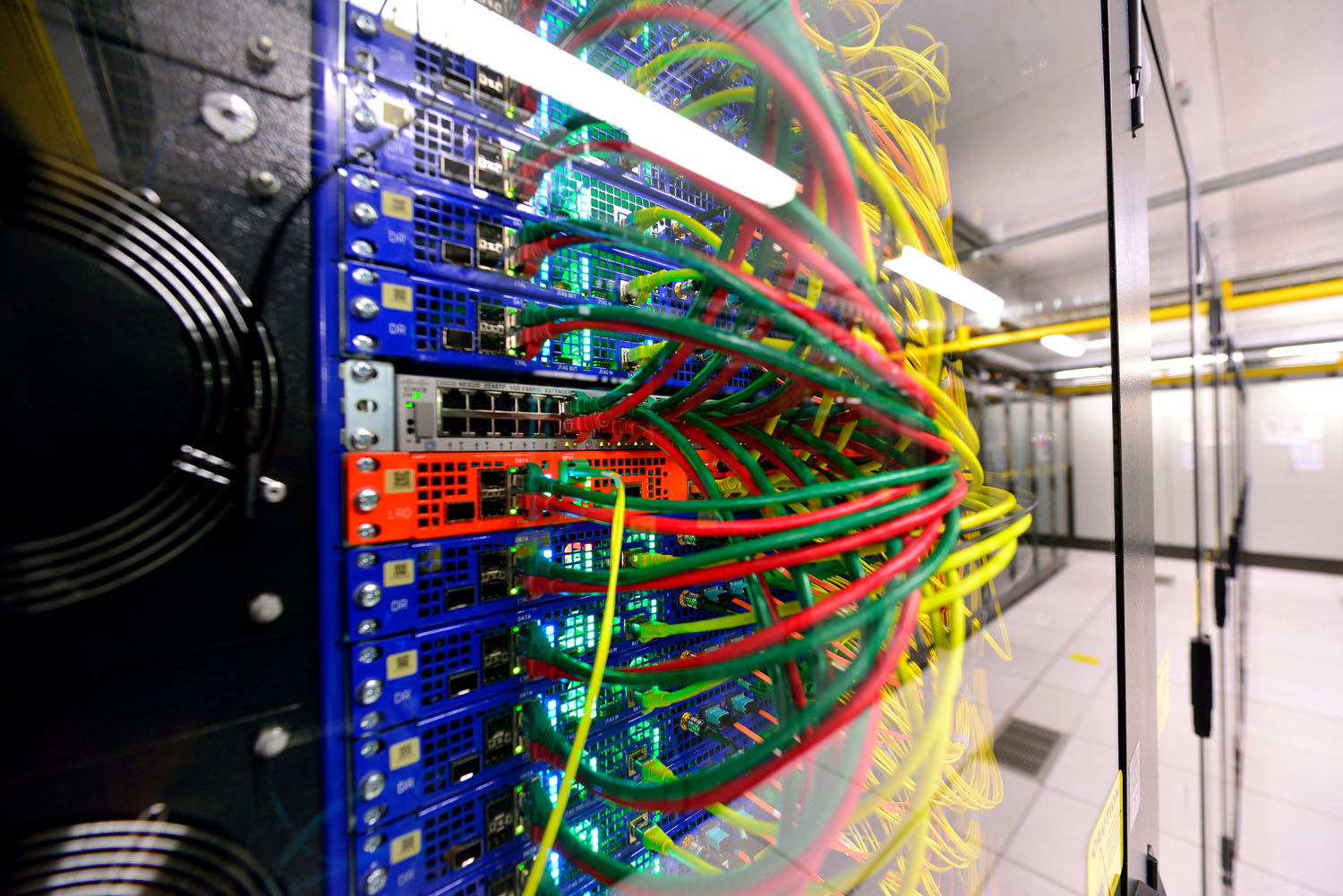 The Square Kilomtre Array (SKA) telescope in Australia will receive staggering amounts of data – the data flows will be on the scale of petabits, or a million billion bits, per second – more than the global internet rate today, all flowing into a single building in the Murchison.

As well as tackling the infrastructure challenges, we’ve also been designing several aspects of the telescope itself. Dr Grant Hampson, an engineering team leader in our astronomy and space science area, has led the international team designing the processing boards that will combine the data from the thousands of SKA antennas in Australia. In addition, we’ve contributed to a number of the other designs groups, tackling problems such as how to integrate telescope subsystems and how to transport signals and data.

We’ve already built a telescope at our Murchison Radioastronomy Observatory: the Australian SKA Pathfinder (ASKAP), designed to test innovative technologies for the SKA. Still in its early days, ASKAP is already delivering breakthrough science, thanks to the radio-quiet nature of the site and our innovative phased-array feed receiver technology. Last year the telescope netted a huge haul of ultra-elusive fast radio bursts.

There’ll be more big SKA milestones this year. Each one will bring the SKA dream closer to reality.