New Guinea: most botanically-diverse island in the world

New Guinea: most botanically-diverse island in the world

Scientists have researched and described the plants of New Guinea and have recognised it as the most botanically-diverse island in the world. 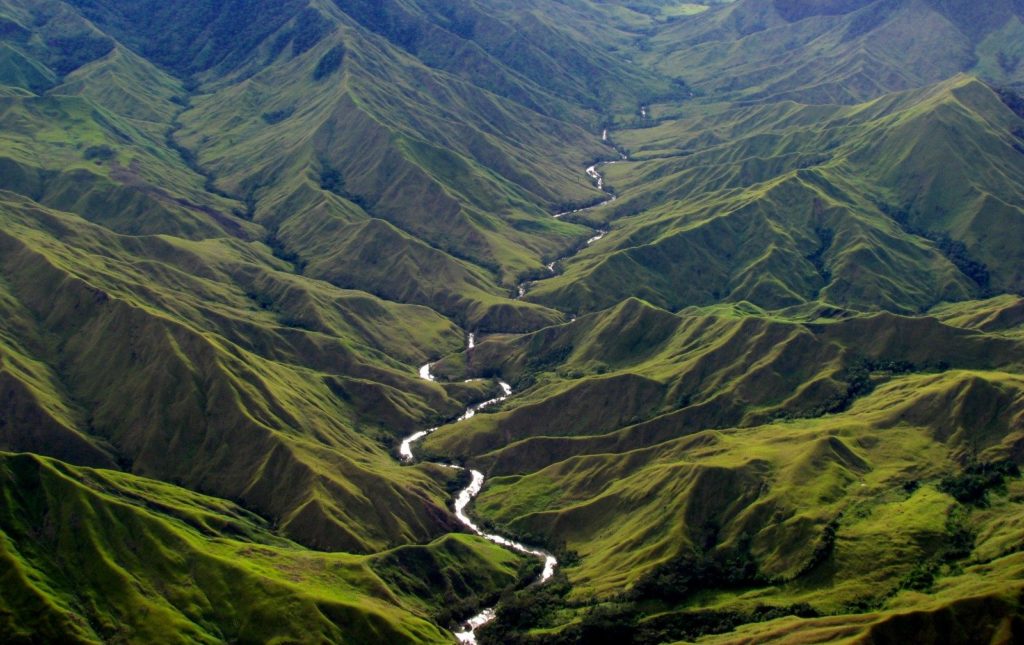 New Guinea has one of the world’s largest remaining areas of tropical forest. Image: Flickr.

Disco-dancing birds of paradise. Delicate orchids. Dense tropical rainforests. New Guinea holds a mythical place in most people’s imaginations. It has also fascinated naturalists for centuries. Now researchers have recognised New Guinea as the most botanically-diverse island in the world.

North of Australia, New Guinea is the world’s second largest island after Greenland. It’s made up of two countries: Papua New Guinea to the east and Indonesia to the west.

It’s a climate of extremes – from lowland mangroves rising up to tropical alpine grasslands. There is even a glacier on the 5030-metre mountain, Puncak Jaya. A glacier on a tropical island! It also has one of the world’s largest remaining areas of tropical forest.

How do we know it’s so special?

Well, 99 scientists from around the world put their heads together and built the first expert-verified checklist to the vascular plants of New Guinea and surrounding islands. Vascular plants are those with specialised tissues for conducting water, minerals and photosynthetic products through the plant.

The research was recently published in the journal Nature. Dr Rodrigo Cámara-Leret from the University of Zurich led the work. And our own scientist, Dr Bruce Webber contributed.

“Thanks to a vast amount of effort revising and correcting the known plants of New Guinea, we can quite confidently say it is the most mega-diverse island, from a floristic perspective,” Bruce said.

This was the first attempt to critically catalogue the entire vascular plant diversity of New Guinea. Before this, the estimate of plant species ranged from 9000 to 25,000 species. 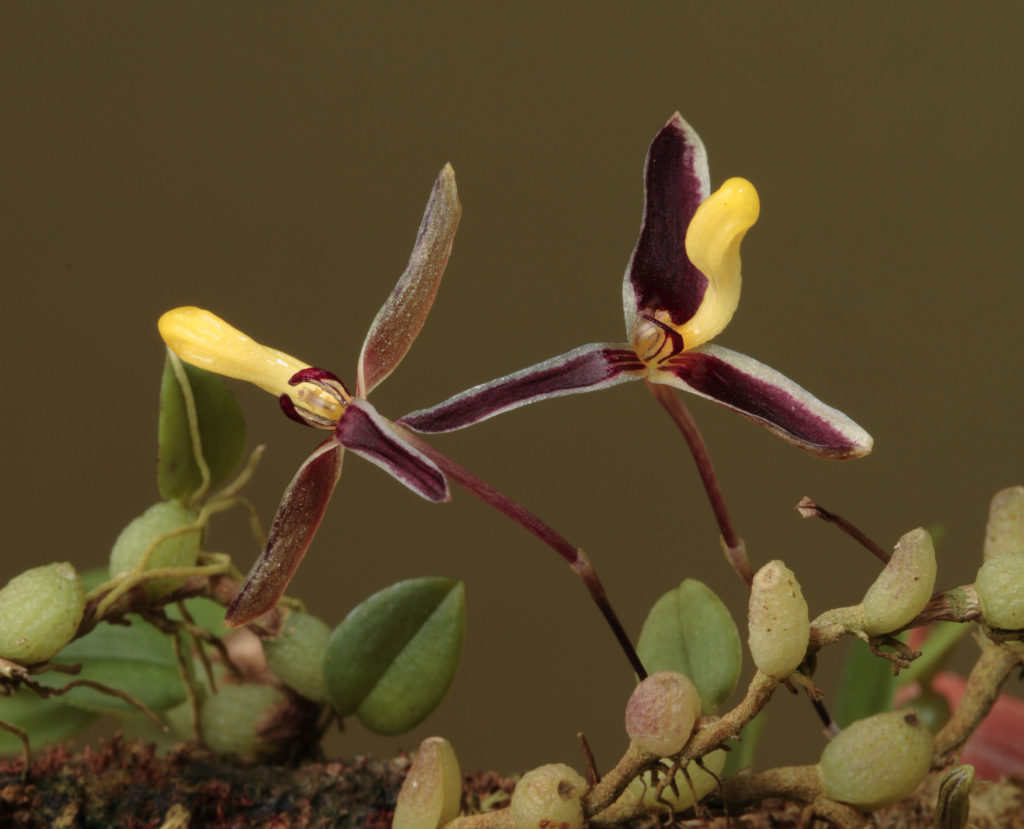 Orchids are the most diverse plant family in New Guinea. Here is the Bulbophyllum alkmaarense. Photo taken by co-author Dr André Schuiteman.

“For a tropical botanist, New Guinea is the closest we can get to visiting a botanical paradise. When we enter the forest, we know there will be surprises,” Rodrigo said.

“One of the most remarkable plants I have seen in New Guinea is Musa ingens: the largest banana species in the world, growing more than 20 metres tall! It’s a wild relative of the banana. It is a plant like no other, with elegant silver stems of impressive size. And the beauty is that it grows in the wild, so encountering it is a real thrill.”

Orchids are the most diverse plant family in New Guinea. 86 per cent are native to New Guinea! These include the first known example of an orchid species (Bulbophyllum nocturnum) with flowers that open after dark and close in the morning!

“Another exciting discovery has been the symbiotic mutualism between ants and a tree endemic to New Guinea (Ryparosa amplifolia),” Bruce said.

“The tree provides the ants with energy-rich food and shelter, and in return the ants clean the plants’ leaves and protect it from herbivores.” 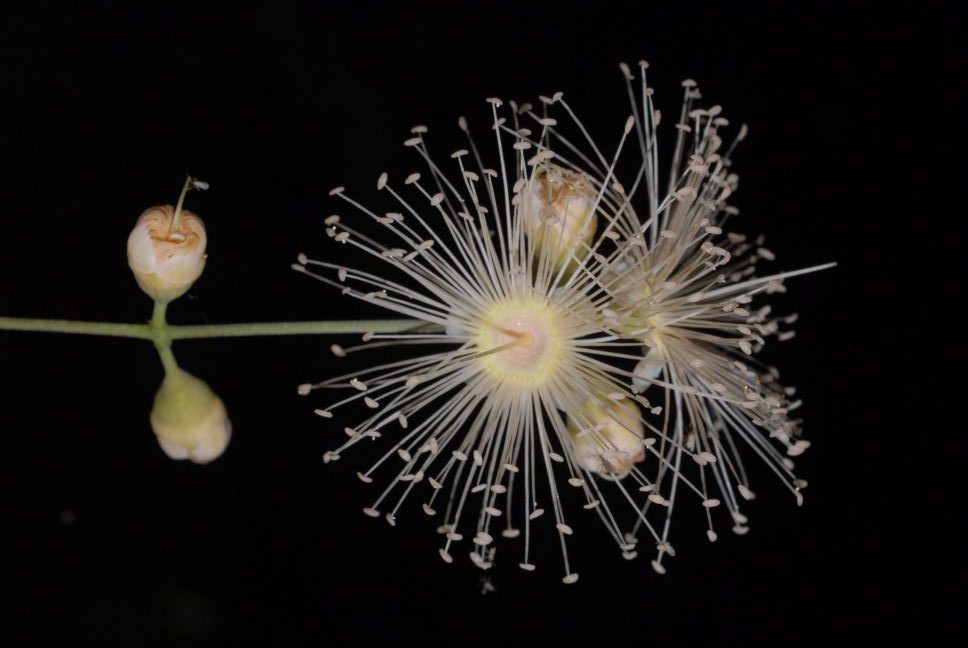 In an area so varied, it’s likely there are many plants on New Guinea unknown to western science. And they’re under threat from industrial logging, mining and conversion of forests for agriculture.

“This is the most concerning part of the work for me. It’s likely we’re losing plants before we even know they exist,” Bruce said.

“The rate of forest clearing and destruction is rampant and continues unabated across Austro-Malesian rainforests. In places like New Guinea, where plant collection densities are extremely low, we’re at significant risk of losing entire species before we have a chance to have them formally recognised as such. We are wiping biodiversity from the planet before we can even celebrate it, let alone provide it with adequate protection.”

“To me, looking after the plants of New Guinea is important because of their uniqueness. Nearly 70 per cent of the flora is endemic so it is our duty as scientists to document and understand this region while there is still time. We also need New Guinea because, with the Amazon and the Congo, it is one of the last three tropical wilderness areas, with over 75 per cent of its original forest cover intact. It has a major role in carbon dioxide sequestration.”

Rodrigo explains that looking after the plants of New Guinea is also important because of their functional, cultural and spiritual value.

“Indigenous communities domesticated some of the most important plants that are eaten today, including the banana and sugar cane, and have discovered a wide range of uses of other plants.

Looking after these plants is important for supporting local livelihoods. Some of the authors of this paper are working with policy makers and Indigenous communities to preserve the region’s ecosystems.”

All of New Guinea plants, big and small

This work was in part enabled by the study of plant specimens in herbarium collections around the world, including the Australian National Herbarium (ANH). The ANH collection houses thousands of plant specimens collected in New Guinea from the 1950s to today. The specimens help scientist reveal the biodiversity of the island. And during the past year alone, staff at the herbarium have given scientific names to five new species from New Guinea.

Our plant research is blooming! Check it out

Previous post:
Unmasking Australia’s first surgical face mask testing facility
Coming up next:
From superheroes to the risqué: 5 scientists tell the stories behind these species names