Nerds and Billionaires: Let scientists out of their boxes

Nerds and Billionaires: Let scientists out of their boxes

Breaking down barriers between scientists and business will help us to take more great Australian science from benchtop to beta to buyer. 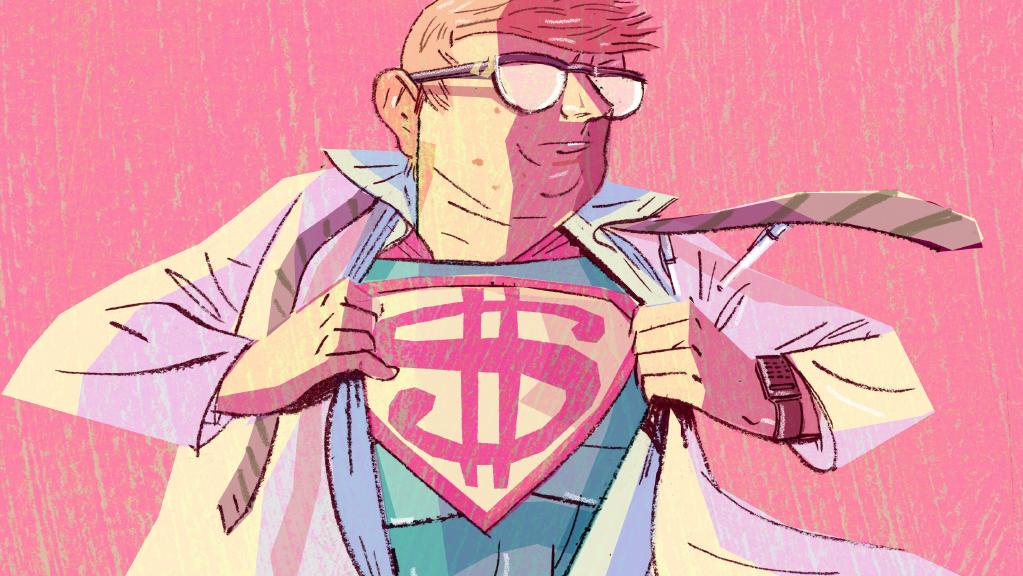 This article and artwork first appeared in The Australian

When I came home to Australia to head up the CSIRO, I was on a panel and the moderator told me I was “just a scientist”. The implication was: what would you know about business?

Reviewing some of the television interviews given by my predecessor, Megan Clark, I was shocked to hear her called a “head of the nerds”. She laughed it off, but I don’t think I could have.

After 26 years in the US I’d forgotten what Australian culture thinks of scientists. Sure, they’re smart, they’re achievers, and they’re important — but don’t ask them about anything other than science.

Science becomes very specialised very quickly, and so do markets, so you need to be an endlessly curious person who isn’t afraid to ask questions. That’s definitely at the heart of science training and, I think, at the heart of the best business training. But just because you study science doesn’t mean you can’t do business. In fact, it may prepare you to run companies far better than management courses do, especially in the innovation revolution.

We need to embrace a more ­diverse model for success if we’re going to be competitive in an exponentially changing world. People are so much more than the sum of their qualifications, and it’s one-dimensional thinking to try to label them or confine them to a box. Not only is that absurdly narrow minded, it’s also hugely damaging for the next generation of science, technology, engineering and mathematics specialists, kids in school who see that and think, well, I like science but I don’t want to be called a nerd. We need our kids to be empowered to change their world.

In the US, they don’t call them nerds — in fact they call some of them billionaires. They drive Ferraris and provide the wisdom and angel funding to the next generation of brilliant minds. They invest in bold, brave, risky new ideas, because they’ve done the maths — and the biology, or chemistry, or physics — to understand how these game-changing benchtop concepts can be turned into world-changing products.

You don’t change the world by thinking the same as everyone else; diversity of perspectives is the compass to navigate the ambiguity of innovation.

When I look around the Australian venture capital scene, this same false delineation between scientists and business is tripping us over and stopping us from investing in the genius in our own back yards. According to the Australian Private Equity and Venture Capital Association, we’ve had only two Australian venture-backed start-ups make it to Nasdaq: one in 2000, founded by pioneering internet entrepreneurs (Looksmart); the other last year, founded by scientists and run by a PhD chief executive (Quantenna) based on a CSIRO invention.

The national sci-tech accelerator, ON, powered by CSIRO, and our new investment fund, Main Sequence Ventures, are just a couple of the ways we’re aiming to break down these barriers and take more great Australian science from benchtop to beta to buyer. You’d be hard-pressed to find a more diverse group than at an ON launch event, and while they certainly don’t conform to “leadership demeanour”, their innovations are game changing, from environment to health, manufacturing, energy, food, agriculture, mining, digital and space.

This artificial separation of careers and capabilities has to stop if we’re going to navigate the transition into an innovation economy. We can’t think outside of the box if we’re stuck being squares. Most businesses need more science in their strategy, and the future chief executives of Australian companies can’t be from central casting.

Consider that there is a place in the world where the “nerds” create multi-billion-dollar companies and still take time out to teach at Stanford, and the bankers and lawyers chase them in search of the next unicorn.

But of all the science disciplines, beware the physicists — because they can work out everything from first principles. And while they could be a teacher or a professor, they also could be the founder of Intel, the seed that grew into Silicon Valley; or Space­X and Solar City and Tesla, powering the next generation of energy and exploration; or even a serial entrepreneur with two initial public offerings under their belt, and a plan to catalyse innovation in their home country.

This is an edited transcript from Dr Larry Marshall’s interview on the AmCham podcast, How Business Really Works, published this week. It was originally published in The Australian.

What's in store for the future of science?

Our Future Science Platforms are critical to turn Australia’s future challenges into opportunities to invent a better future for us all.

Previous post:
You can science too, with Atlas of Living Australia
Coming up next:
First steps toward a synthetic biology future