What goes into building an international astronomy treaty? Our astrophysicist Dr Sarah Pearce represented Australia in the international negotiations to establish the Square Kilometre Array (SKA) Observatory as an intergovernmental organisation. 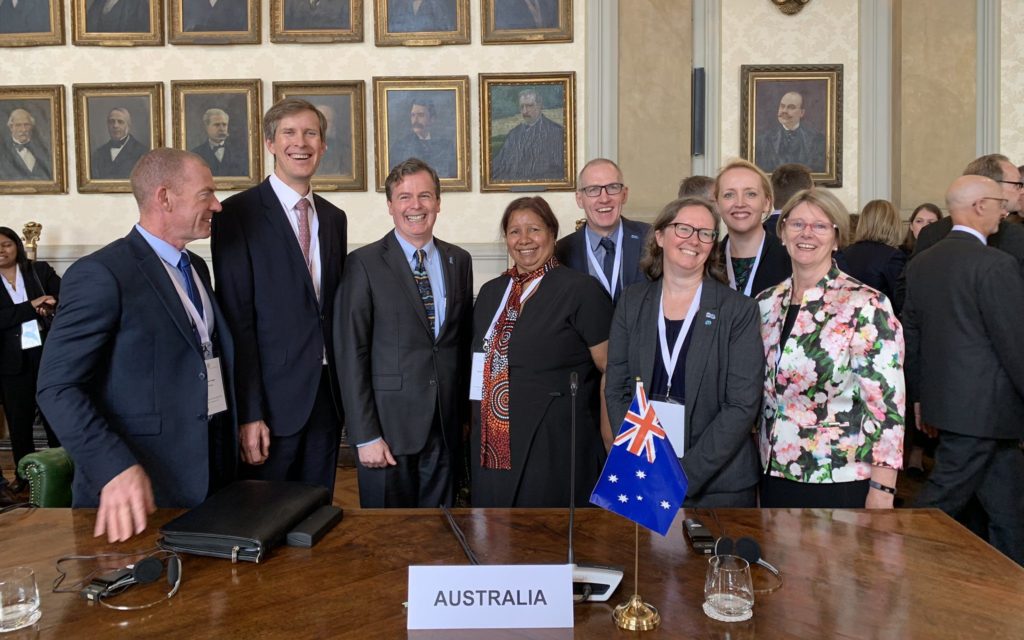 Negotiating an international astronomy treaty: A major milestone was achieved in 2019 when the SKA Convention was signed in Rome. The Australian delegation included representatives from the Australian Government, CSIRO and ICRAR.

What goes into negotiating an international astronomy treaty? Our astrophysicist Dr Sarah Pearce recently represented Australia in the international negotiations to establish the Square Kilometre Array (SKA) Observatory as an intergovernmental organisation.

When it’s established, the SKA Observatory will oversee the delivery of the world’s largest radio telescopes.

Sarah was the chief science negotiator for the Australian team, which was led by Patricia Kelly from the Department of Industry, Science, Energy and Resources. Other team members included SKA Australia’s director David Luchetti, a Department of Foreign Affairs and Trade representative, and DISER’s Counsellor in Brussels. Most teams included a mix of government and science representatives. But Australia was the only country to be led by a woman throughout the negotiations.

So, what goes into negotiating an international treaty? Sarah takes us behind-the-scenes.

There are 15 countries involved in the SKA project, but Australia is one of two telescope host countries. This means we will have a critical role in the operation of the telescopes.

Originally from the UK, Sarah calls herself a “relatively new Aussie” and was proud to represent Australia.

“Australia is making a significant investment and I was pleased to have the opportunity to make sure these negotiations were successful for the international project, and for Australia in particular,” Sarah said.

The negotiations started in Brussels in 2015, and then moved to four plenary negotiations in Rome. Sarah chaired the SKA working group on operations and access. This working group looked at two policies. They held regular meetings and then took drafts of the policies to the full plenary for approval.

Negotiating the access policy was a delicate process. The working group had to balance the interests of all countries around the table on central topics such as access to time on the telescopes for non-member countries. Sarah was able to lead all the parties to a satisfactory end-point through empathy and constructive reasoning. 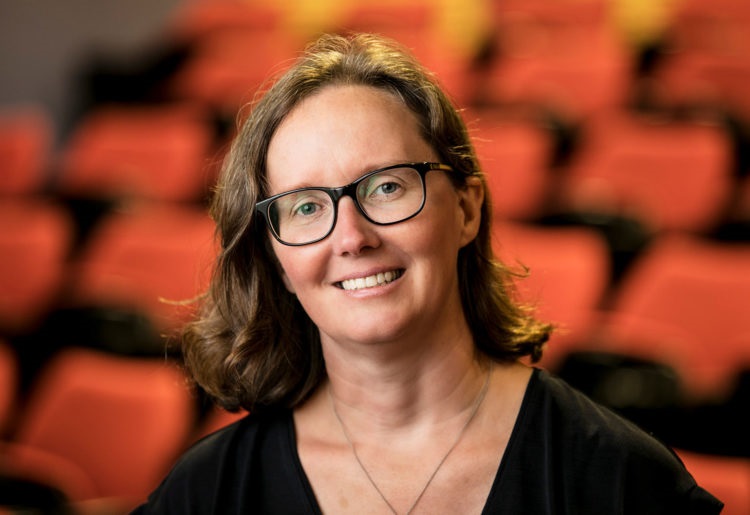 Sarah Pearce was the chief science negotiator for SKA Australia.

The SKA is a mega-science project and the end-goal of these high-stakes negotiations for Australia and all the partner countries was to get agreement to build the SKA.

For Sarah, the key challenge was balancing the needs of the SKA host countries – Australia, South Africa and the UK – with other partners. This required real collaboration and compromise to make sure all the parties could return with a deal to which their governments could commit.

Another challenge was dealing with teams from different cultures. They all had different ways of approaching the negotiations.

“Australians typically like to be quite direct in these negotiations – putting the issues on the table. But not all countries address negotiations that way,” Sarah said. 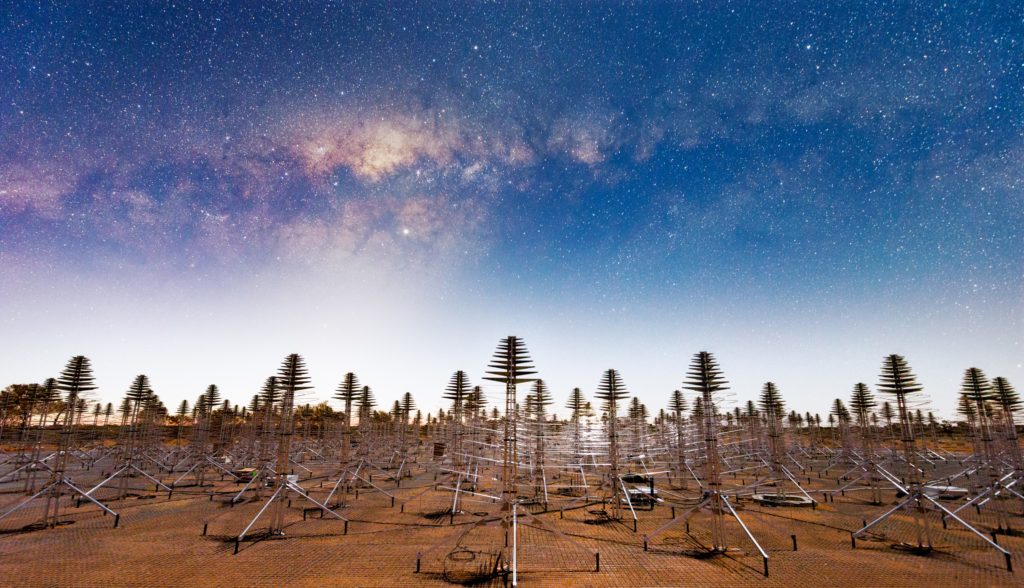 The Murchison Radio-astronomy Observatory in outback Western Australia will house up to 130,000 antennas like these and the associated advanced technologies.

The biggest lesson and greatest moment

Sarah said the importance of really understanding the negotiating position of other countries was key to success throughout the five-year experience.

“Not just listening to what they say but understanding why they’ve taken that position. Therefore, where there might be room to move or compromise. Also, the criticality of informal discussions in the breaks and over dinner, to address the really complex issues,” she said.

And although there must have been many memorable moments along the way, Sarah was chuffed when the Convention Plenary signed off the operations and access policies.

“I’d been through more than a dozen drafts with the working group and there were just two or three difficult issues remaining. It was exciting to lead the Plenary through these,” she said.

Sarah reflected that the biggest positive from the negotiations was all the countries were really trying to achieve the same thing.

“Every country has their own individual priorities, whether it’s procurement rules or telescope access. But in the end, we were all trying to establish a new international Observatory for the next 50 years. Overall, it was a really positive experience,” she said. 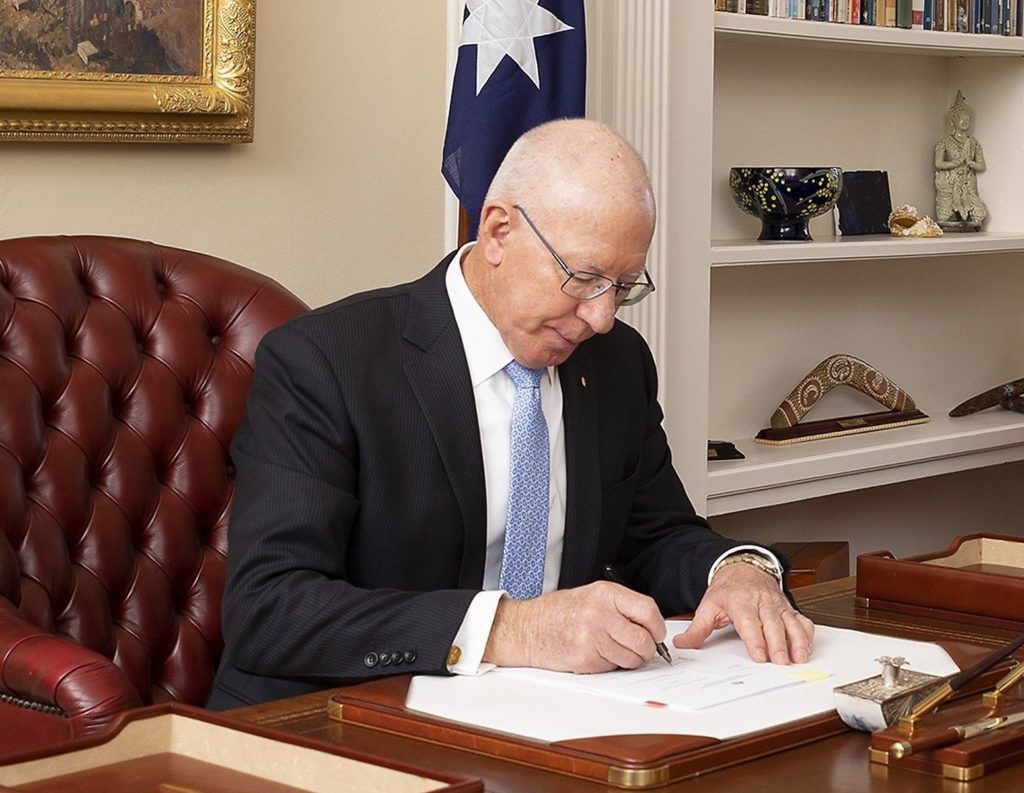 In September, the Minister for Industry, Science and Technology Karen Andrews announced that Australia had ratified the SKA Observatory Convention. This brings Sarah’s role in the negotiations to a successful end. She will now help lead Australia through its role in building and operating the SKA.

Australia has joined South Africa, Italy and the Netherlands as SKA Convention signatories. And when the United Kingdom completes its ratification process, the SKA Observatory will be created. This will set up the SKA for the next 50 years as an intergovernmental organisation. Member countries are committing 10 years of funding which will enable the SKA telescopes to be built.

SKA Observatory headquarters are in the UK, and the SKA telescopes will be built in Australia and South Africa. The Australian SKA site is our Murchison Radio-astronomy Observatory. It’s 800km north of Perth in Western Australia on the traditional land of the Wajarri Yamaji. Australia will host the SKA-Low frequency telescopes, consisting of up to 130,000 antennas.

This is the first time Australia has hosted a mega-science project and Sarah said it shows the world that we’re a leader in radio astronomy.

Does this sound like you? Advice from Sarah for anyone keen to take a seat at an international treaty negotiating table, is to start small. Take any opportunity to get involved with international collaborations and to lead small projects. Get to know people from different cultures and build experience.

Find out more about our involvement in the SKA

Previous post:
Lockdown lows: building our resilience
Coming up next:
Fewer flights and a pesticide-free pitch? Here’s how Australia’s football codes can cut their carbon bootprint