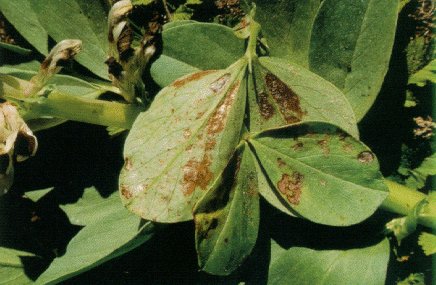 Whenever communities emigrate from far away, they do their best to adapt and succeed in their new environment. Some groups succeed better than others. One population of Australian immigrants has been particularly good at adapting – the rather aptly named Halotydeus destructor, more commonly known as the redlegged earth mite (RLEM for short).

These pinhead-sized pests emigrated from South Africa in the early part of last century. They’ve settled into their new home so well that they are now the most expensive pest for Australian grain growers, at least in southern Australia, causing losses of about $45 million a year. An infestation is a triple threat – it can kill seedlings, reduce productivity and quality of older plants and lower the seed yield in spring. Pesticide treatment for RLEM costs about $20.5 million a year. 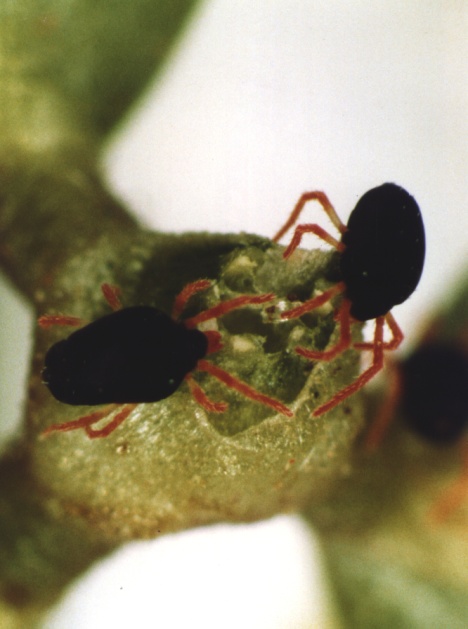 The redlegged earth mite has adapted well to Australian conditions

Not only are they the most expensive pest, they are also showing resistance to some insecticides. What’s more, they’re expanding their range into climatic regions in Australia different from the ones they occupied in their native South Africa. We don’t yet know how far they are capable of extending their range. All these factors mean RLEM could spell disaster for grain growers. Fortunately University of Melbourne PhD student Matthew Hill recently completed his research on this problem.

In collaboration with his supervisors at The University of Melbourne and CSIRO, Matt found how the distribution of RLEM had changed in Australia and what this may mean for grain growers. He used historical data collected on RLEM to show how it is expanding its distribution. His research will help growers not affected by RLEM understand the risks RLEM could pose.

RLEM was first found in WA in 1917. By the 1920s it had spread to Victoria. Its ability to use a wide range of host plants (grain crops, pasture species, clover, and many broad-leaved weeds) meant that it spread easily and quickly. Matthew compiled three data sets, showing the recorded distribution of RLEM in its native South Africa, its invasive range in Australia in the 1960s, and its present-day range in Australia. He used these to develop models describing the environmental conditions this mite experienced in each case. His models show that RLEM has expanded beyond the range predicted by its distribution in South Africa. Today, RLEM can be found in hotter and drier inland regions of Australia.

Several factors may have helped RLEM expand into inland Australia. First, changing farming practices have meant a greater uptake of minimum or no tillage systems, as well as an increase in area under irrigation in the eastern states. Second, climate changes such as a small increase in winter rainfall may have also helped. Third, and perhaps most worryingly, RLEM may have undergone an adaptive genetic shift.

That means Australian RLEM populations may have different physiological traits that make them more tolerant to these new dry and hot environments. When Matthew compared mites from Australia and South Africa, the Australian mites were able to move around at higher temperatures than those from South Africa. Australian mites also recover more quickly from damaging cold temperatures. This shows that RLEM has adapted well to its new Australian home. However, the question still remains; how far is it capable of expanding its distribution? 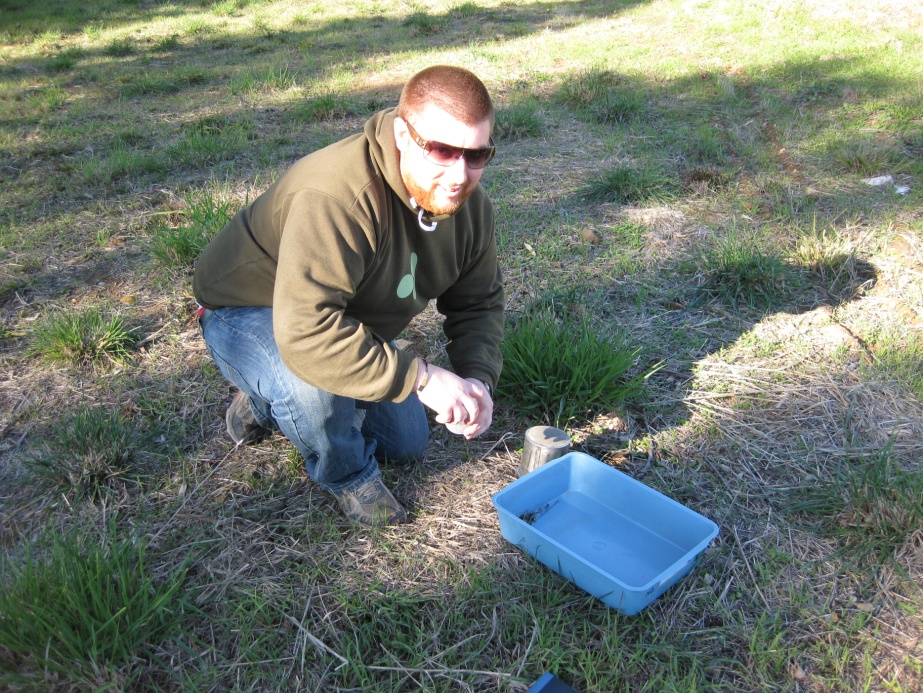 Dr Garry McDonald at the University of Melbourne has been developing models that predict the risk of a RLEM outbreak each season, based on the weather patterns in a region. RLEMs are generally active in the cool, wet part of the year. Eggs laid in spring go into a suspended growth state over summer to protect them from drying out. Identifying the weather conditions that trigger egg hatching as the autumn weather cools is a crucial part of Garry’s models. Discovering these triggers will help growers more accurately predict when to watch out for RLEM. To discover exactly what the triggers are, Garry compiled data from various research trials conducted by state departments, CSIRO and universities over the past 50 years. He is now using this data to tease out the climate triggers for egg hatching. So far he has found that rainfall, then temperature, act in concert to regulate egg development and hatching.

Interestingly, the triggers in the western region appear to be different from those in the southern-eastern region. This supports some of Matthew’s findings that suggest there may be un-documented differences between populations in the western and southern-eastern regions. Once these triggers are validated across a range of sites, Garry can determine if they will be useful for growers currently managing RLEM, and whether different management strategies should be developed for the two regions.

Current research is aimed at giving growers advance notice of the risk or severity of an RLEM outbreak. However, to confidently predict outbreak risk, the factors that influence RLEM at both the regional and field levels need to be combined.

The work was funded by The University of Melbourne, CSIRO and the Grains Research and Development Corporation, and conducted as part of the National Invertebrate Pest Initiative.