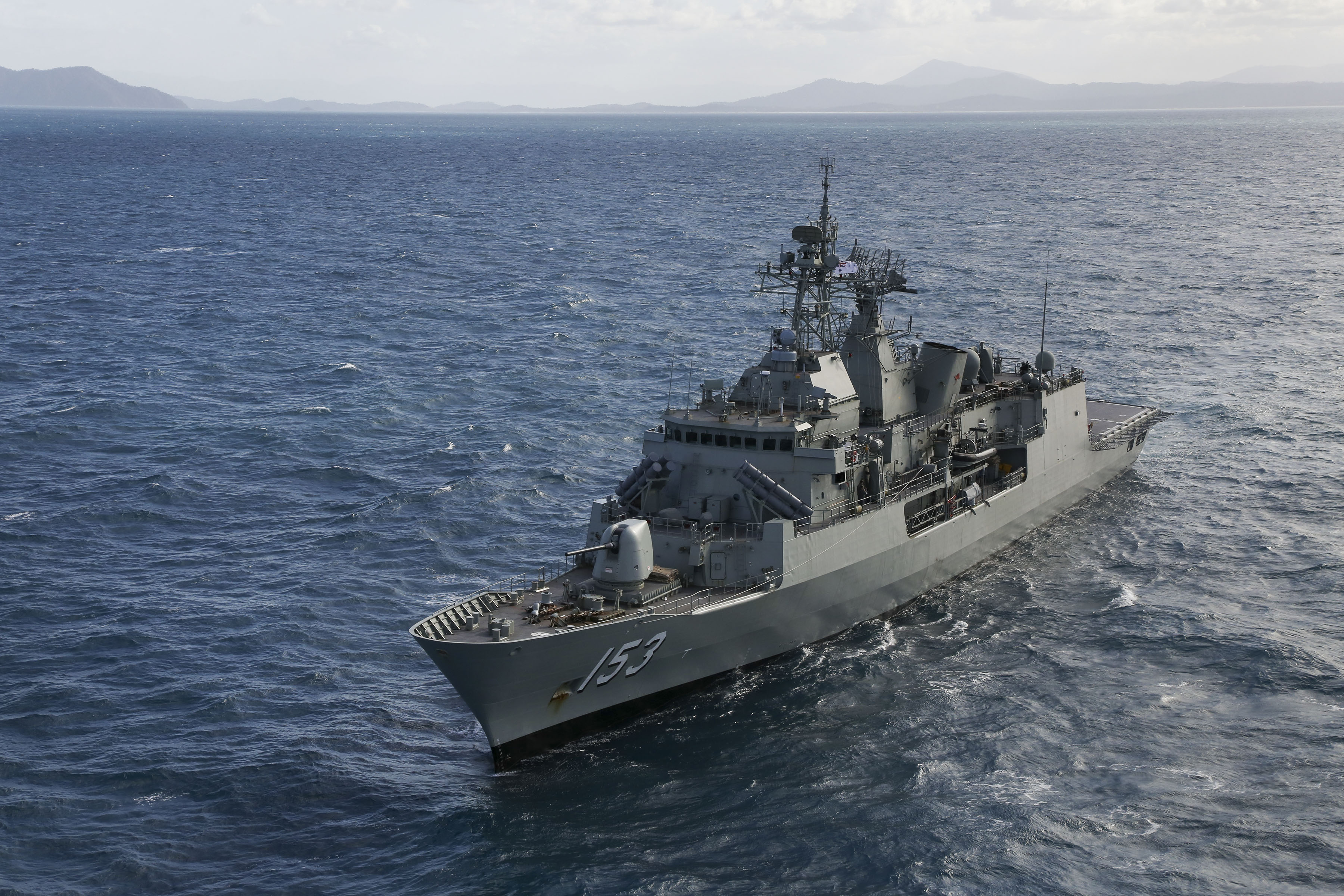 We’re looking to replace the large antennas, like you see here on the HMAS Stuart, with something smaller – around the size of Coca Cola can. Image credit: Commonwealth of Australia, Department of Defence

Everybody knows that good things come in small packages. That might help explain our fascination/obsession with pint-sized versions of things: tiny baby clothes, kittens, teacup pigs, mini burgers… The list goes on.

But compact things aren’t always cute and can have other merits. Like, say if you need to be stealthy to avoid being spotted by opponents out at sea.

That’s one of the reasons why we’ve been awarded funding through the Australian Department of Defence’s Concept Technology Demonstrator (CTD) program, to develop mini antennas for the Royal Australian Navy.

At the moment Navy ships require dozens of large and heavy antennas to detect signals, each spaced metres apart from one another around the ship.

We’re looking to replace these with a small number of radio frequency antennas that are much more sensitive, lightweight, low-noise and as small as a Coca Cola can. The new technology aims to give the Navy greater stealth, safety, new functionality and cost savings.

By applying this technology, we will increase antenna receiver sensitivity to a level approaching the quantum limit while increasing the bandwidth at the same time.

It has the potential to replace many conventional antennas used to date and could also be suitable for unmanned aerial vehicles (or drones).

The project was announced by the Australian Department of Defence as the flagship project, securing the largest proportion of funding through the latest round in the CTD program. The program supports projects that have the potential to enhance the nation’s defence capabilities.

Superconductivity is a versatile technology and we’re applying it to a range of challenges from mineral ore discovery, to making telecommunications more efficient and detecting dangerous substances and contraband using terahertz (THz) imaging.

Find out more about our work with Defence.

Previous post:
‘WTF is that?’ How we’re trawling the Universe for the unknown
Coming up next:
We’ve landed! Welcome to our new home