Best in class: from measuring sunshine to COVID-19

Best in class: from measuring sunshine to COVID-19

Sarah Kummerfeld is genomics researcher and has been working on COVID-19 research. We explore how she got her start as a BHP Awards alumni. 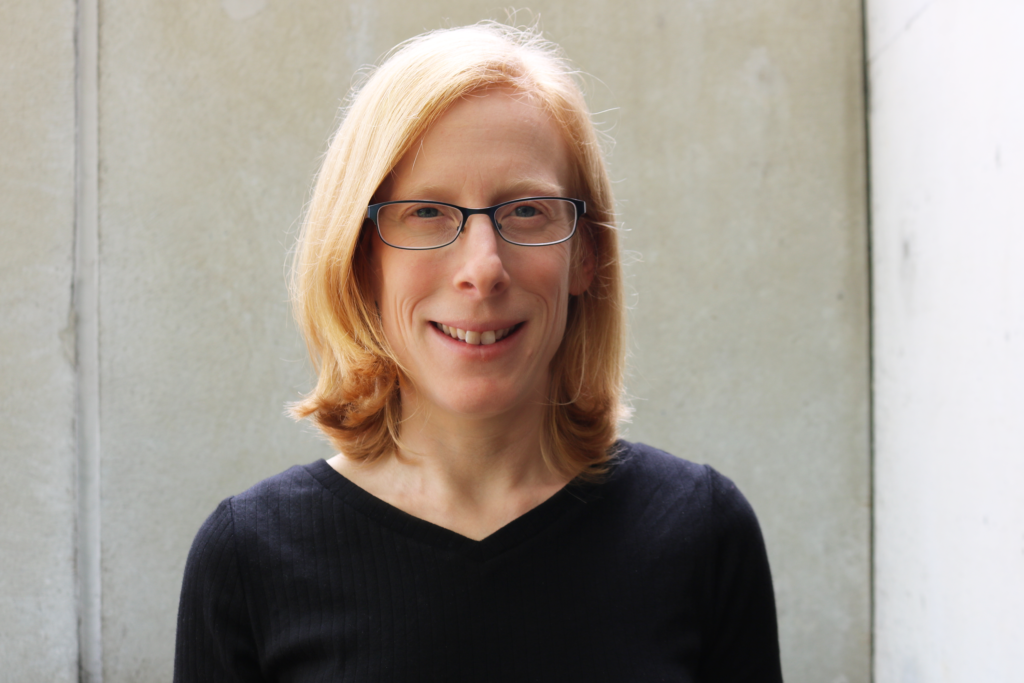 Sarah was a finalist in the BHP Foundation Awards in 1992 and 1993. Now, she’s working on COVID-19 genomics research.

From a young age science fascinated Sarah Kummerfeld. “For as long as I can remember, I have been excited to learn about science and understand how systems work,” she told us.

As a very fair-skinned girl growing up in Australia, she wondered whether she needed sunscreen in the shade or inside near windows. But unlike many 14-year-olds students, she decided to investigate.

“I set up a series of locations around my house and yard and recorded UV levels over the course of a day. I was surprised to find the UV levels inside under a skylight were significant during the middle of the day. As were the levels under a tree with modest shade,” Sarah said.

This was back in 1992. Sarah entered her research as a project into our BHP Foundation Science and Engineering Awards. And she made it to the finals among a group of her peers from across the country. Then she backed it up again in 1993 with another entry.

Now, Sarah is the scientific head of the Kinghorn Centre for Clinical Genomics at the Garvan Institute of Medical Research. She uses genomics to understand human disease and translates findings into clinical diagnostics and treatments to benefit patients.

Sarah says her experience at the BHP Foundation Awards helped shape her career.

“The projects I completed for the awards were my first foray into real scientific inquiry. One of the reasons I pursued science as a career was because I got a taste for this type of work,” she said. 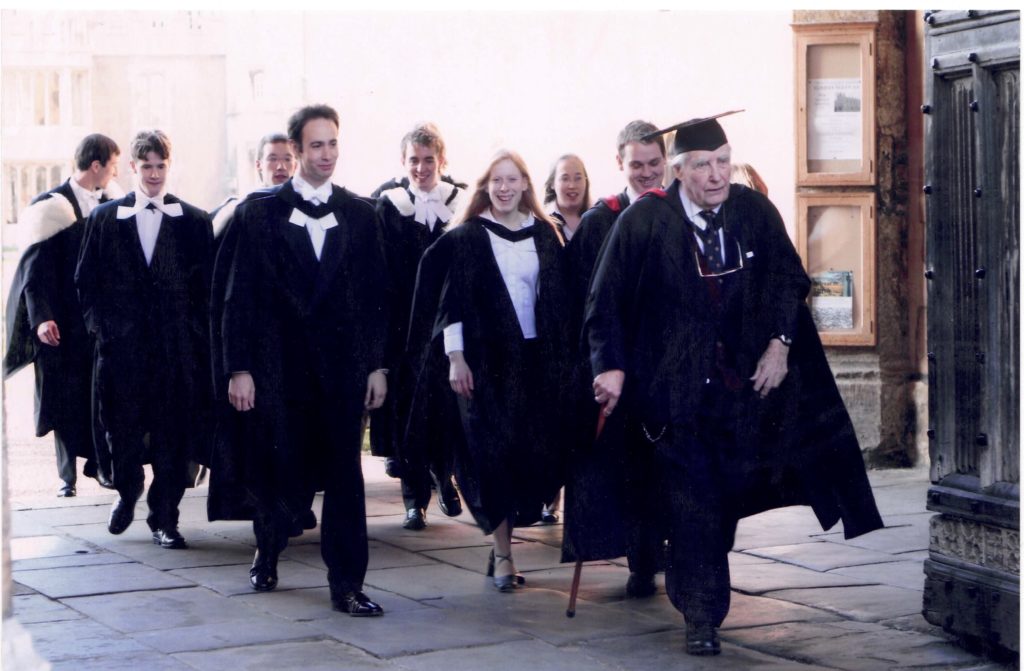 Sarah’s PhD graduation. She’s walking from Trinity college following the proctor to the senate house according to tradition. Sarah is the one smiling at the camera!

A school of thought

It wasn’t just the awards that blossomed Sarah’s love for science. During high school, Sarah recalls two teachers who made a big impression on her outlook on science: Jenene Rosser and Jan Hart.

“I remember Jenene teaching my year seven class about solids, liquids and gases. I was completely amazed by the logic and beauty of how atoms and molecules interact,” Sarah said.

“During that year, Jenene and Jan told me about the BHP Foundation Awards. I was delighted to come up with my own experiments. And go through the end-to-end process of design, implementation and writing up.

“It was a first taste of real research and an opportunity to see what science can be like beyond the classroom,” she said.

Learning a thing or two

And Sarah didn’t stop at her awards projects and positive class experiences. She sought out information and the choose best possible pathways to follow her interests.

“I was fascinated by genetics in high school. I also decided it would be useful to study computer science as well as biology after hearing Dr Karl talk about bioinformatics.

“My undergraduate degree was at the University of Sydney majoring in Computer Science and Biochemistry. Next, I moved to the University of Cambridge for a PhD in Computational Biology. I worked on the structure and function prediction of proteins. It was an exciting time to be doing genome-scale work. The human genome had just been finished and I was able to work on several other genome projects.

“Following my PhD, I wanted to gain more experience across other aspects of bioinformatics. So, I moved to Stanford University for a postdoctoral fellowship and studied the molecular basis of ageing. I became aware for the first time of the many companies doing bioinformatics in a commercial setting. I was excited at the prospect of being able to see my work applied directly to develop new medicines and biomarkers,” Sarah said. 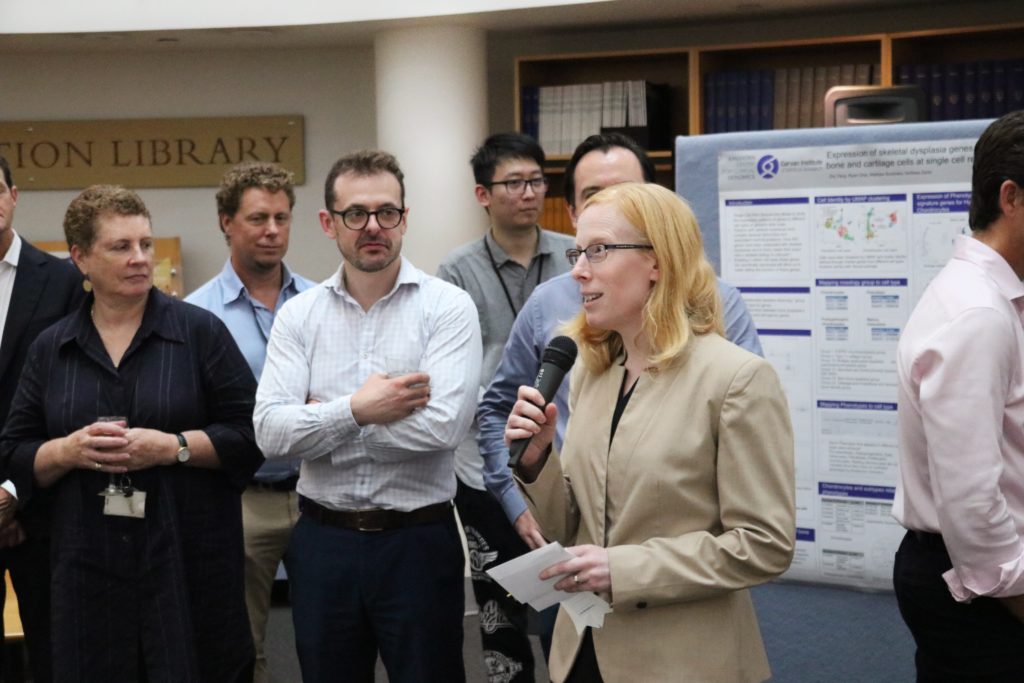 Sarah now works on genomic research at the Garvan Institute.

Now, Sarah is working on COVID-19 research. Together with other Garvan researchers, she wanted to understand how she could contribute to treating the disease.

“We established a series of research streams to try to understand the spread of the virus, how it’s mutating and why some people get very sick and others have only mild symptoms,” Sarah said.

“The aspect of our work that has moved the fastest is the sequencing of viral genomes taken from samples from infected patients. We have been receiving viral samples and sequencing them in as little as four hours. This assists with contact tracing as well as assessing mutations over time,” she said.

When we asked Sarah what skills she gained from the awards she now uses in her genomics research, she replied “So many!” And to other students Sarah’s advice is to be curious!

“Ask questions about things you see around you. The key for me to a good project was to find something I was genuinely interested in,” she said.

This is part of a series exploring where our BHP Foundation Awards Alumni are now. So, stay tuned for more!

The BHP Foundation Science and Engineering Awards are a partnership between CSIRO, BHP Foundation and the Australian Science Teachers Association. The awards featured an impressive line-up of Australia’s best STEM talent, including teachers and school-aged researchers and innovators, set to excel in their careers and become the leaders of tomorrow.

Find out more about the BHP Foundation Science and Engineering Awards