Warming oceans are affecting the breeding patterns and habitat of marine life, according to a three-year international study published today in Nature Climate Change.

This eastern shovelnose stingaree was once unheard of in northern Tasmania. Now it is abundant. Image: Peter Last.

Warming oceans are affecting the breeding patterns and habitat of marine life, according to a three-year international study published today in Nature Climate Change. This is effectively re-arranging the broader marine landscape as species adjust to a changing climate.

Scientific and public attention to the impacts of climate change has generally focused on how biodiversity and people are being affected on land.

In the last Intergovernmental Panel on Climate Change (IPCC) report in 2007, less than 1% of the synthesis information on impacts of climate change on natural systems came from the ocean.

Yet marine systems cover 71% of Earth’s surface, and we depend on marine life for food, recreation and half the oxygen we breathe. A key unanswered question is whether marine life is buffered from climate change because of the much more gradual warming in our surface oceans – about one-third as fast as on land.

What’s happening in our oceans?

An international team of scientists from Australia, USA, Canada, UK, Europe and South Africa, and funded by the US National Center for Ecological Analysis and Synthesis, set out to answer this question. They conducted the first global analysis of climate change impacts on marine life, assembling a large database of 1,735 biological changes from peer-reviewed studies. 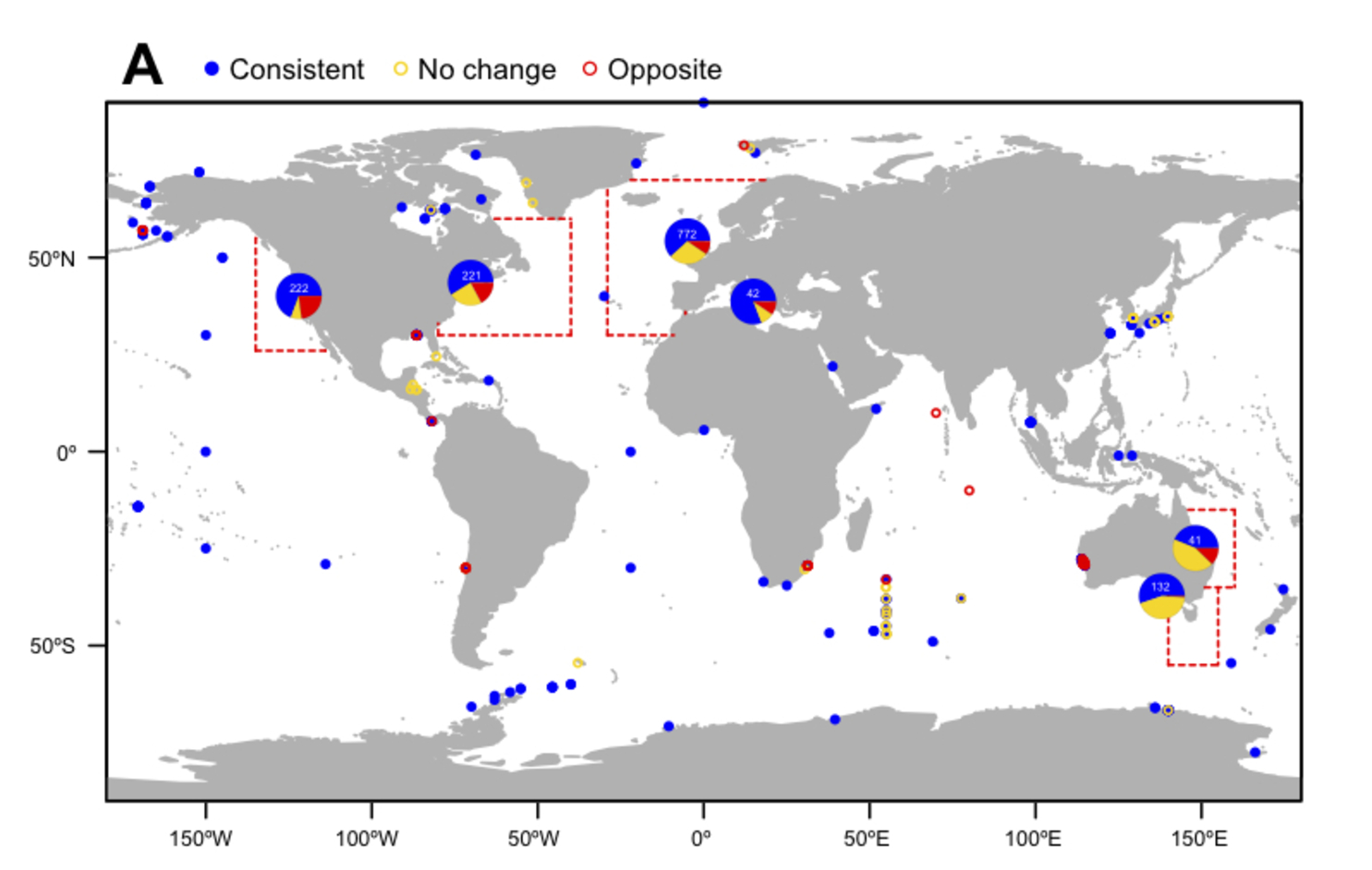 Just as the medical profession pools information on the symptoms of individual patients from surgeries and hospitals to reveal patterns of disease outbreaks, we pooled information from many studies to show a global fingerprint of the impact of recent climate change on marine life. Changes were documented from studies conducted in every ocean, with an average timespan of 40 years.

Although there is a perception in the general public that impacts of climate change are an issue for the future, the pervasive and already observable changes in our oceans are stunning. Climate change has already had a coherent and significant fingerprint across all ecosystems (coastal to open ocean), latitudes (polar to tropical) and trophic levels (plankton to sharks).

These fingerprints show that warming is causing marine species to shift where they live and alter the timing of nature’s calendar. In total, 81% of all changes were consistent with the expected impacts of climate change.

As temperatures warm, marine species are shifting their geographic distribution toward the poles. Most intriguingly, though, they are doing so much faster than their land-based counterparts. The leading edge or front-line of marine species distributions is moving toward the poles at an average of 72 km per decade — considerably faster than species on land that are moving poleward at an average of 6 km per decade. Plankton and bony fish, many of which are commercially important, showed the largest shifts. 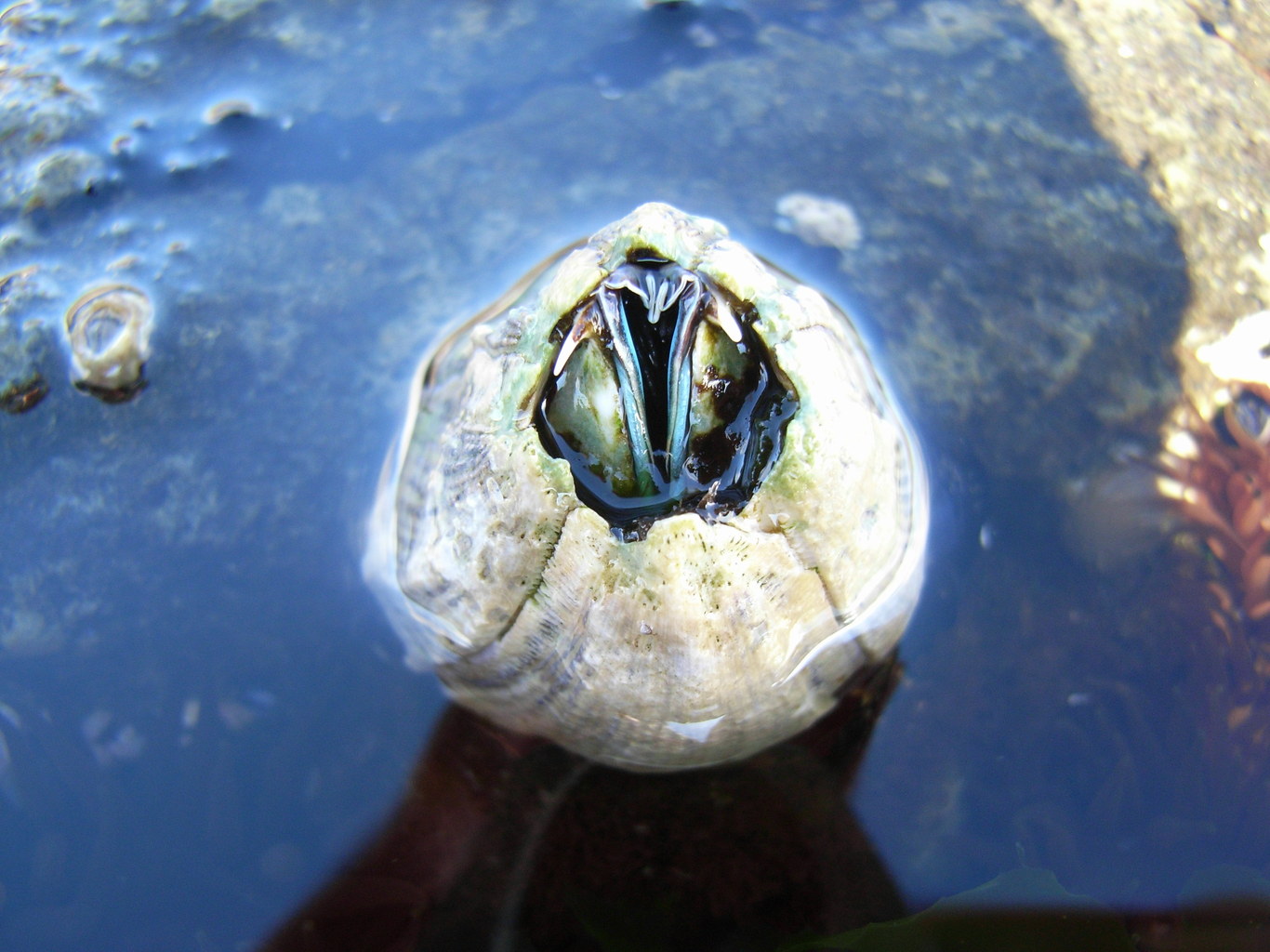 Warmer temperatures are also changing the timing of breeding, feeding, and migration events. For marine life, their spring events have advanced by more than four days, nearly twice the figure for land. The strength of response varied among species, but again, the research showed the greatest response — up to 11 days in advancement — was for plankton and larval bony fish.

Currents clearly play a role in the large distribution movements seen in the ocean, but there is a more-subtle phenomenon is also at work. Temperature gradients are more gentle in the ocean than over much of the land, and this has important implications for species movement.

Consider the complex topography on land. Many land plants and animals only need to move short distances up or down mountains to reach different temperature regimes. As the ocean surface is relatively flat, marine plants and animals must move greater distances to keep up with their preferred environments as oceans warm.

Seasonal cycles are also dampened in the ocean, meaning that for a set amount of warming, marine species need to shift their timing much earlier than on land. 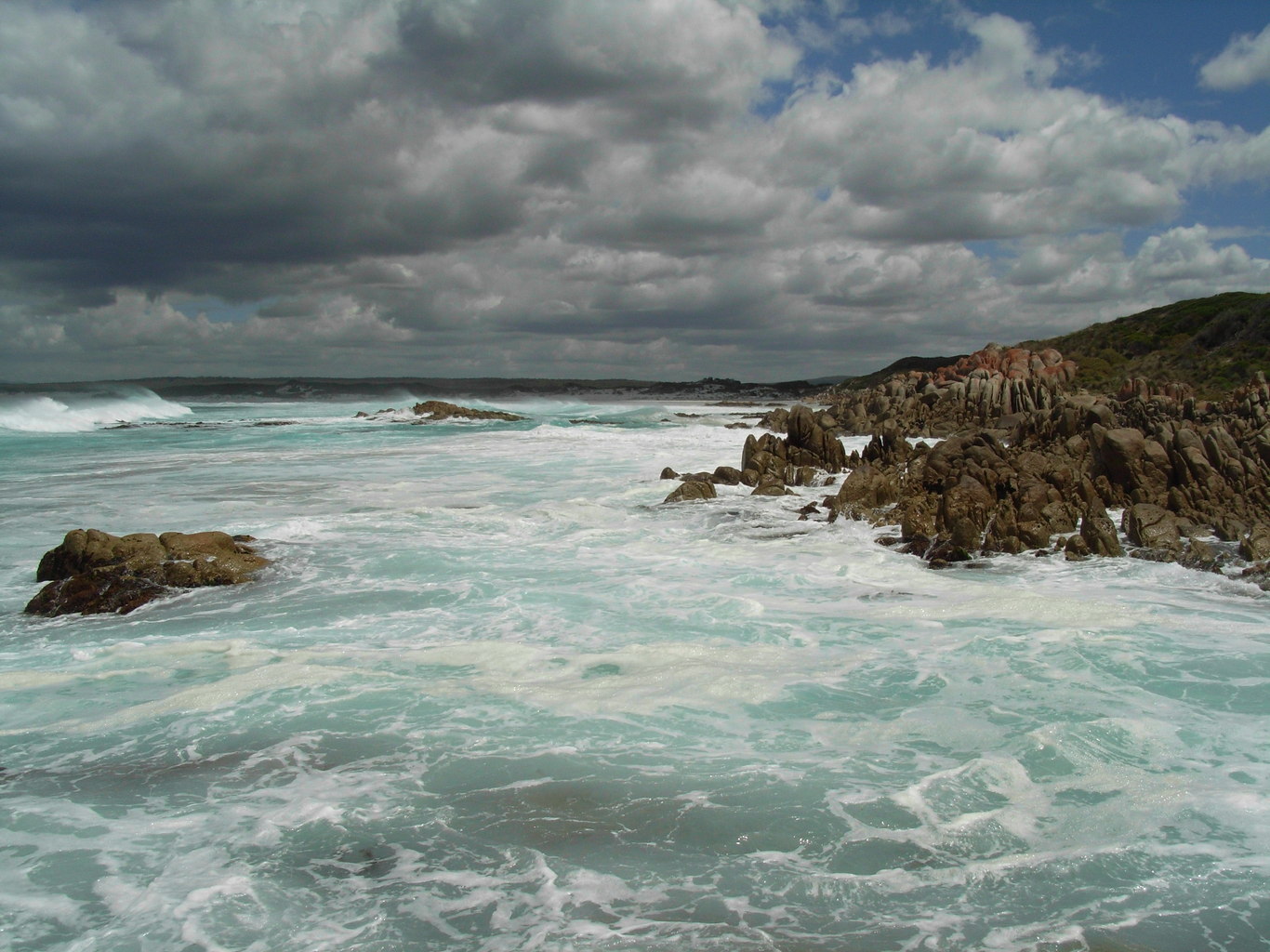 Although the study reported global impacts, there is strong evidence of change in the Australian marine environment. Australia’s south-east tropical and subtropical species of fish, molluscs and plankton are shifting much further south through the Tasman Sea. In the Indian Ocean, there is a southward distribution of sea birds as well as loss of cool-water seaweeds from regions north of Perth.

Some of the favourite catches of recreational and commercial fishers are likely to decline, while other species, not previously in the area, could provide new fishing opportunities. Essentially, these findings indicate that changes in life events and distribution of species indicates we are seeing widespread reorganisation of marine ecosystems, with likely significant repercussions for the services these ecosystems provide to humans.

Previous post:
A Fibonacci minute
Coming up next:
Is data the next disruptive technology?