When Dr Scott Watkins, one of our flexible solar cell experts, arrived in India last week, the task at hand was a very special one. He’s helping to shed light on the people of Bangalore – the country’s third most populated city.

Scott is working with the team from Pollinate Energy, a ground breaking group, whose mission is to provide solar lights to India’s urban poor.

Pollinate, founded in 2012, has a rapidly expanding team of ‘Pollinators’, local young entrepreneurs who can now grow a solid business selling solar lights to members of the community on low-cost payment plans.

Typically, kerosene lamps are used in villages to give light after dusk, however there are environmental and health issues associated with this type of lamp. Since Pollinate began, they’ve managed to save 111,572 litres of kerosene, not to mention almost 6,000,000 rupees that this kerosene would have cost. 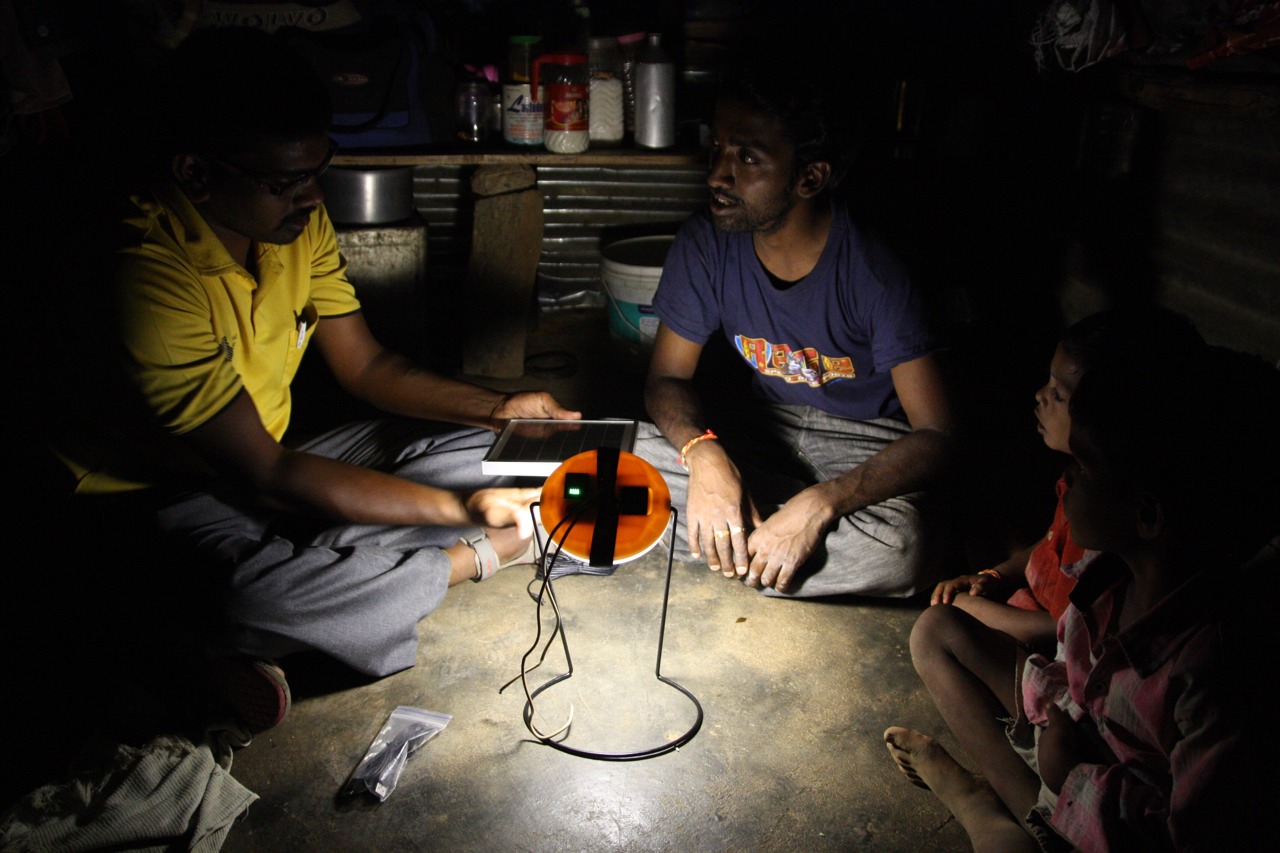 Helping a family get a solar-powered light for their home for the very first time.

Helping a family get a solar-powered light for their home for the very first time. Photo credit: Megan Aspinall.

Scott, who was part of the team that created Australia’s largest printable solar cell last year, has ventured abroad to take part in a project to determine the impact of the new lights in the communities of Bangalore. Already, in week one, he’s come across some truly incredible stories of people whose lives have been improved by the project since its conception last year.

On his blog, Scott talks us through one of his first encounters with a community member who has one of the new lights. 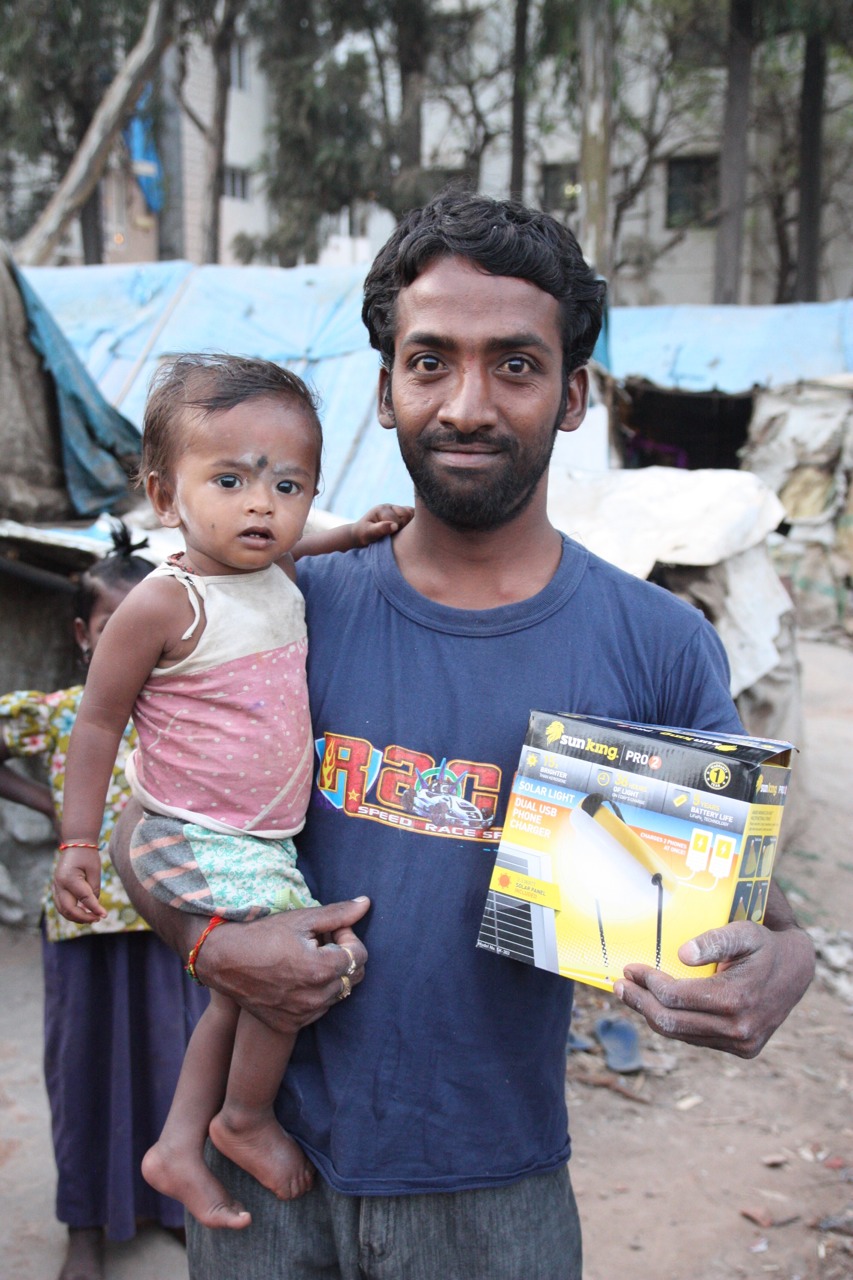 “I spoke with a man one night who had been living in a tent in the community for over 20 years. He has two young boys and they used to have travel to a relative’s house to occasionally read at night,” Scott said.

“Since buying the solar-powered light over a year ago the boys have been able to study at home and the father was so proud to tell me that his boys were both now ranked first in their class. The older one, aged about 10, loves science,” he added.

Inspired by the blackout which hit India last year and left millions of people without light, the Pollinate group have now overseen the introduction of 4,500 systems reaching over 20,000 people.

At CSIRO, we’re part of the Victorian Organic Solar Cell Consortium (VICOSC). VICOSC brings together over 50 researchers across Victoria who are conducting research into new materials and processes to enable the production of flexible, large area, cost-effective, reel-to-reel printable, plastic solar cells. Our work is also supported by the Australian Centre for Advanced Photovolatics, ACAP, a research consortium that is focused on developing solar technologies in Australia and through international partnerships.

Get behind Scott Watkins and follow his blog to get all the updates on the Bangalore mission with Pollinate – we think it’s seriously inspiring stuff.

Previous post:
Explainer: What are vector-borne diseases?
Coming up next:
Delivery day for this 3D printed bike