Just how hot will it get this century? Latest climate models suggest it could be worse than we thought

Just how hot will it get this century? Latest climate models suggest it could be worse than we thought

The new values are a worrying outcome that no one wants, but one we must still grapple with.

Climate scientists use mathematical models to project the Earth’s future under a warming world, but a group of the latest models have included unexpectedly high values for a measure called “climate sensitivity”.

Climate sensitivity refers to the relationship between changes in carbon dioxide in the atmosphere and warming.

The high values are an unwelcome surprise. If they’re right, it means a hotter future than previously expected – warming of up to 7℃ for Australia by 2100 if emissions continue to rise unabated.

Our recent study analyses these climate models (named CMIP6), which were released at the end of last year, and what insights they give for Australia.

These models contain the latest improvements and innovations from some of the world’s leading climate modelling institutes, and will feed into the Intergovernmental Panel on Climate Change (IPCC) Sixth Assessment Report in 2021.

But the new climate sensitivity values raise the question of whether previous climate modelling has underestimated potential climate change and its effects, or whether the new models are overdoing things.

If the high estimate is right, this would require the world to make greater and more urgent emission cuts to meet any given warming target. 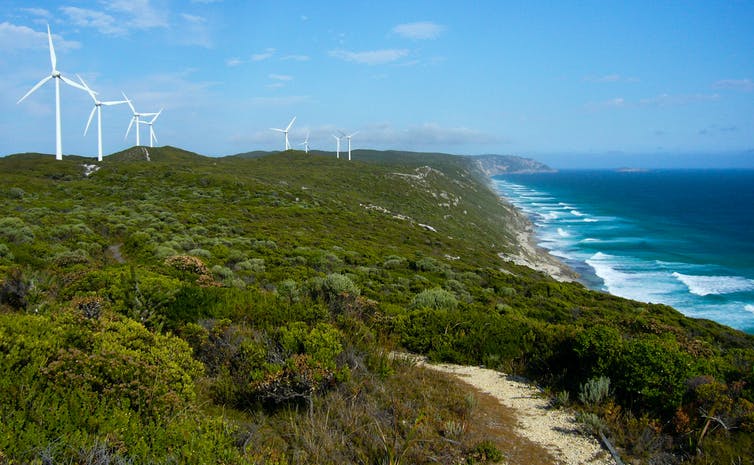 What is climate sensitivity?

Climate sensitivity is one of the most important factors for climate change, strongly influencing our planning for adaptation and mitigation of greenhouse gas emissions.

It’s a standardised measure of how much the climate responds when carbon dioxide concentrations in the atmosphere double. There are a few indices of climate sensitivity that the scientific community uses, and perhaps the most commonly used is “equilibrium climate sensitivity”.

We can estimate equilibrium climate sensitivity by raising carbon dioxide concentrations in models abruptly and then calculating the warming experienced after 150 years – when the atmosphere and ocean would return to a temperature balance.

In other words, giving the climate a “push” with more carbon emissions and waiting until it settles down into a new state.

The previous generation of models (CMIP5) had equilibrium climate sensitivity values between 2.1℃ to 4.7℃ global temperature change. The values for the latest models (CMIP6) are from 1.8℃ to 5.6℃.

What this means for our future

Higher equilibrium climate sensitivity values mean a hotter future climate than previously expected, for any given scenario of future emissions. 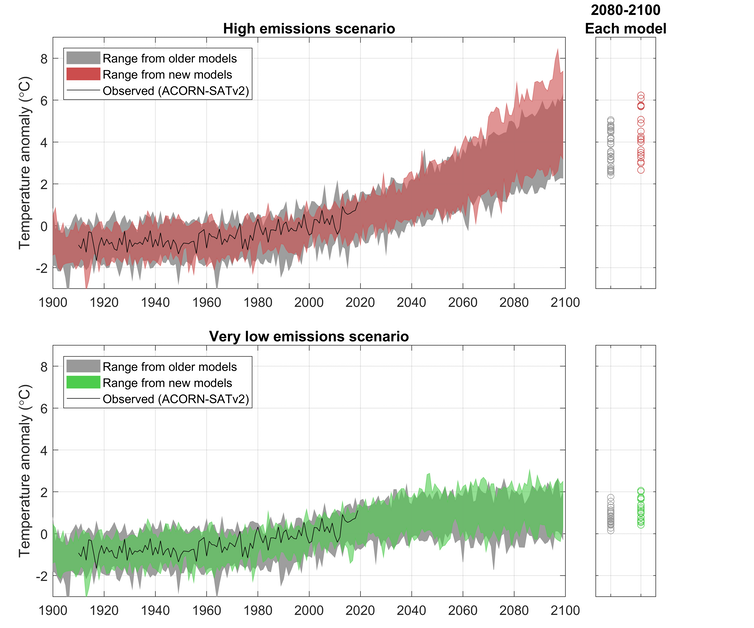 According to these new models, Australian warming could crack more than 7℃ by 2100 under a scenario where greenhouse gas emissions continue to increase through the century.

These higher temperature changes are not currently presented in the national climate projections, as they didn’t occur under the previous generation of models and emission scenarios.

So what does this mean in practice?

High equilibrium climate sensitivity would also mean we need to make bigger cuts to our greenhouse gas emissions for a given global warming target. The Paris Agreement aims to keep global warming well under 2℃ since pre-industrial times.

Should we be worried?

These are credible models, representing the new generation versions of top performing modelling systems, developed over decades at high-ranking research institutions globally. Their results cannot be rejected out of hand just because we don’t like the answer.

But – we shouldn’t jump on this piece of evidence, throw out all others and assume the results from a subset of new models is the final answer.

The weight and credibility of each piece of evidence must be carefully assessed by the research community, and by scientists putting together the upcoming IPCC assessment.

We’re only just starting to understand the reasons for the high sensitivity in these models, such as how clouds interact with particles in the air.

And there are other lines of evidence underpinning the IPCC estimate of equilibrium climate sensitivity.

These include the warming seen since the last ice age around 20,000 years ago; measurements of warming seen over recent decades from greenhouse gases already emitted; and understanding different climate feedbacks from field experiments and observed natural variability. These other lines of evidence may not support the new model results.

Essentially, the jury is still out on the exact value of equilibrium climate sensitivity, high values can’t be ruled out, and the results from the new models need to be taken seriously.

In any case, the new values are a worrying possibility that no one wants, but one we must still grapple with. As researchers in one study conclude: “what scares us is not that the models’ [equilibrium climate sensitivity] is wrong […] but that it might be right”.

Previous post:
What’s in a name? Not all sharks are the same
Coming up next:
Meet our COVID-19 researcher: Dr Denis Bauer