It’s all about the money

It’s all about the money

This morning, I really needed coffee. Technically I needed more sleep but coffee was going to be my substitute. As I looked at my 35 cents in my pathetic excuse for a wallet I realised I was going to have to walk to the university across the road to find an ATM.  Whilst smiling lovingly at the polymer banknotes that fell into my hands – and dreaming of the coffee that was soon to follow – I realised that the organisation that pays me also invented the money that they pay me with.

Now, of course, money was around before CSIRO but for hundreds of years banknotes were made from rag-based paper, which, since the dawn of photography, isn’t the best material for making currency. These days our money is made from polymers and Australia is the first country in the world to use ‘plastic’ bank notes. 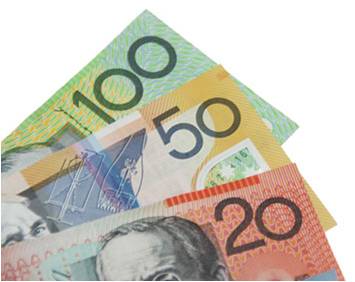 Australia was the first country to use ‘plastic’ bank notes.

In 1966, when Australia converted from the Imperial system to decimal currency, new state-of-the-art bank notes were introduced. Unfortunately, within a year of their release quality forgeries of the $10 note were already circulating. So that was when CSIRO was asked to step in. It was our expertise in polymer and synthetic chemistry that was used to develop a non-fibrous and non-porous plastic film, which the banknotes are printed on.

In addition to the plastic film we also developed optically variable devices (OVDs) – devices that change its appearance when something external to the note is changed. For example, if the note is held between the fingers the pressure causes a colour change; if the note is rotated a colour change occurs or an image moves across the note etc. These OVD’s cant be photographed and hence make the notes difficult to forge. I guess the appropriate word at this point is, winning! Our nifty polymer bank note technology is now being used overseas, in 22 countries, as commemorative or circulating notes.

Polymers are long chains of molecules strung together; think of them as like beads on a string. And they are in a lot of things, such as paints, mobile phones, car parts, and clothing. Making polymers was an inexact science and the process of making polymers needed to be controlled to allow scientists to design their polymers for specific purposes. The same guy who led the team that made the polymer bank notes, Professor David Solomon, also led the teams that developed two separate systems that gave us better control when making polymers: Nitroxide Mediated Polymerisation and RAFT. 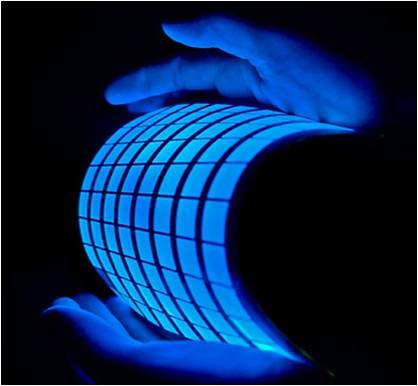 Professor Solomon along with Dr Ezio Rizzardo developed RAFT, a process which is being used in almost every university chemistry department. RAFT is helping other researchers make new polymers and develop new products that will eventually be used by us. One such product is the organic light emitting diode (OLED). A while a go we mentioned how OLEDs would be a good way to Lighten the Load of planes. OLED panels emit light in a very diffuse and even way across a range of colours. They are already being used in television screens, computer monitors, mobile phones and cameras.

If you like polymers – or money – you might want to go see the David and Ezio talk about how they made money and revolutionised polymer science on Monday night, 7 May. They will be at CSIRO Discovery in Canberra discussing all the technologies they have instrumental in developing. Check out the details of the talk.