Researchers on board our RV Investigator are surveying seabirds in the Coral Sea to see which parts of the ocean are used by different species. 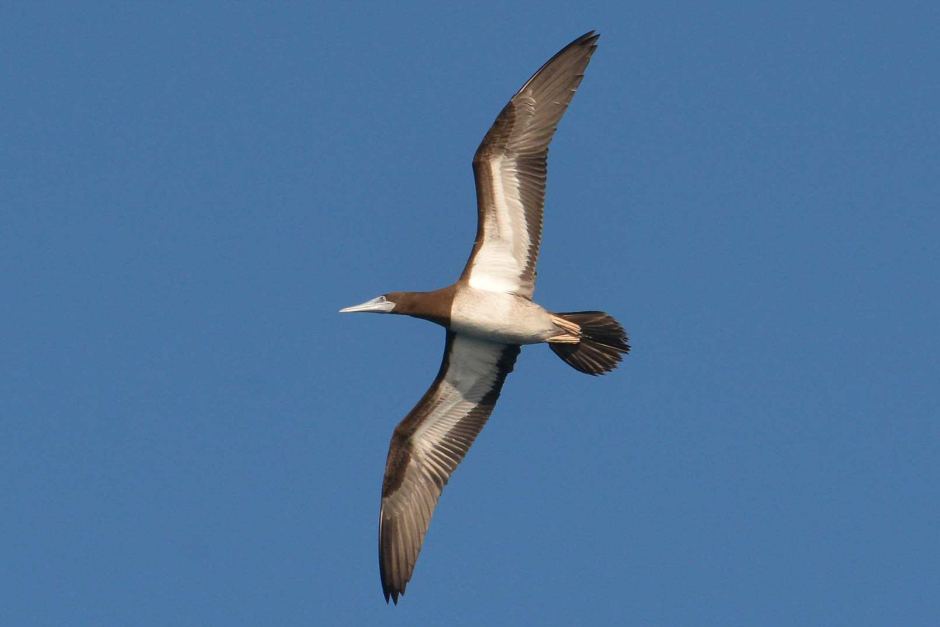 The Coral Sea is revealing new information about seabirds, like the brown booby. Image: Eric Woehler

Australia’s economic zone, or sea zone, is larger than its land mass and a lot remains unknown about the marine life which inhabit the vast waters.

An ongoing project is changing that, and is recording data about the distribution of seabirds and marine mammals at sea.

Ornithologist Eric Woehler is on his 10th voyage on the CSIRO research vessel (RV), Investigator, surveying birds on the Coral Sea.

“We’ve barely scratched the surface when it comes to mapping and understanding our marine areas around Australia,” Dr Woehler said. 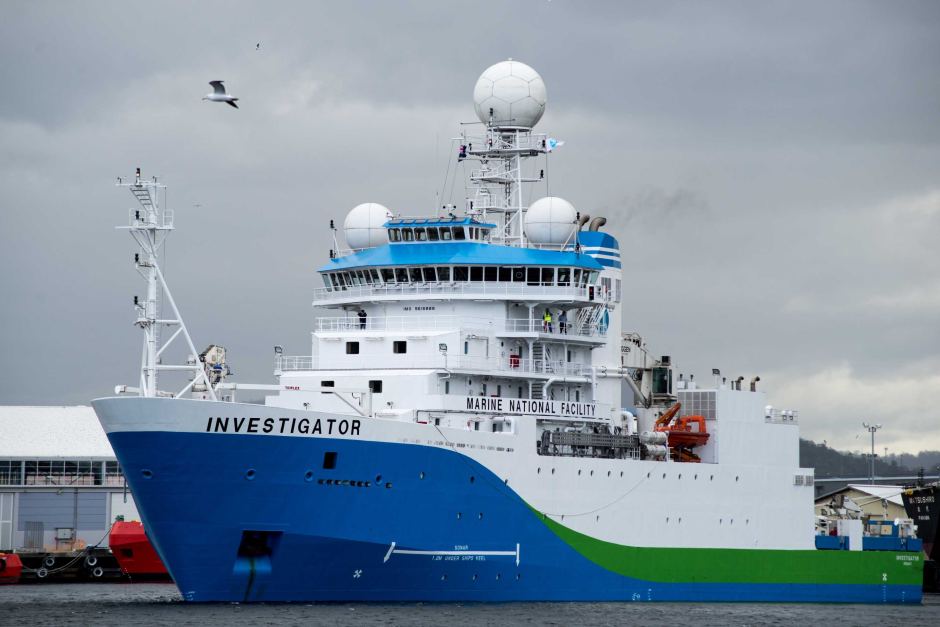 While basic data is available, Dr Woehler said so much was unknown about the remote parts of Australian waters.

“The reality is we’ve got very little information,” he said.

“We know where the birds are breeding and we know population sizes of the various colonies of albatross and penguins and shearwaters.

“But we have much less information about where these birds go when they fly away from their colonies and spend time at sea.” 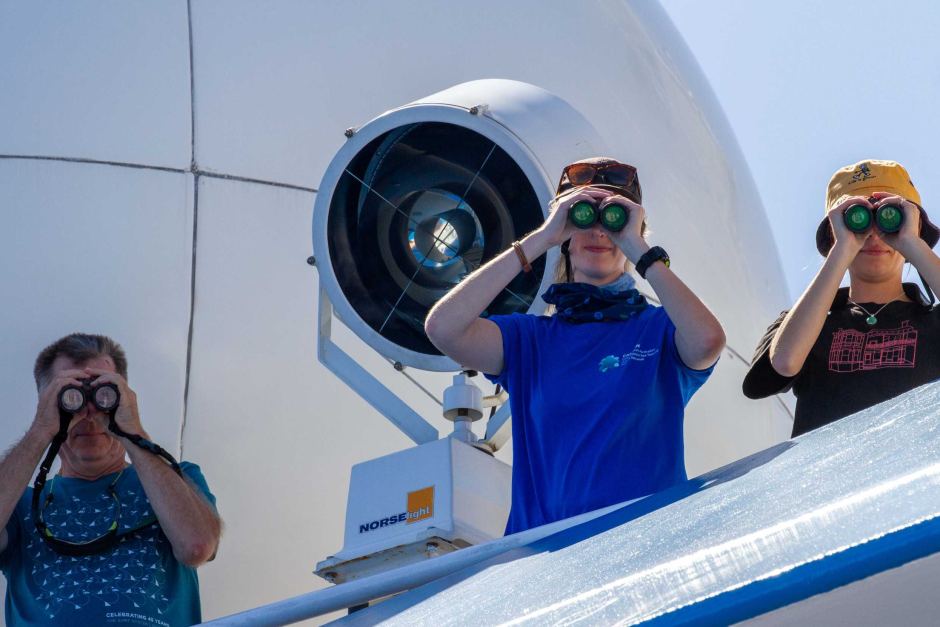 Eric Woehler and his team on board RV Investigator keenly watch for birdlife. Image: Huw Morgan

The Australian Exclusive Economic Zone is the third-largest economic zone in the world, with a marine area of 10 million square kilometres.

“We’re mapping all this information so that we get a better sense of which parts of the ocean around Australia are used by different species.” 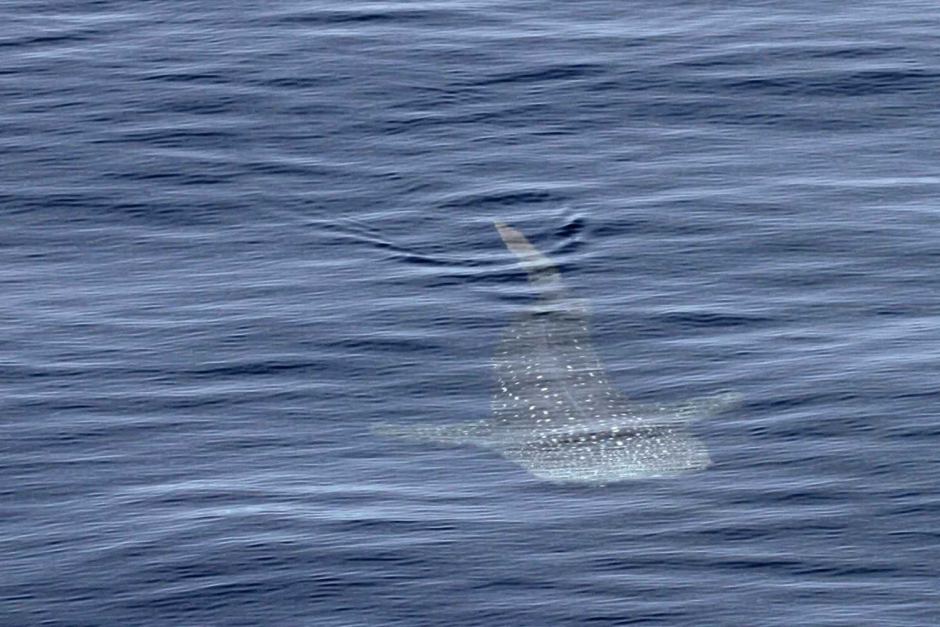 Dr Woehler said he was not expecting to see an abundance of birds on the Coral Sea, given its tropical conditions.

“Generally tropical waters are less productive. We would have expected to see fewer birds,” he said.

But Dr Woehler was unexpectantly pleased as the team surveyed 10,000 birds in two weeks.

“It’s a surprising result,” he said.

A curious observation was feeding assemblages of up to 600 birds feeding in the one spot.

“Usually something like dolphins and tuna will concentrate the food below the surface for them to eat and the seabirds take advantage of the presence of this high density of fish,” Dr Woehler said.

“So you suddenly see 600 birds diving into the water and feeding on these bait fish just below the surface.

“It’s a remarkable and active area.” 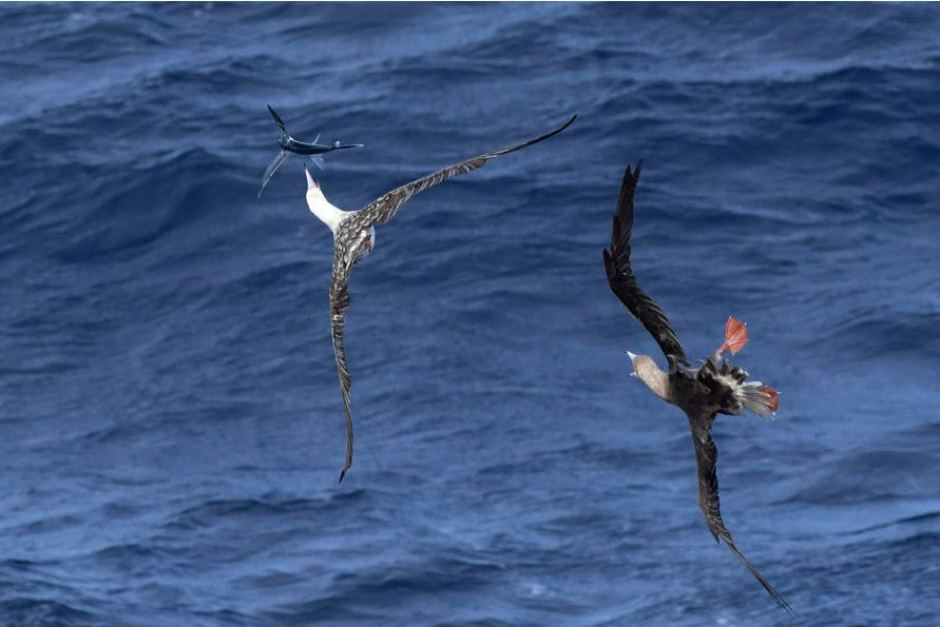 Dr Woehler said the feeding events were significant in recording data about the ecology of different species.

Dr Woehler has noted species from New Zealand, such as species of petrels, and other bird species not recorded in Australia.

But he said it was hard to know whether it was a normal observation due to the lack of data. 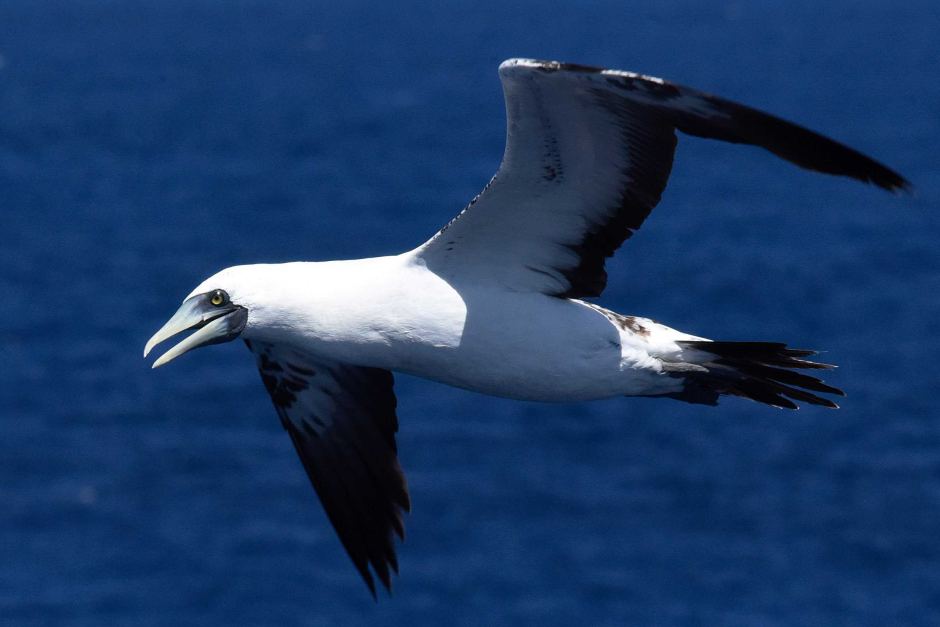 “People just aren’t out here doing surveys,” Dr Woehler said.
“We’re very fortunate to be where we are doing surveys in the more remote parts of the Coral Sea.”

The team’s data will go to Parks Australia, the Department of Environment, and the Australian Marine Mammal Centre.

“This is a project to identify where the important areas are for birds and marine mammals and other species around Australia,” Dr Woehler said.

RV Investigator is on a geoscience voyage surveying and mapping the depths of the Coral Sea, including ancient seafloor volcanoes. 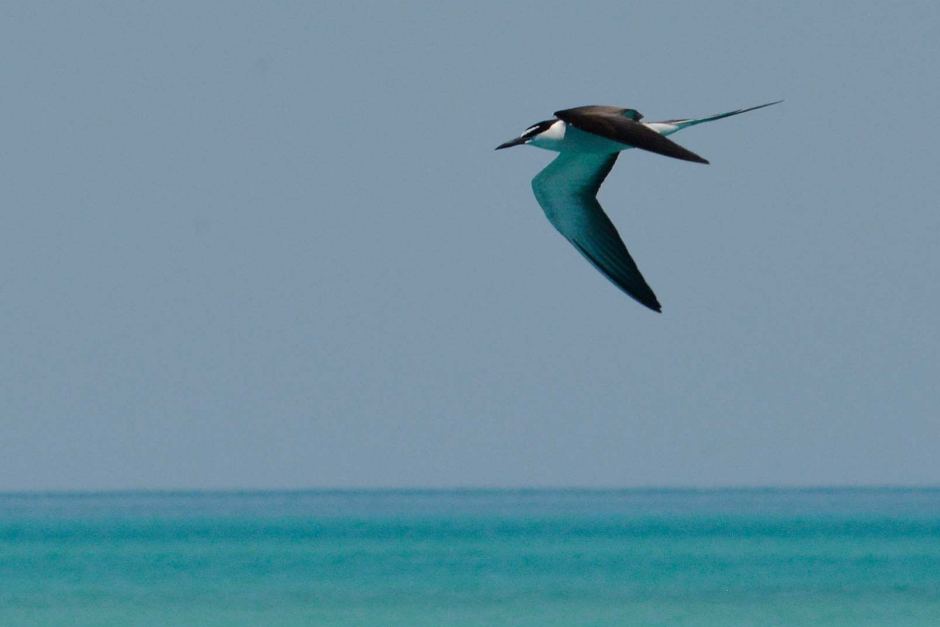 A bridled tern is among the 10,000 birds Dr Woehler and his team have surveyed in the Coral Sea. Image: Eric Woehler

This article was originally published on ABC News. Read the original article.

Previous post:
Virtual library gets straight to the core
Coming up next:
Managing chronic pain in more mobile ways