RV Investigator’s tales from the sea: week one

RV Investigator’s tales from the sea: week one

Investigator ahoy! Our swanky ship is off to the sub-Antarctic territories of Heard and McDonald Islands to explore the role of underwater volcanoes in nourishing an iron-deficient Southern Ocean. This is the first is a weekly series of pieces from the voyage's chief scientist Mike Coffin. 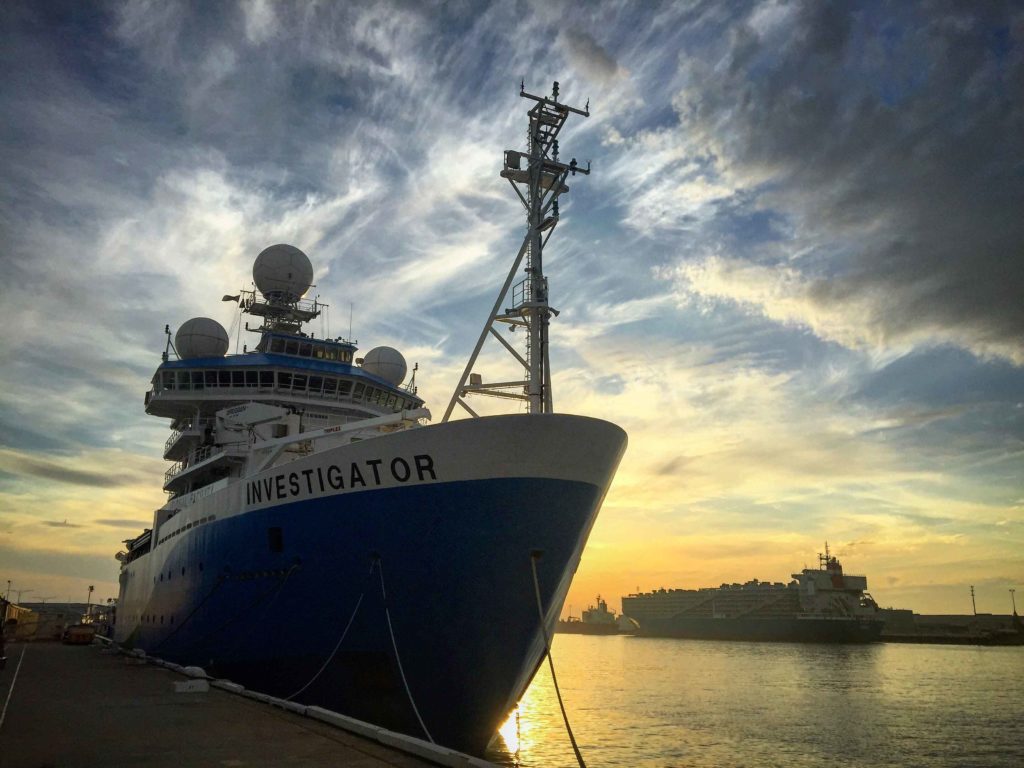 Investigator ahoy! Our swanky ship is off to the sub-Antarctic territories of Heard and McDonald Islands to explore the role of underwater volcanoes in nourishing an iron-deficient Southern Ocean. This is the first is a weekly series of pieces from the voyage’s chief scientist Mike Coffin.

I first had the idea for this investigation in 2008, and in the intervening eight years, my colleagues and I have assembled an international team of researchers and students, submitted multiple applications to various agencies and authorities for support and permissions, been granted ship-time and science funding, and obtained requisite environmental permits. Thus the voyage is the culmination of nearly a decade of planning involving scores of people.

The science and support team first assembled for mobilisation of the voyage at Fremantle’s Victoria Wharf, where RV Investigator was berthed, from 6-8 January. Two-and-a-half days of intense activity ensued, mirroring the enthusiasm and anticipation of all voyage participants.

We number 60 souls on this voyage. That total includes 29 members of the science party, 11 science support staff, and 20 ship’s crew. The 40-strong research team is a veritable United Nations, representing 14 nationalities from four continents. This diversity reflects our efforts to assemble the best scientific team globally to achieve our research objectives, as well as the boundless nature of the global ocean. 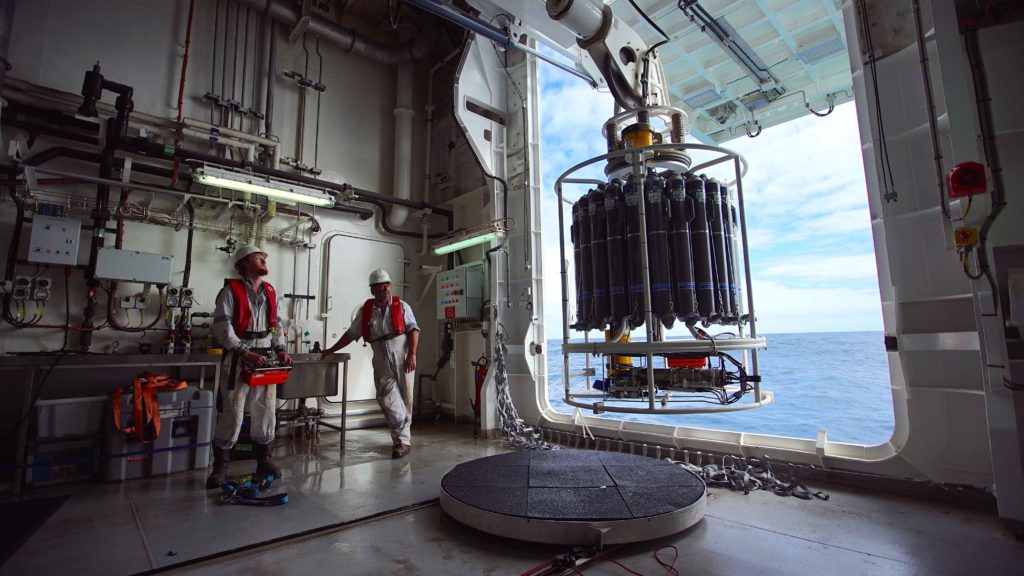 The crew deploys a conductivity-temperature-depth (CTD) rosette into the ocean. The 36 bottles on this carousel, which will be used to study eddies, are designed to withstand pressure at depths of 7,000 metres.

We embarked from Fremantle Friday afternoon with an extra person, a technician who was undertaking final tests of RV Investigator’s navigation system. He was run ashore by a ship’s boat after the tests were deemed successful, and we began the long transit to the Heard Island region late that afternoon.

During the first half of the transit, from 8-12 January, we’ve tested some of the scientific equipment that will be deployed in the Heard Island region, including conductivity-temperature-depth (CTD) and trace metal (TM) rosettes, a bio-optical package, in situ pumps, and the remotely operated towed vehicle (ROTV) Triaxus. Anti-cyclonic and cyclonic eddies were the location of these tests, yielding valuable oceanographic data. We have also launched robotic floats for the Australia-India Strategic Research program and Southern Ocean Carbon and Climate Observations and Modeling (SOCCOM) project as well as drifters for the US National Oceanic and Atmospheric Administration’s (NOAA) Global Drifter Program.  En route, we also collected multibeam, backscatter, and sub-bottom profiler data over a site scheduled to be drilled during International Ocean Discovery Program (IODP) Expedition 369 in 2017.

If you’d like to find out more about the RV Investigator and the rest of the Marine National Facility, visit our website.

Previous post:
Using herpes virus to eradicate feral fish? Carp diem!
Coming up next:
Ants, bees and wasps: the venomous Australians with a sting in their tails