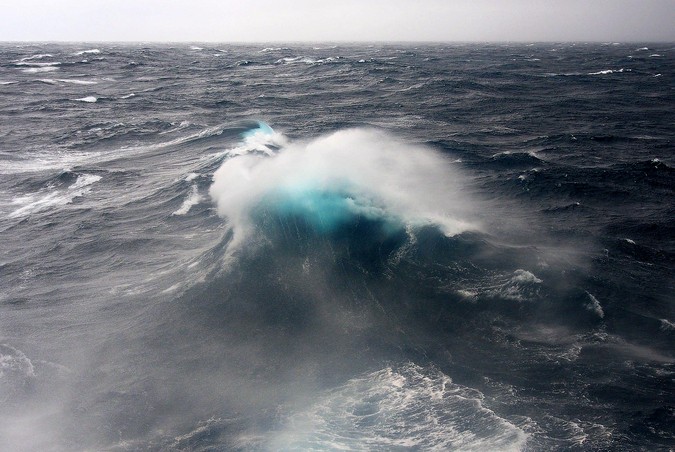 Over the last few weeks companies supplying scientific equipment for the Marine National Facility research vessel Investigator, have been testing and calibrating gear and preparing the ship for research voyages in 2015.

The Director of the Marine National Facility Ron Plaschke said the trial voyages departed Hobart on 27 October and 1 November and on both occasions the weather turned for the worse with rain, hail, 50 knot wind gusts (Beaufort Scale 8) and seas of up to seven metres.

“The on board stabilisation system using internal anti-roll tanks works very well, and we were impressed with the way in which the ship handled in the rough weather,” said Mr Plaschke. Vendors from around the world and across Australia have been flying into Hobart for the sea trials, and some of the equipment being testing includes:

“It’s exciting to head out to sea and test all of these capabilities and to start the process of training the crew and the support staff in how to operate the huge variety of scientific equipment on the ship” said Mr Plaschke.

From now until early December, Investigator will be in and out of Hobart on voyages that will give scientists and crew time to develop safe work practices and procedures, particularly for deploying equipment from the main deck.

Under direction of an independent Steering Committee, the Marine National Facility is owned and operated by CSIRO on behalf of the nation.

The Welcome to Port Celebrations for RV Investigator will be held on the CSIRO Wharf at Battery Point on Friday 12 December 2014, which will mark the official handover of the ship from CSIRO to the Marine National Facility, for operation.

Previous post:
Proceeds of crime: how polymer banknotes were invented
Coming up next:
Getting down and dirty with digital maps