Insect of the week: weevils in the malt, and everywhere else

Insect of the week: weevils in the malt, and everywhere else 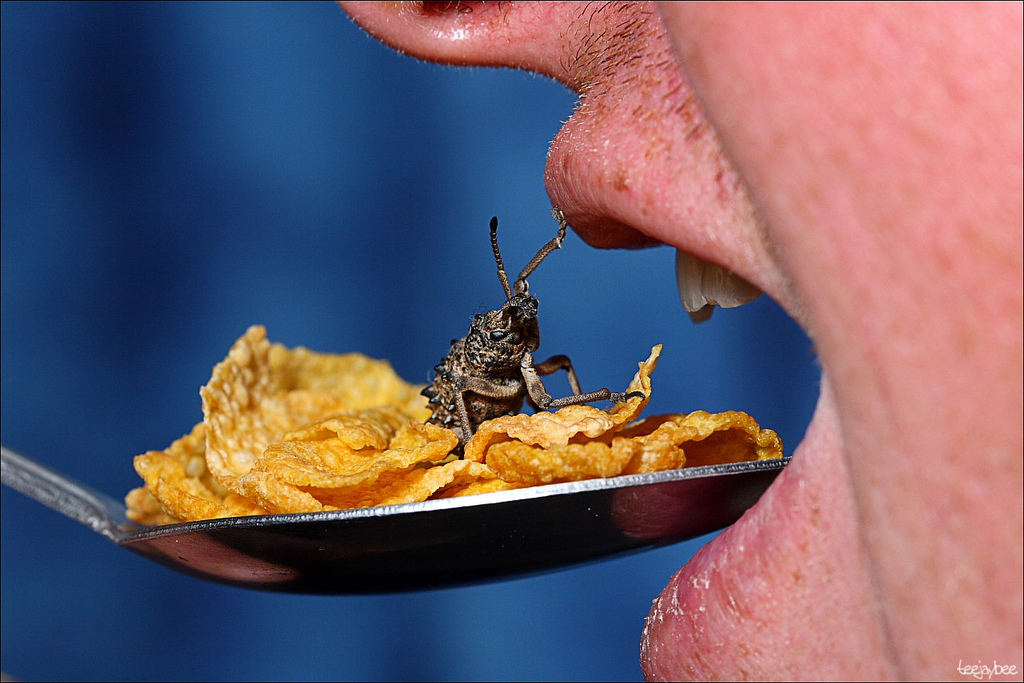 Weevils in your cereal? Image: teejaybee/Flickr

In 1720, a J. Strype wrote in Stow’s Survey of London that those catering to the demand for a pint or two ‘commonly brewed with Wyvel Malt’. In other words, adjusting for modern spelling, their malt was infested with weevils—those tiny beetle pests that get into the pantry and eat holes in stored foodstuffs. There are rice weevils, maize weevils, granary weevils, bean weevils and pea weevils, and they may be sharing space in your food cupboard with various kinds of caterpillars, such as Indian meal moth larvae (which add insult to injury by webbing muesli together and leaving their micro-droppings everywhere).

Bean and pea ‘weevils’ aren’t real weevils: if you look at one closely, you’ll see they don’t have a beak—an extension of the head with the mouth at the end. To a pedantic taxonomist, a weevil must have a beak. This handy hole-boring apparatus lets the mother weevil sink a shaft into a tasty grain of wheat, or perhaps an acorn, a flower bud or the bark of a tree, to prepare a safe egg chamber for the next generation of weevil grubs. The beak innovation seems to have led to something of a bonanza in weevil evolution: coinciding with the rise of flowering plants, weevil biodiversity took off. These pointy-headed beetles now dominate the species lists, and there are few plants that don’t have weevils chewing on or boring into their leaves, buds, fruit, seeds, bark, stems, or even roots. And there are other weevils that specialise on fungi or rotting timber. 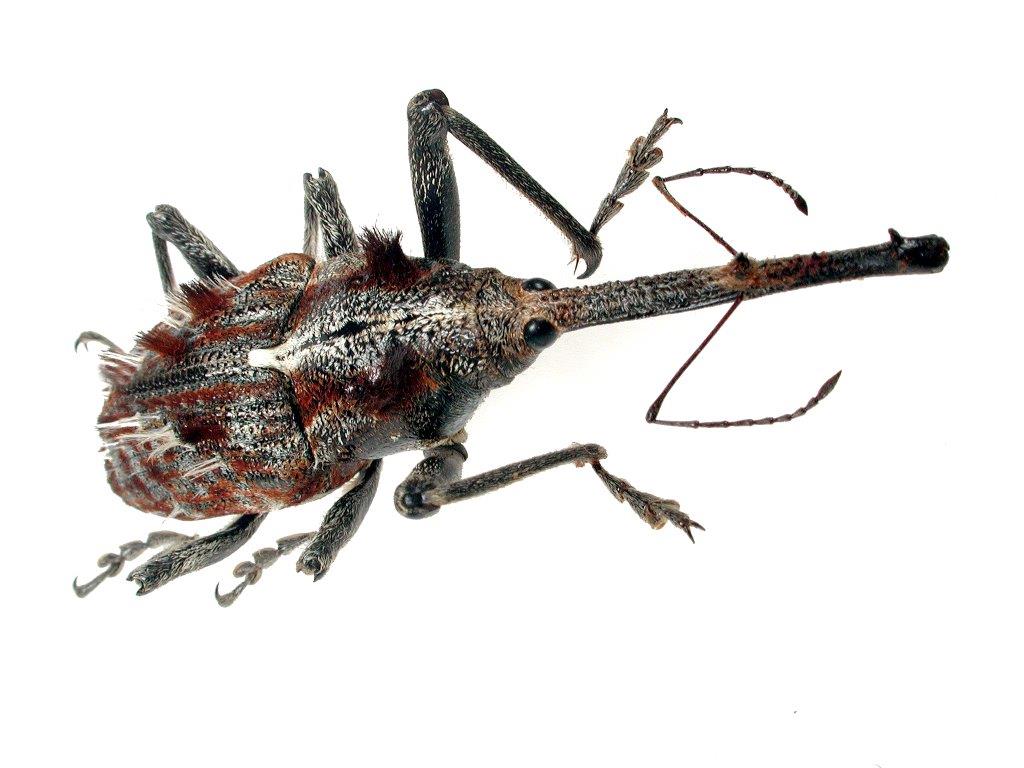 If size counts, the Great Pine Weevil is Australia’s champion weevil at 60 mm long, counting the beak of course. It’s a borer in native Araucaria pines.

Overworked museum entomologists have never been able to catch up with the task of putting scientific names to the multitude of weevil species. Globally, about 62 000 have been named, which leaves at least 140 000 species nameless if current estimates are accurate.

So, calling all potential weevil taxonomists! If you have an eye for detail, an interest in the diversity of small creatures and a way with (Latin) words, then this may be a job for you.