Insect of the week: attack of the giant bugs

Insect of the week: attack of the giant bugs

Ladies and gentlemen, we interrupt our program of blog posts to bring you a special bulletin from the nation’s capital, Canberra. 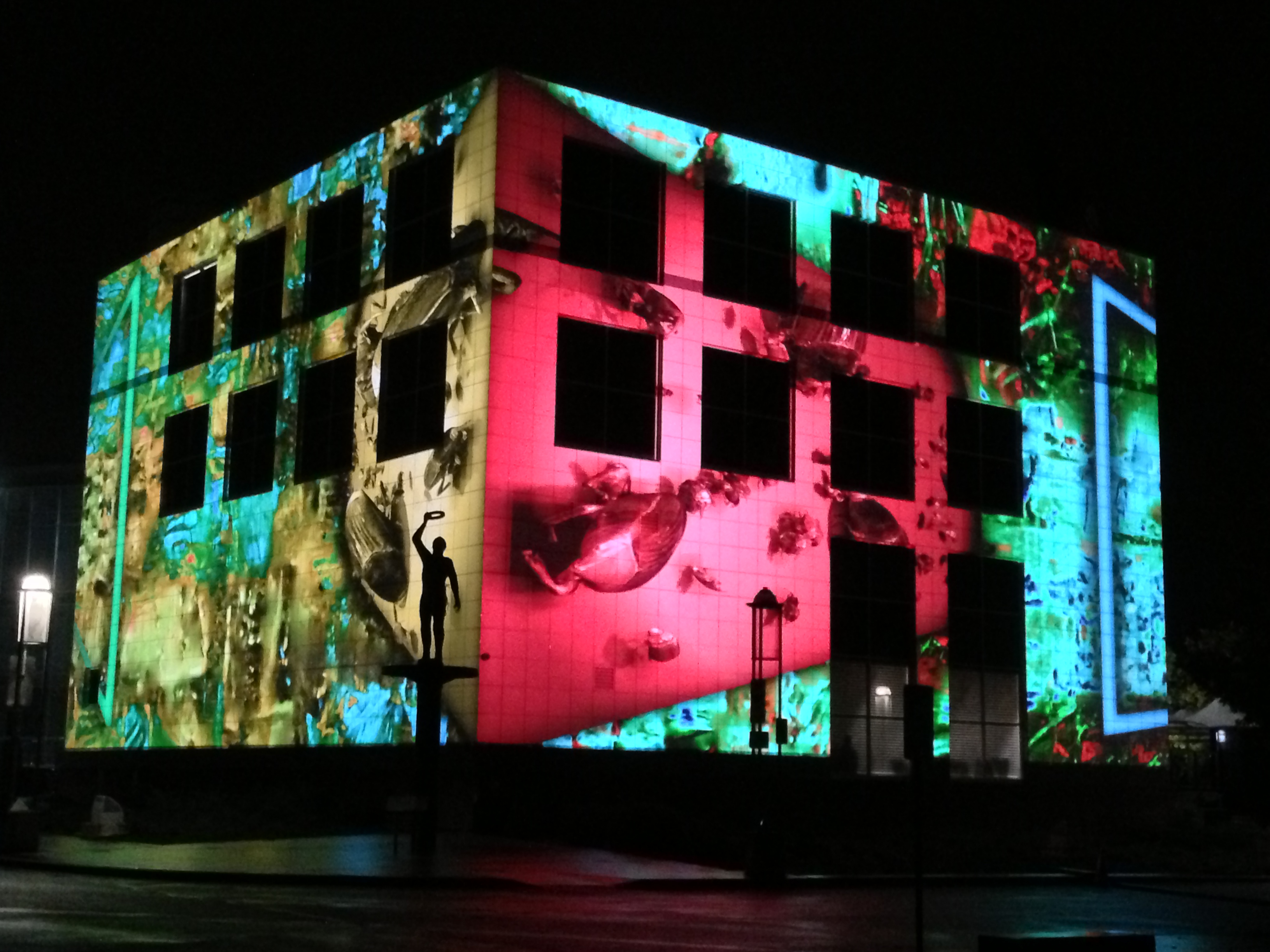 Giants bugs spotted on the Questacon building in Canberra

No, it is not an extraterrestrial invasion, nor even the set of a B-grade 1950s horror film—but Canberra residents out at night this week could be excused for thinking they had stumbled onto one.

These giant bugs are some of the many artworks being projected onto prominent buildings around the city at night as part of the Enlighten: see Canberra in a whole new light festival.

Insect specimens from CSIRO’s Australian National Insect Collection are playing a starring role in the festival—bee, Christmas beetle, cicada, jewel beetle and palm weevil specimens were among the models used for the projected artworks.

The artworks in question are the creations of CSIRO Science Art Fellow, Professor Eleanor Gates-Stuart. Working with 3D reconstruction and modelling specialist, Dr Chuong Nguyen of CSIRO’s Mathematics, Informatics and Statistics division, she has managed to transform the lifeless insect specimens into vibrant photonic reincarnations.

Chuong used a state of the art 3D scanner to capture the insect specimens in 3D and then Eleanor used the scans to create an animated, bug-inspired artwork. Large scale projection specialists, The Electric Canvas, worked with Eleanor to convert still frames from her animated artworks into architectural projections, and voilà… the results are stunning. 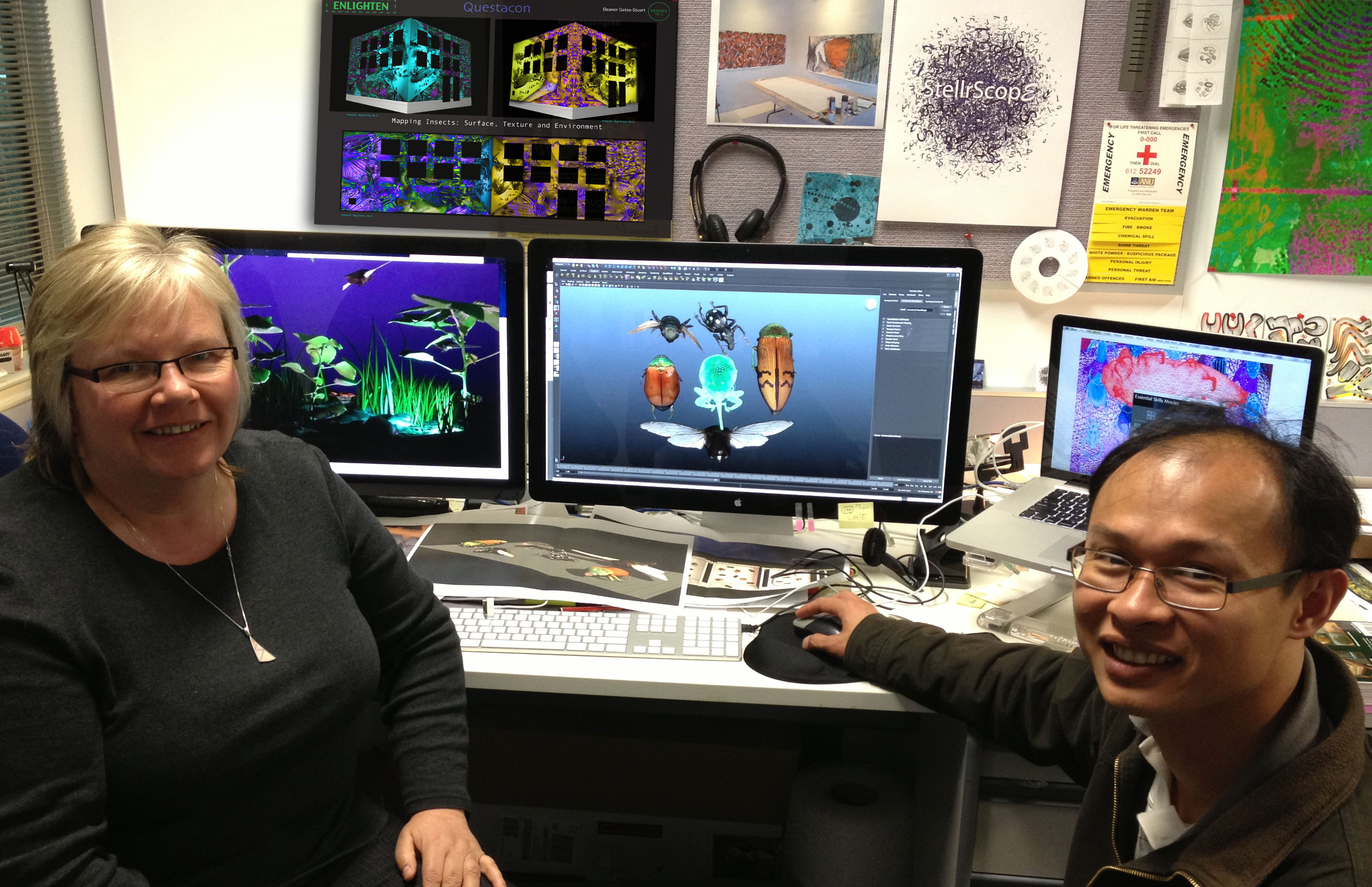 Eleanor and Choung work their magic on the insect specimens

ABC’s 7.30 program interviewed Eleanor about her work as part of the festival and caught some footage of Chuong and the 3D scanner in action. Watch the segment here (from 2:35).

You can find out more about Eleanor’s work on her website.

The festival runs until Saturday 9 March, so if you’re in Canberra go along and check out the giant bugs while you still can.

And by the way, these bugs are completely harmless so don’t do a Kent Brockman and pledge your allegiance to the insect overlords…

Previous post:
How did you spend your summer holidays?
Coming up next:
Moo-thane emissions