How we helped reinvent the wheel

How we helped reinvent the wheel

The new Ford Mustang is sporting the world's first mass-produced carbon fibre wheels - and we steered them to safety.

The Shelby Mustang has been held up as high performance marvel by sports car-enthusiasts for generations. Appearing as fabled-creature Eleanor, she’s best known for stealing the show (and Nicolas Cage’s heart) in the action flick Gone in 60 Seconds.

Now, details of the all-new 2016 Ford Shelby GT350R have been released. And it has been touted as the most track-ready road-going production Mustang ever.

That the new Shelby will be rocket ship-fast should come as no surprise, but what is news to many is that it’s an Aussie innovation that will make this pony gallop! 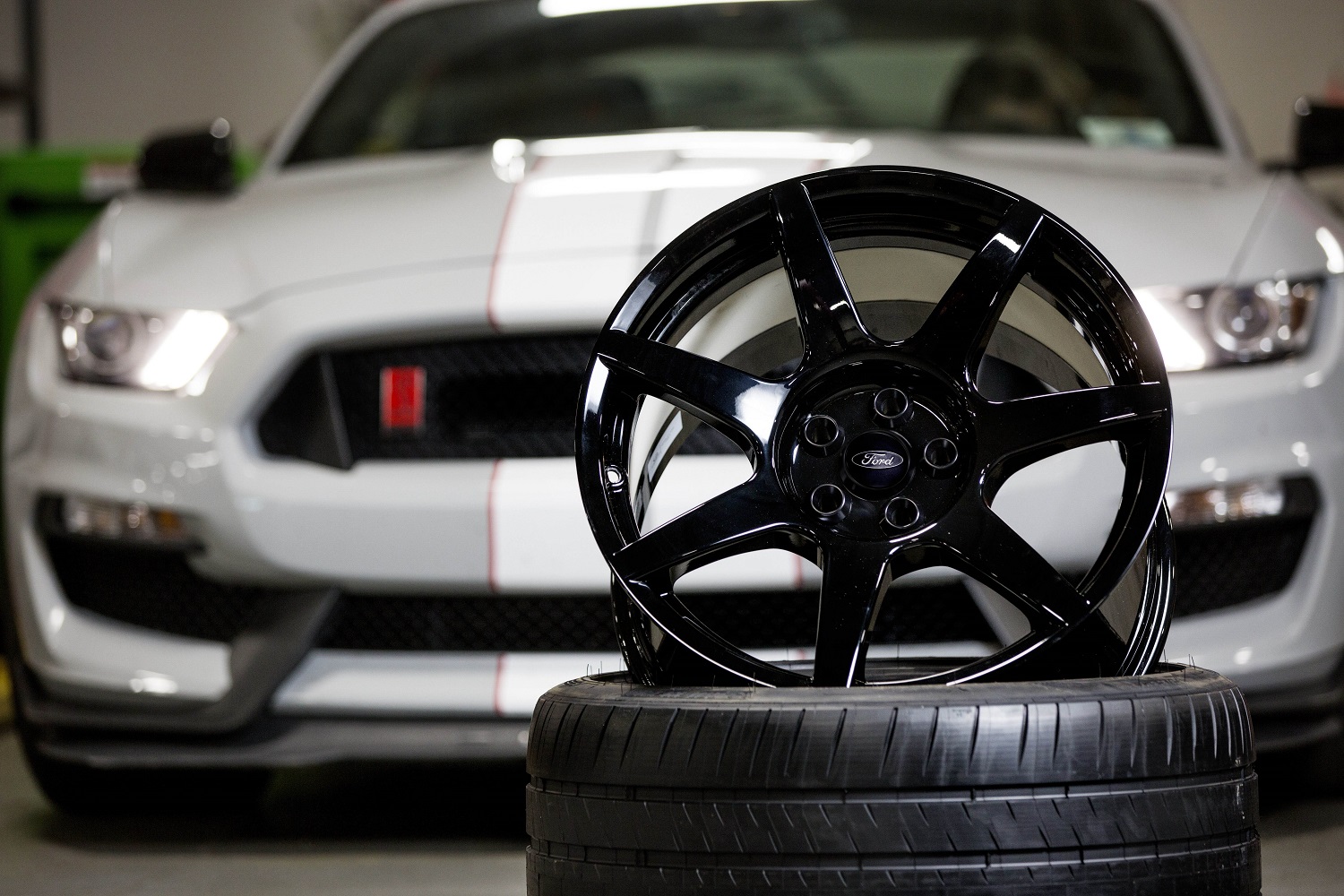 Ford has announced the GT350R will roll out the world’s first mass-produced carbon fibre wheels.  Not only do these wheels look fast, carbon fibre wheels are nearly half the weight of an equivalent made out of aluminium (eight kilograms versus 15 kilograms) and as a result, a car’s handling, acceleration and chassis performance see serious benefits.

Up until now, these high-performance wheels have only been available as an after-market product or in the rarefied world of supercars. This is the first time they will be included part of a car’s standard kit.

And the best part is, this high-tech innovation has been developed right here, by Geelong-based manufacturer Carbon Revolution.

Carbon Revolution is a leading manufacturer in carbon-fibre wheels, however when approached with this challenge, they knew significant innovation would be needed to meet Ford’s particular requirements.

The wheels would have to be incredibly strong, in order to withstand the likes of kerb strikes, potholes and everyday bad driving, as well as wear and tear from weather, rain and temperature changes.

That’s why they approached our Infrastructure Technologies team to help put the wheels through their paces. Using our accelerated weathering and materials durability equipment, we simulated conditions equivalent to extended exposure to the elements. We were able to show that the high-tech wheels could stand the test of time.

Because many owners will also take their GT350R around the track, the wheels also had to be designed to withstand some serious heat. After all, have you ever seen the glow from the brakes after Winterbottom hits the anchors flying into a hairpin corner?

To address this, Carbon Revolution developed a heat-shielding method that is literally out of this world – similar to that used on the engine turbines of space shuttles. However, they needed to assess how effective this would be for when applied to a road vehicle.

Drawing on our expertise in fire safety, our engineers worked with the company to thermally model the conditions the brakes and the wheels would experience in race conditions. The team then repurposed facilities used for bushfire testing to expose Carbon Revolution’s wheels to a series of high heat load assessments. The tests showed that the wheels were able to withstand the high brake temperatures, without degrading the carbon fibre.

Not only is Ford’s announcement a big plus for car enthusiasts, it’s a huge win for local industry – highlighting Australia’s important role in supplying the global auto market.

This will continue thanks in part to Carbon Revolution’s $24m purpose-built manufacturing facility that will create over 100 new jobs for the Geelong region.  When complete, this facility will have capacity for commercial scale production of 50,000 carbon fibre wheels a year.

Find out more about the services we offer for business.

Previous post:
The ingredients (and our vision) for a smart society
Coming up next:
What does our ocean modeling tell us about the fate of flight MH370?