How did the world’s biggest fish end up in a river?

How did the world’s biggest fish end up in a river?

A whale shark has been spotted 40 km upstream in a river in Queensland, puzzling scientists and the community due to this unusual behaviour. 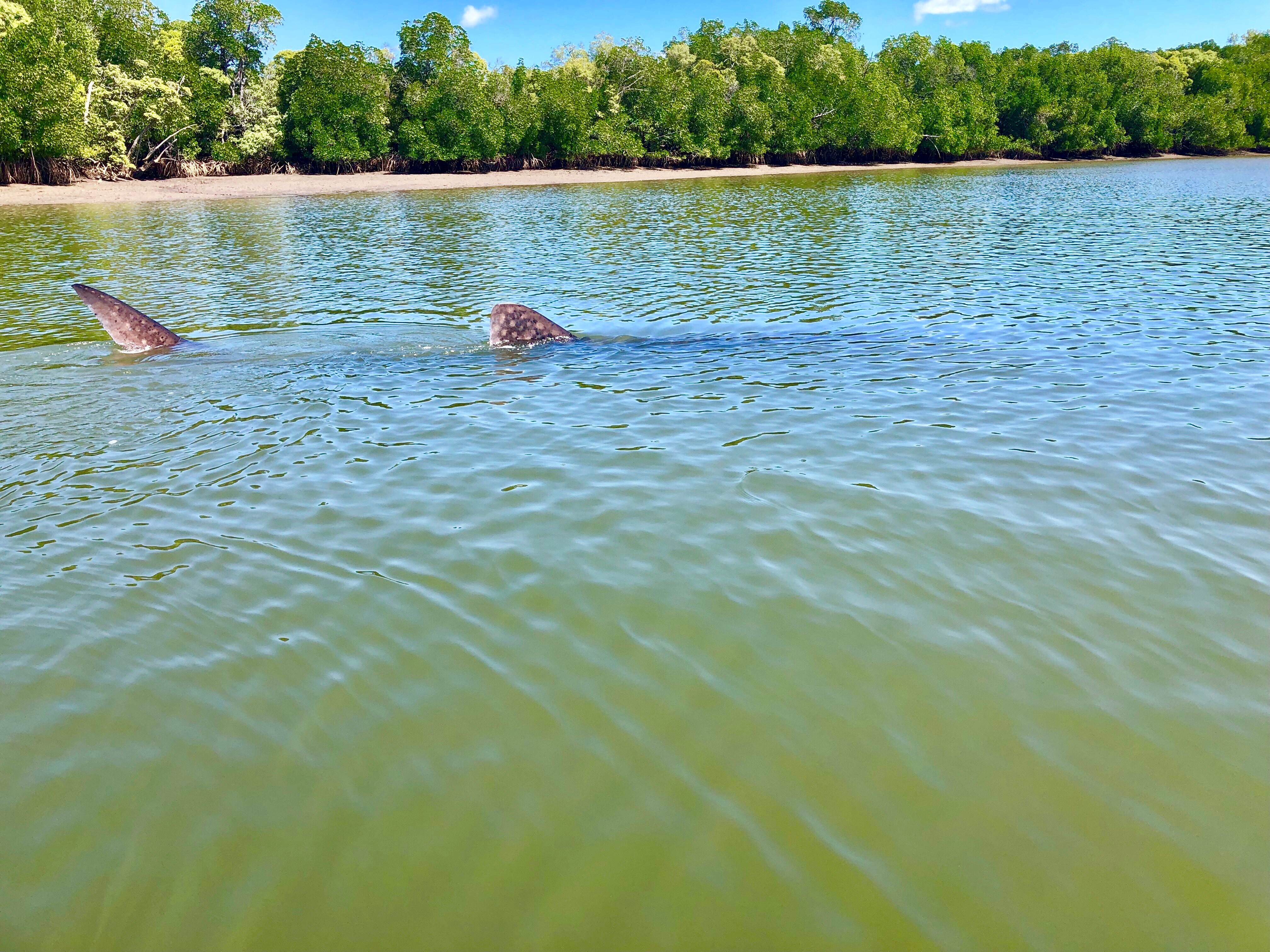 They can be the size of a bus, eat more than 20 kilograms of zooplankton a day, and travel thousands of kilometres across our oceans. It’s the majestic marine giant – a whale shark.

We recently got a big surprise when we heard one was spotted 40 kilometres upstream in Hey River, near Weipa, Queensland.

Our whale shark expert, Dr Richard Pillans, has been studying whale sharks for five years. He has tracked more than 40 whale sharks at Ningaloo Reef, Western Australia, and has tracked them travelling thousands of kilometres to feed. However, it’s rare to spot them so far upstream.

“It’s very uncommon for a whale shark to be found this far up a river,” Richard explained. “We believe it to be one of very few times that this has happened anywhere in the world.”

So, the question is… why?

Wrong turn on the water highway

Richard closely monitored the six-metre whale shark and what it got up to on its unexpected adventure.

“It could’ve been simply lost, or perhaps it was sick,” he said.

“It was swimming back and forth in a small and shallow section of the river. And it didn’t move further downstream into deeper water and wasn’t quite sure which way to go.

“The water is deep enough so, in theory, it could find its way out, but it seemed to be confused.”

Following a week spent in the river, the whale shark disappeared. But before it did, Richard worked with the Queensland Government to take a tissue sample from the whale shark so he could use its DNA to determine where it came from. 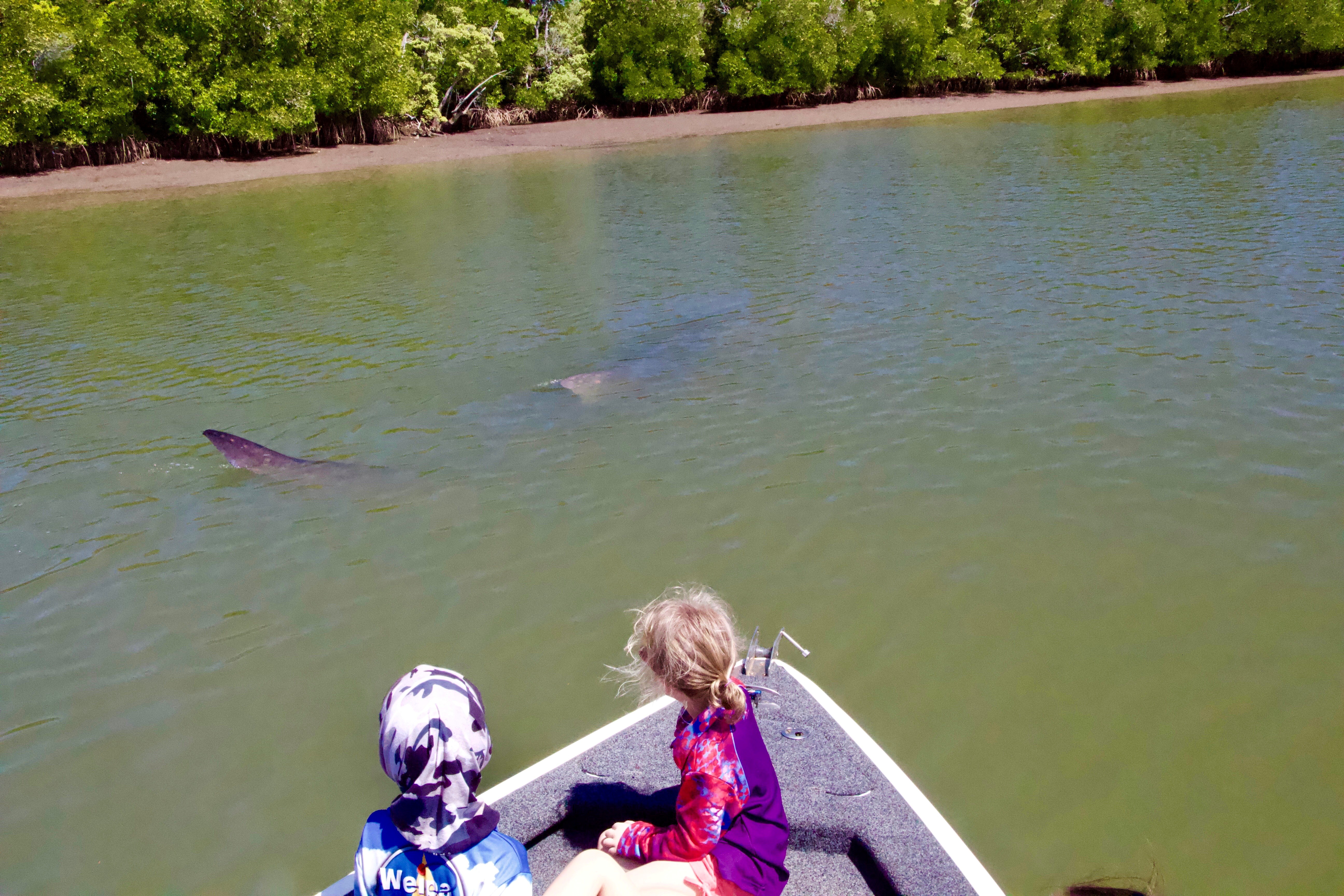 “The DNA could match one of hundreds of whale shark we’ve sampled at Ningaloo Reef. This particular whale shark could have travelled from the other side of the country or from somewhere in the Pacific Ocean. The DNA could also reveal if it shares a mother or father with the other whale sharks we have sampled,” Richard said.

“Now that the whale shark has moved on, we don’t know how it came to be 40 kilometres upstream. We hope that it found its way back to the ocean and eventually back to home.”

Whale shark of a time

The river sighting is not the only new development that has provided insight to whale shark behaviour and movements.

“Whale sharks were recently witnessed trying to mate for the first time at Ningaloo Reef which was an incredible development,” Richard told us. 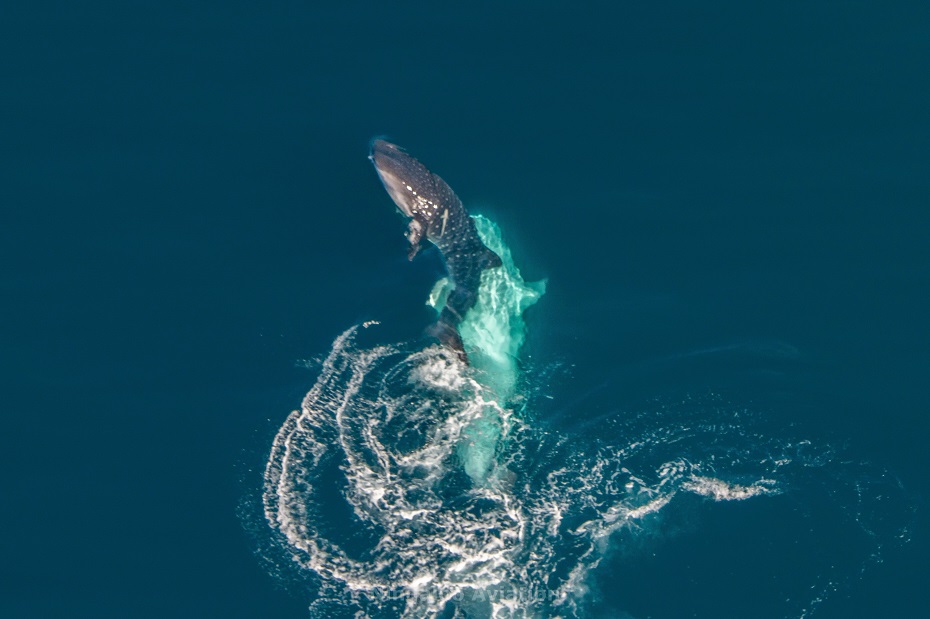 “A large male approached a small female and tried to mate with her, but she wasn’t very interested. They then dived to where we couldn’t see them anymore. It was all over in a few minutes as the female wasn’t large enough to be sexually mature.”

“We’ve tracked whales sharks travelling thousands of kilometres to the south of Perth, and even as far as the Gulf of Carpentaria. We’ve recorded them diving up to 1.8 kilometres below the ocean surface. What they do down in the deep ocean, we still don’t know.”

Richard and his team continue to track whale sharks using satellite tags. They also collect DNA samples to help determine how many whale sharks there are, and how old they are. 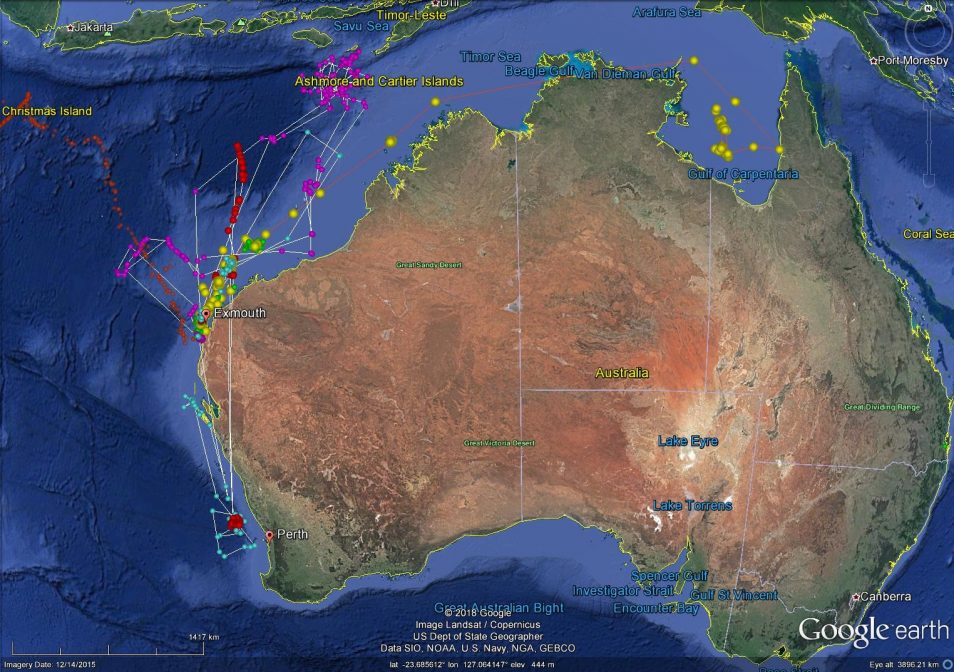 Hundreds and thousands: We have tracked hundreds of whale sharks at Ningaloo Reef, with some travelling thousands of kilometres.

As for the whale shark in the river, we hope it did make a lucky escape. And that the sample matches DNA already captured.

Our whale shark research at Ningaloo Reef is part of Ningaloo Outlook, a $5.4 million, five-year marine research partnership with BHP to gather new knowledge on the reef and its important ecological values.

Take a dive into our Ningaloo Reef research