For the first time at the world heritage-listed area, whale sharks, the world's biggest fish, have been captured on film attempting to mate. 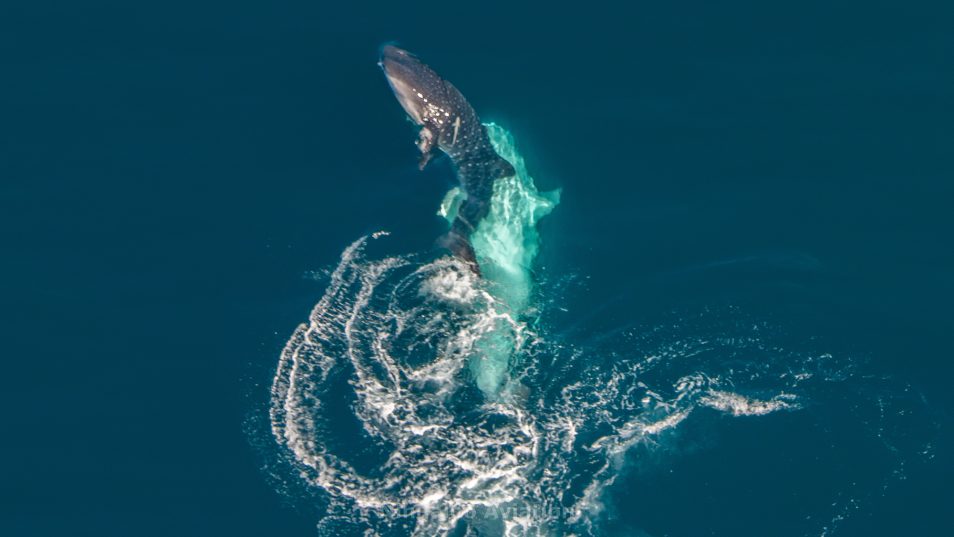 Love is in the air on Western Australia’s remote Ningaloo Reef. Well, in the water anyway.

For the first time at the world heritage-listed area, whale sharks — the world’s biggest fish — have been captured on film attempting to mate.

Ningaloo Aviation pilot Tiffany Klein took rare photos of the tryst while she was aerial spotting, searching for the graceful giants of the sea, as part of her regular work for tour operators and researchers, such as the CSIRO who were out on the reef with her this week.

“It’s the first time I’ve ever seen it and the first it’s ever been seen at Ningaloo,” she said.

“I always take my camera with me because so many amazing things happen out there everyday and you don’t want to miss those things.

“That was probably one of the most incredible things I’ve ever seen up here.” 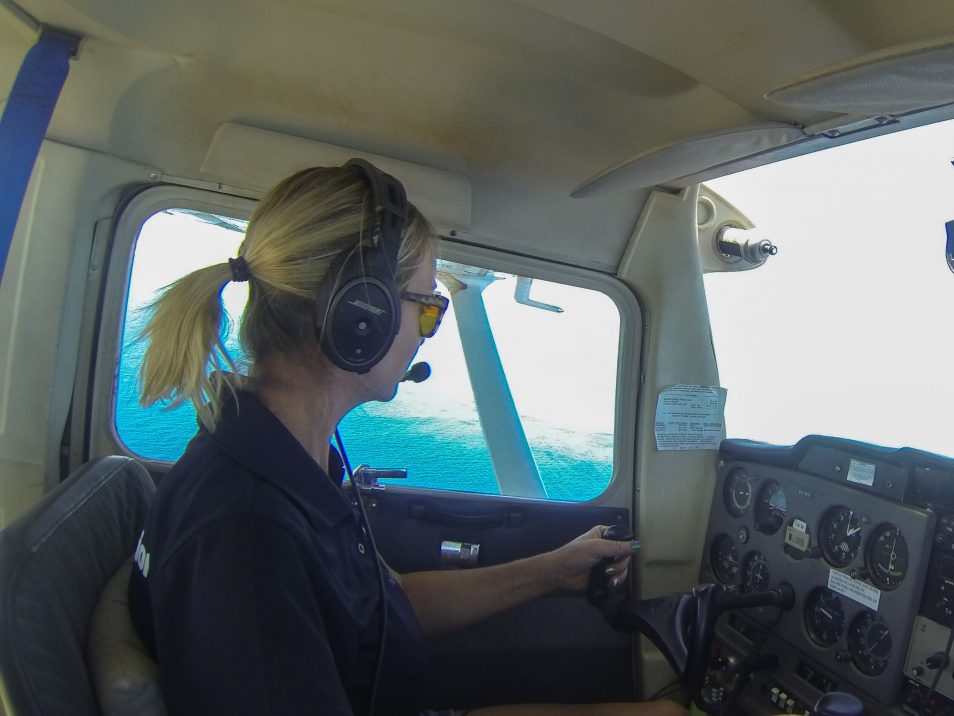 The tryst involved a 9-metre-long male whale shark, which had earlier been swimming with tour operators and their guests. 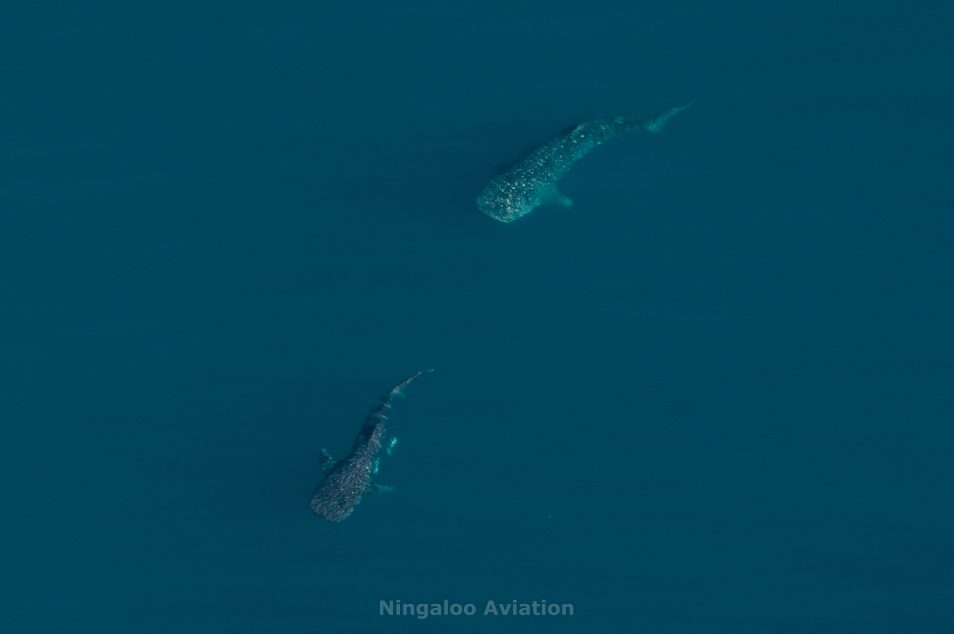 “He had been acting quite erratically, zigzagging around and up and down quite quickly,” Ms Klein said.

“After they left, I was directing the CSIRO boat to go and have a look at it and the shark approached another smaller female shark and just swam straight underneath the female shark and, yeah, got a little bit frisky.”

Unfortunately the feelings were not reciprocated.

“Yep, he was rejected, swam off away from them quite quickly,” Ms Klein said.

‘He was completely upside down’

CSIRO research scientist Richard Pillans was watching the whale sharks from a nearby boat when the waters became choppy.

“It was an extraordinary experience to see this male shark, that was behaving really erratically for an hour before that while industry was swimming with him.

“He was turning and twisting and diving and swimming a lot faster than normal.

“And then we saw him catch up to a female shark, well we presume it was a female shark but no-one was in the water at the time, and then there was this huge big swirling and the male basically turned upside down.

“As you can see from the aerial images he was completely upside down, his clasp or his male reproductive organs are flared and he’s attempting to mate with this female.

“Unfortunately for him the female wasn’t mature, she was too small to be a mature female, so his attempts were brushed aside but nevertheless the fact that that behaviour is taking place is extremely important.” 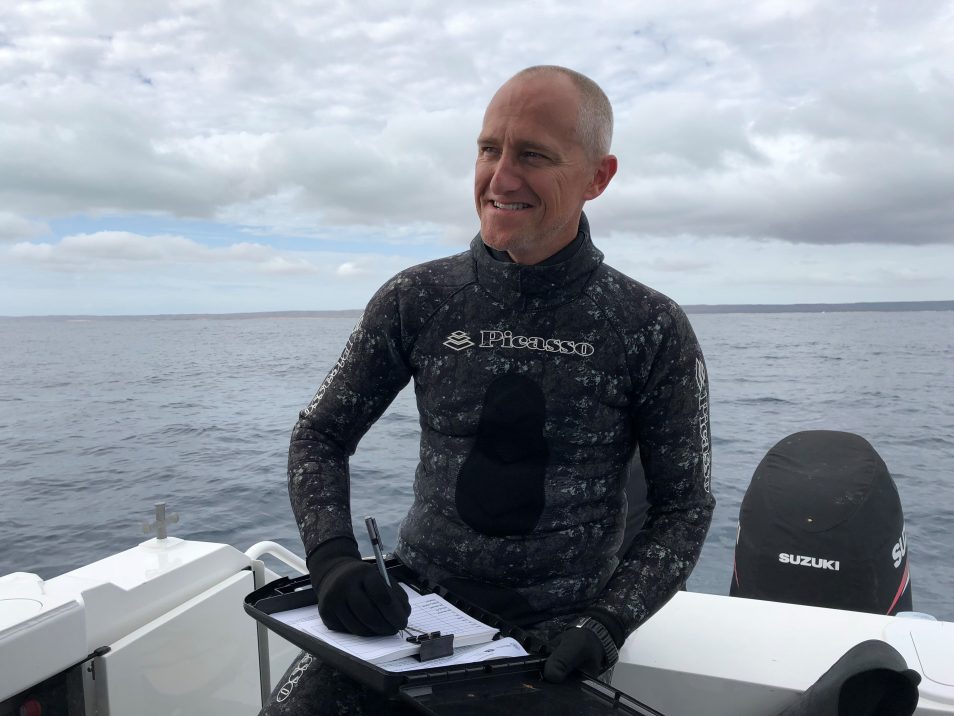 The spectacle could even have big implications for future research of the whale sharks at Ningaloo.

“The fact that the males are actively trying to engage in mating behaviour suggests that Ningaloo may be an area where mating occurs is very exciting and certainly something that warrants further research.”

The five-year project is a collaboration between BHP and CSIRO and involves attaching satellite tags to whale sharks to track where they go, as well as collecting DNA samples to help better estimate how many of the creatures visit Ningaloo and the Indian Ocean more broadly.

The research suggests the whale sharks can swim long distances.

“The animals at Ningaloo are basically genetically identical to animals on the opposite side of the Indian Ocean,” Dr Pillans said.

“Animals in Madagascar and Mozambique have the same genetic make-up, which implies that there are animals moving a long, long distance, much further than the ones that we’ve tagged and that others have tagged here at Ningaloo.” 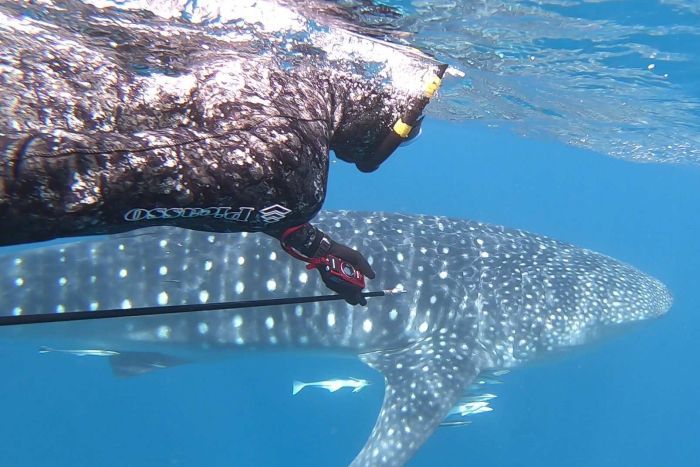 The sighting also raised further questions, including where the female whale sharks go.

“One of the questions is: where are the big females?

This article was originally published by ABC News. Read the original article.

Researching whale sharks is part of our strategic Ningaloo Outlook Research Project with BHP. This Industry-Science Research Partnership is investing $5.4 million over five years to gather new knowledge on the reef and its important ecological values.

Previous post:
Why there’s more greenhouse gas in the atmosphere than you may have realised
Coming up next:
How climate change might impact marine life