How CSIRO researchers are tracking the evolution of Australian insects

How CSIRO researchers are tracking the evolution of Australian insects

We're working with insects fossilised in 100 million-year-old amber to help track the evolution of Australian insects.

This article originally appeared on The Canberra Times. Read the original article here.

In news likely to disappoint Jurassic Park fans heading to the latest film in the series, scientists are no closer to extracting DNA from fossils preserved in amber.

But that hasn’t stopped researchers at the CSIRO’s Black Mountain headquarters from finding ways to piece together the evolutionary tree of Australian insects by working with insects fossilised in 100 million-year-old Burmese amber. 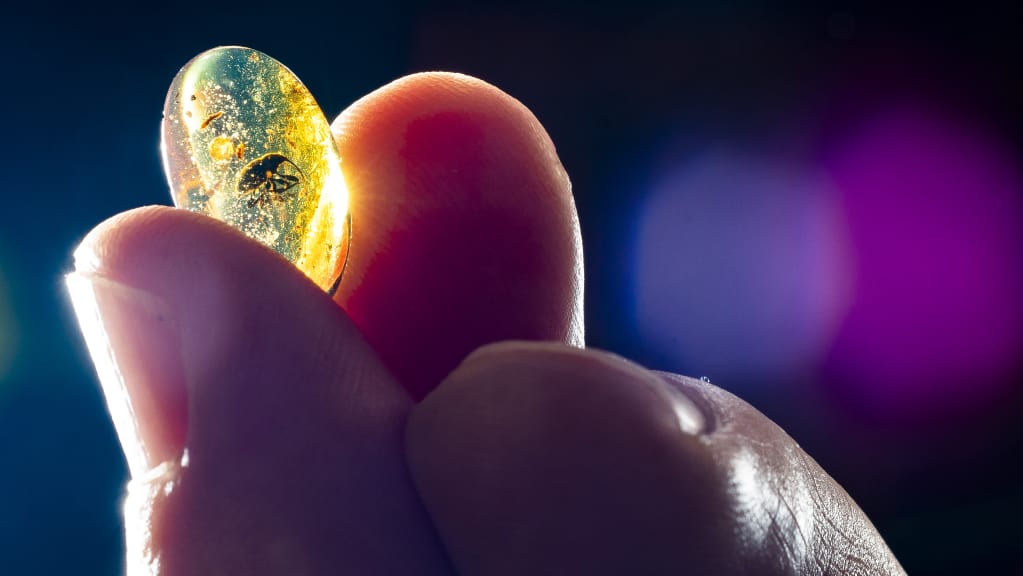 Amber fossils form when insects get stuck on sticky sap, which forms on trees and eventually hardens.

Dr Adam Slipinski, a research scientist and beetle curator at CSIRO’s Australian National Insect Collection, said researchers were still trying to figure out exactly what insects were in Australia and where they came from.

That information could have implications in fields like biosecurity, climate change, pollination and medicine.

“We’re trying to build a ground zero snapshot of the history of Australian fauna,” said Dr Slipinski, an expert in insect identification. 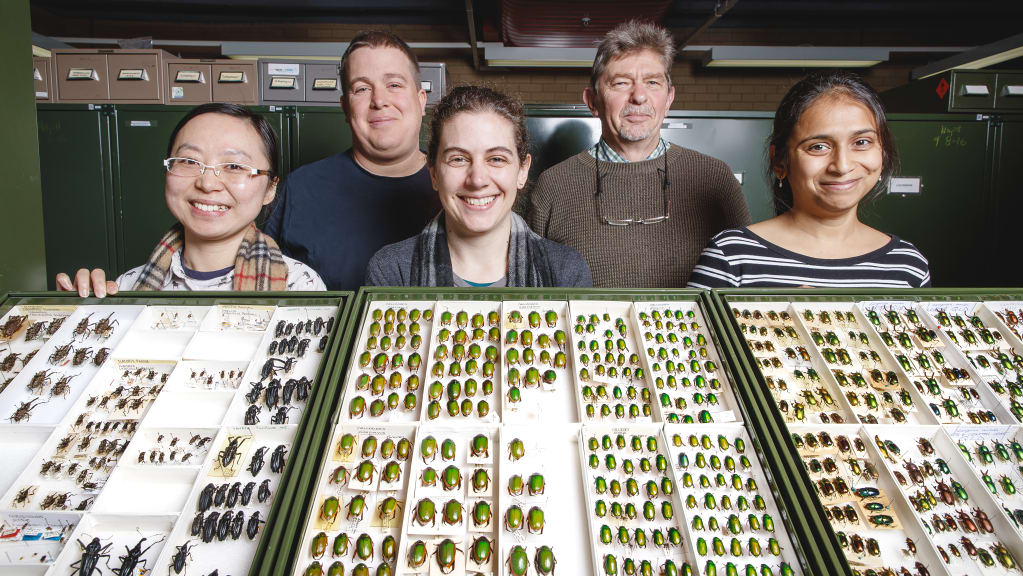 Dr Slipinski said amber fossils containing insects often carried other clues about when the creatures lived and how they evolved into species we know today.

In one amber specimen he inspected, a beetle was carrying a pseudoscorpion when it was dropped into amber resin, while in others, things like bird feathers and parts of plants were present.

“You can have a lot of ecological and biological interactions present,” he said.

“It’s like a frozen ecosystem, an amazing snapshot of history 100 million years ago.”

As part of its efforts to track insects’ evolution, the CSIRO also installed a new machine last Friday that will drastically improve researchers’ ability to get information from the minute amounts of DNA found in the legs of insects not fossilised in amber. 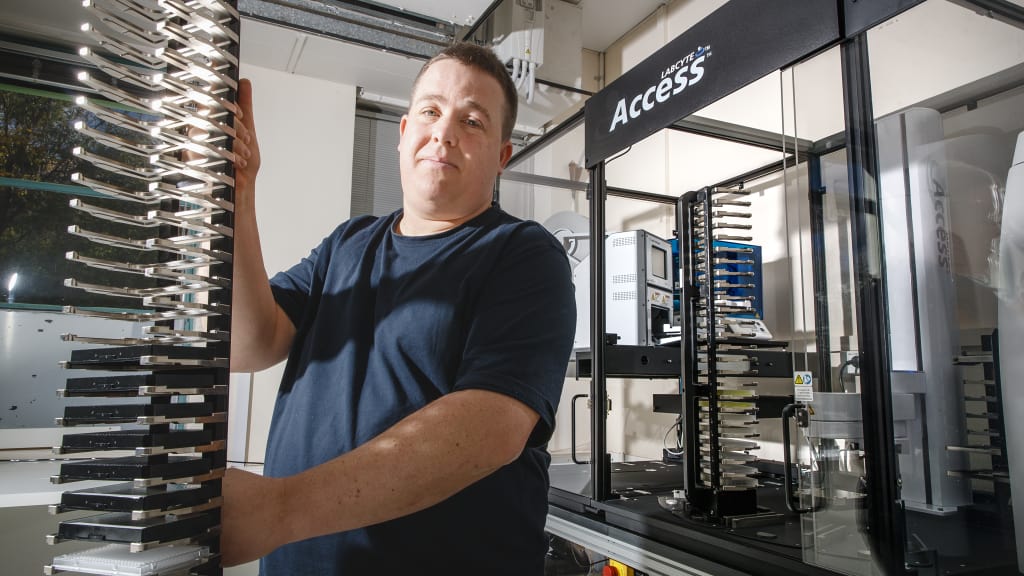 Dr Andreas Zwick, a molecular systematist at CSIRO, said the new acoustic liquid handler used sound waves to bounce tiny amounts of liquid, made it possible to build DNA libraries from up to 1500 specimens day.

Previously, using traditional piston-based pipettes, researchers could only get through 25-50 specimens a day.

Dr Zwick said the machine also slashed processing costs by about 90 per cent, from about $60 per specimen to about $6.

Australian National Insect Collection post-doctoral researcher Dr Bryan Lessard said with the new equipment speeding up the identification and classification of insects, researchers would be able to spend more time looking at the bigger picture implications.

“It’s unlocking the DNA from our physical collection and helping us understand the evolution of Australian [insect] species,” Dr Lessard said.

“Many of our species are naturally pests, or might pose a biosecurity threat.

“Baseline taxonomy – the naming and classification of species – is the first step you need to take before you can understand which ones are pests and biosecurity threats that we need to keep out of Australia.”

Dr Lessard said the information researchers could glean from insects’ DNA using the machine would also shed light on which species could be used to pollinate crops, should European honey bee colonies collapse.

Bees are worth about $90 million to Australia annually, with European honey bees responsible for pollinating about 65 per cent of our crops.

We have bugs in our system.

Have you tried turning it off and on again?

Previous post:
Avoiding that sinking feeling at sea
Coming up next:
Environomics: Protecting our environment from the genome upward