Honey bee populations are collapsing around the world, their health and ability to pollinate crops is under serious threat. This is why we are leading an international alliance of researchers, beekeepers and farmers to place tiny sensors onto the backs of honey bees and assessing their overall population health.

“You never can tell with bees.”
― A.A. Milne, Winnie-the-Pooh 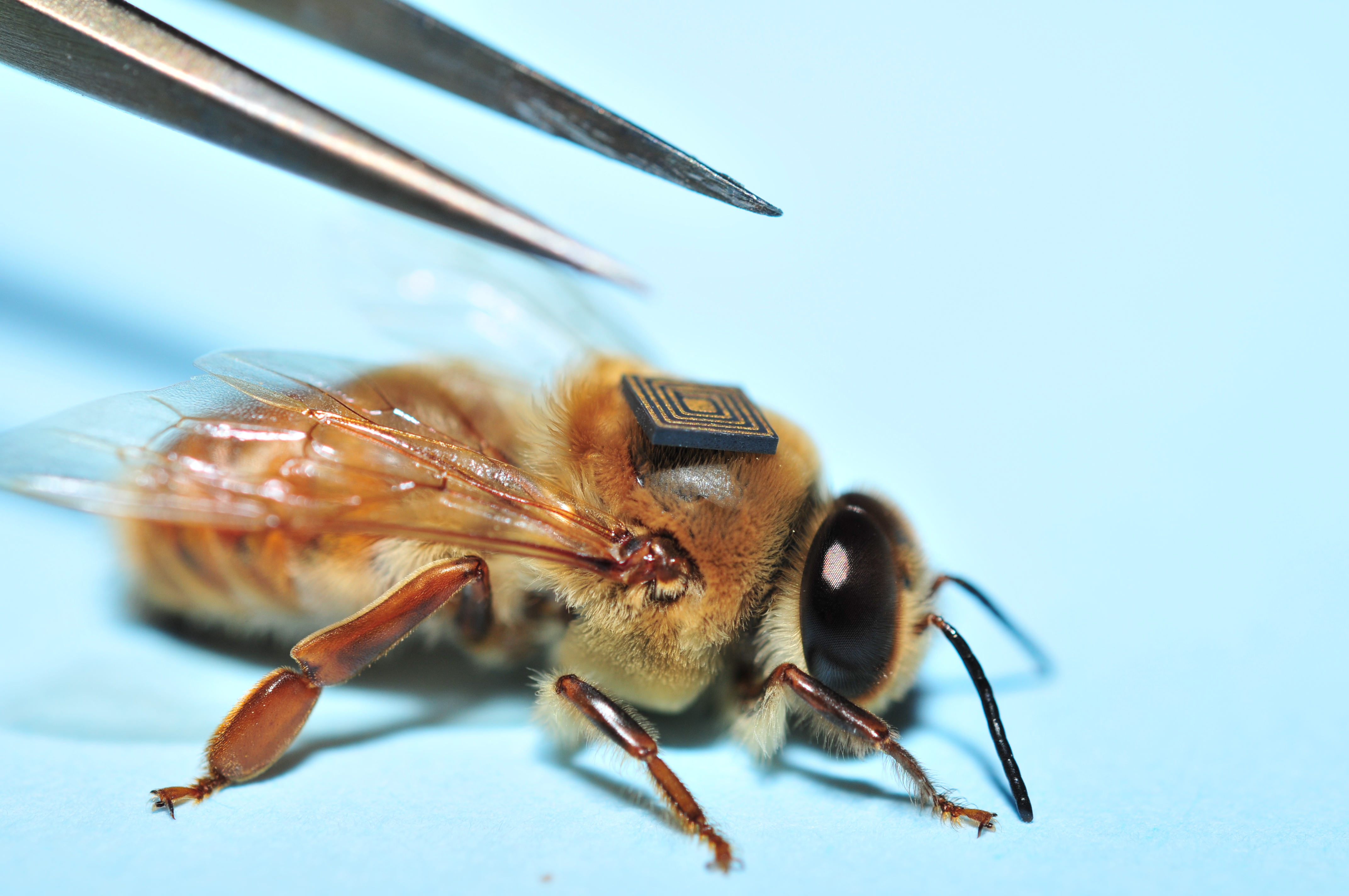 A bee with its backpack.

Australia’s honey and hive product industry is worth a staggering $90 million a year. Not only that, but the humble honey bee is responsible for contributing an estimated $4-6 billion a year to Aussie crop production.

Without these little guys we’d miss out on approximately one third of the foods we currently eat and enjoy – foods like apples, berries, almonds, and… coffee!

Ponder if you will, a world without cafe lattes, blueberry almond friands and fruit salad – indulgences only made possible by the magic pollinating work of our friends the honey bees. Considering the key role that honey bees (Apis mellifera) play in sustaining our pollination-dependent crops, ensuring their health and happiness is critical. 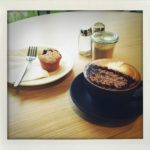 Honey bees (Apis mellifera) are essential for the pollination of about one third of the food we eat – including fruit, vegetables, oils, seeds and nuts. 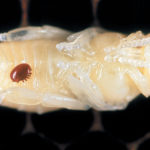 The mighty mite: a Varroa mite on a bee pupae. These mites are just one of a number of threats to bees – others include pest bees (eg Asian bees) and Colony Collapse Disorder (cause unknown). Any of these threats can enter Australia on imported goods and containers via ports, airports. Surveillance programs are designed to prevent their entry and establishment. 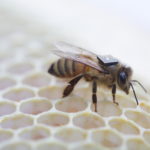 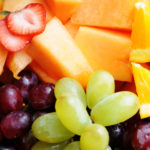 European honey bees (Apis mellifera) were introduced in 1822. They provide pollination ‘services’ for Australian crops and honey for food. Much of our food (some proportion of what’s on our dinner plates) could not be produced without them. 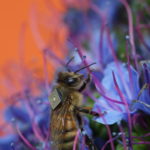 Bees are insects. They have six legs, three main body segments. Queen honey bees can live for up to four years, however drone bees may only live for a few weeks.

The health of the honey bee is in jeopardy. Challenges such as Colony Collapse Disorder (CCD) and the Varroa mite pose a global threat to our bees.

In a world first, the Global Initiative for Honey bee Health (GIHH) will seek to address these threats through a world-wide data collection exercise.

Over the next few years we will be leading an international alliance of researchers, in collaboration with beekeepers and farmers, to place tiny sensors onto the backs of honey bees. Data collected through the ‘backpack’ sensor system will provide valuable insights into bee behaviour and inform the development of sustainable long term solutions for bee health.

Our researcher, Saul Cunningham, considers the honey bee to be a ‘super species’ because of its evolutionary success and impact on humans. Although an exotic species in Australia, the feral honey bee provides a valuable biodiversity and ecosystem service to the Australian environment through its pollination practices, as well as having an important role to play in crop production.

Saul describes Australia, with its warm climate and abundance of nectar-rich plants like Eucalypts, as a haven for feral honey bees.

“Australian agriculture gets a particularly generous service of free pollination from these guys,” Saul says.

“This free service will be all but lost when Varroa mites spread to Australia. And I say when, not if, because it is widely accepted that we cannot expect to remain Varroa-free in the long term.”

An external parasite of bees, the Varroa destructor mite is only about the size of a pinhead. The mites use specialised mouthparts to attack developing larvae or adults, resulting in deformed bees, reduced lifespan and ultimately the destruction of the colony or hive. These mites are the most significant pest of honey bees around the world.

Gathering data from a bee hive in the Huon Valley, Tasmania.

Dr John Roberts, who studies the viruses transmitted by the Varroa destructor mite, is equally pessimistic that it will happen. In saying that, he also agrees that Australia is in the enviable position of being able to learn from the damage control strategies of other countries.

“The Varroa destructor does what it says. It destroys – and it’s the feral honey bee population that is always hardest hit.”

According to John, feral honey bees living in tree hollows or natural hives that are not managed by beekeepers would be wiped out. Farmers of strawberries, almonds and other crops that rely on free pollination by the feral honey bees would be left stranded, as they have been in America and China.

“The impact of losing the free pollination done by feral honey bees will be farmers paying for beekeepers to bring bees in to pollinate their crops, resulting in price hikes in everything from cucumbers and cherries, to macadamias and onions,” John said.

“But you never know where technology will lead us. Our scientists or those in other countries might come up with new ways of managing bees somewhere on the planet, so Australia will be able to respond quickly and effectively when the destructive mite does get here.”

We most definitely want to maintain a Varroa-free status in Australia, so getting involved in projects and initiatives that look to increase our ability to detect early incursions is important.

And this is where the GIHH will play its role.

As it stands, Saul and John assure us it’s unlikely the Varroa mite will cause a global food crisis… but it could turn apples into an expensive delicacy!

Get the full buzz on the Global Initiative for Honey bee Health.

Previous post:
Don’t miss the boat! Full applications for sea time on RV Investigator in 2017-18 due Friday 4 September!
Coming up next:
A look at the world of research vessels!