Imagine if we could better predict when Australia could be hit by that awful dry hot weather that makes us so vulnerable to bushfires? We could better prepare ourselves for disaster, potentially saving lives and property.

Well, thanks to our ocean research, we’re one step closer to doing just that.

Our scientists have uncovered the important connection between extreme weather events and the Indian Ocean. We now know the link, we know it’s happening more frequently and we also think we can now predict extreme weather up to six months (or two seasons) in advance. 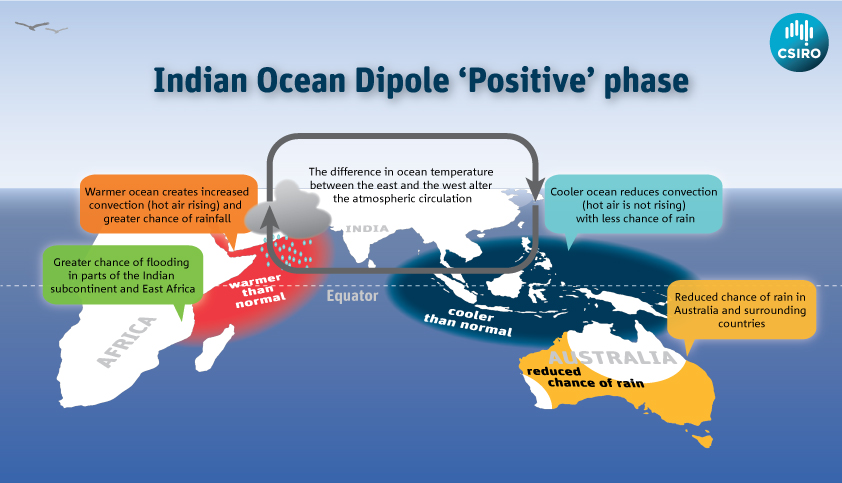 Indian Ocean Dipole Positive Phase shown on a map of oceans and countries.

These varying ocean temperatures can lead to a lack of rain and very dry weather in southeast Australia – a huge contributor to Aussie bushfires. And over in the Indian subcontinent and East Africa, it can also contribute to catastrophic wet weather and floods (we should add, in addition to very welcome seasonal rain, of course).

If you want to see a ‘dipole’ in action grab your rubber ducky, jump in the bath and slide back-and-forth – yep just like you did as a kid – and watch the water slosh all over one end of the bath, then slosh all over other end. Not only have you created a dipole, but also a big mess all over the floor. You can try and be tricky and add temperature to the mix by running the cold tap up one end – but that step is only for the advanced scientists out there. 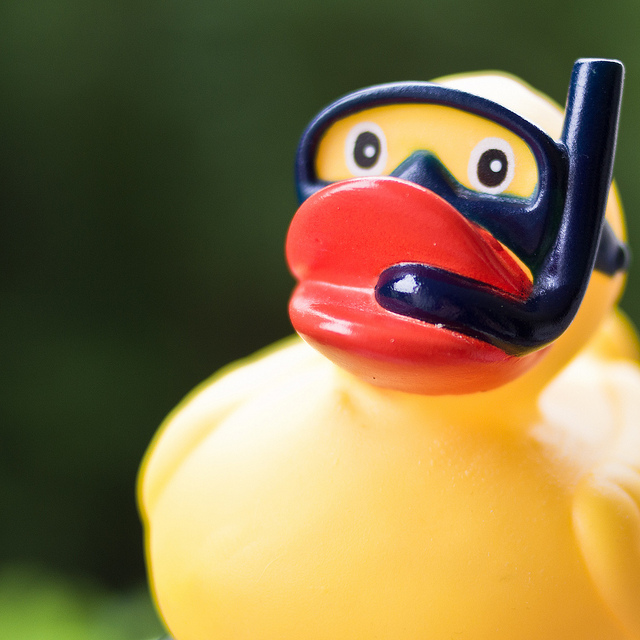 Looks like we’re in for nasty weather. Image: Charlott_L

On a slightly larger scale, the IOD is a natural phenomenon (no rubber ducky required) that was first identified back in 1999.

Until recently, it’s been one of the most influential but least understood natural forces affecting Australia’s climate. But in a new study published in the scientific journal Nature Geoscience, we’ve confirmed the link between the Dipole and extreme weather events in southeast Australia – including the catastrophic Black Saturday bushfires in Victoria in 2009.

Knowing the effects of the IOD will help us to better predict drought and bushfire risk which helps farmers, industry, communities and governments better prepare for them.

How the Indian Ocean Dipole works

The positive phase tends to cause droughts in East Asia and Australia, and flooding in parts of the Indian subcontinent and East Africa. Positive Dipole activity has, to date, amplified major wildfires in southeast Australia, coral reef death across western Sumatra, and malaria outbreaks in East Africa.

Over the last 30 years we’ve seen an unprecedented 11 positive Dipole events – and this number is set to increase in the future as the Earth’s surface temperature continues to rise.

As this warming pattern continues, we can expect dryer winter and spring seasons over southern Australia, particularly during positive Indian Ocean Dipole years.

Read more in our media release.

Previous post:
Comet ISON: countdown to perihelion
Coming up next:
Reading the Indian Ocean: more drought and bushfires ahead