Cometophiles around the world are waiting with bated breath to find out whether Comet ISON will survive its journey around the Sun.

*UPDATE* did ISON meet a fate like Icarus, when he flew too close to the Sun? See the end of this post for more.

In around 11 hours – at 5am Sydney time tomorrow morning (28 November, 6pm UTC) – Comet ISON will reach perihelion, that is, the point in its orbit where it is closest to the Sun. Traveling on a path that will take it through the Sun’s atmosphere, this ‘sungrazer’ is expected to pass by at just 1.1 million kilometres from the Sun’s surface.

With this journey comes peril, and three possible outcomes – thrive, survive or vapourise.

Ideally, the comet will be able to withstand the Sun’s immense heat, radiation and gravitational tidal forces, slingshot itself around the Sun and continue on its merry way, appearing bright in the skies of the northern hemisphere in December.

There is also the chance that having been badly affected by the intense forces mentioned above, the comet is ripped into chunks, but still manages to survive and continue on its orbit around the Sun, appearing visible to those in the northern hemisphere (but just not as bright). Lastly comes the saddest outcome – that it doesn’t survive at all.

But it’s not just the as-yet unknown fate of the comet that makes it special. Having traveled from the Oort Cloud, around 1 light year away from us, this is the first (and only) time the comet will make a visit to our local area. Thanks to a hyperbolic orbit, it will shoot back out of the solar system, never to return.

If you missed it; the path taken by ISON over the last few weeks in the Sydney sky. Credit: ABC.

Unfortunately for Australians, if you missed the comet in the early morning sky over the last few weeks, you also missed your chance to see it in person. The good news is that with the number of cameras watching – both on the ground and in space – there’s still time to witness the show.

Sites such as SpaceWeather are streaming pictures in real-time and NASA’s Solar Dynamics Observatory spacecraft will point at three separate positions as ISON moves through perihelion.

No matter the outcome astronomers are still excited about what they can learn from ISON, about comets and the Sun itself.

I’m sure I’m not alone in hoping that the little guy is able to step up and collect the title of ‘Comet of the Century‘. After travelling towards the Sun for over a million years, it’s a title well deserved.

6 am (Sydney time) and the outlook is grim for Comet ISON – after the nucleus appeared to be dimming and gradually “stretching out” in the lead up to perihelion, there’s no sign of the comet reemerging out from behind the sun, and many fear the comet has broken up.

Even so, we may not know the true fate of Comet ISON for some time. Keep on checking in to the Solar Dynamics Observatory just in case.

1pm (Sydney time). Looks like Comet ISON made it afterall – or at least a fragment of it. The SOHO spacecraft captured ISON departing the Sun. As noted via twitter: @SungrazerComets: Matthew Knight and I have looked at literally a couple of thousand sungrazing comets. We’ve NEVER seen one behave like #ISON. Astounding! Stay tuned.

Previous post:
Can you mend a broken heart?
Coming up next:
How oceans help predict extreme weather

END_OF_DOCUMENT_TOKEN_TO_BE_REPLACED 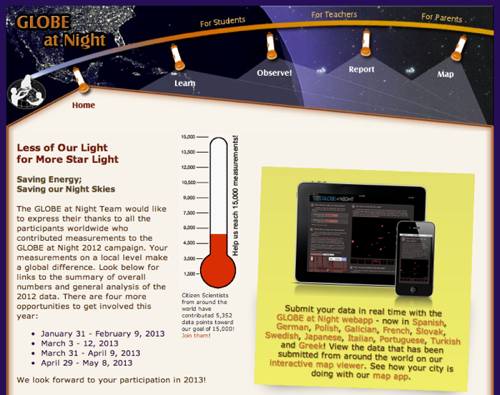