Health Check: why kids don’t like vegies and how to change it

Health Check: why kids don’t like vegies and how to change it 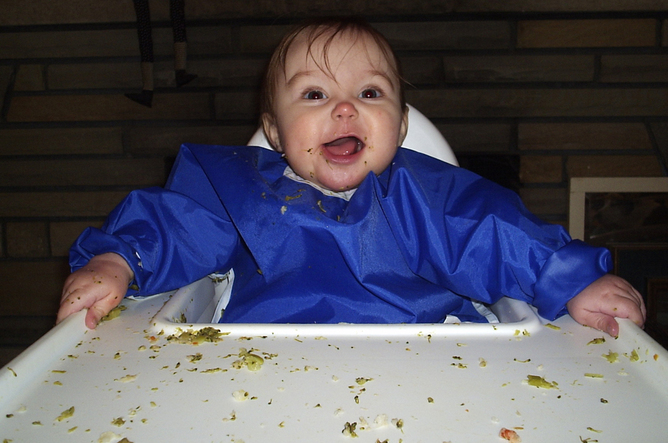 Sometimes vegetables end up everywhere except where they’d do most good. Image: Evan Long/Flickr, CC BY-NC

So little Harry won’t eat his vegetables? Well, he’s not alone. Poor Harry is just protecting himself from the danger of alkaloid toxins – although he doesn’t actually know this.

At the tender age of four, Harry is neophobic (fearful of new things) and facing “the omnivore’s dilemma”. The dilemma is that humans need to eat a variety of foods to grow healthy and strong but there are lots of foods out there that our sense of taste tells us might be poisonous.

There are good reasons for this because some bitter plants, for instance, contain alkaloid toxins. But some bitter components of foods, particularly in vegetables, are good for us.

So avoidance of bitterness is innate because it’s associated with toxins – and it results in children rejecting vegetables.

Children only have an innate preference for sweet foods because of their association with dietary energy, and only learn to like salt early in life (at about four months of age).

But they need to learn to like bitter and sour foods too. In Brassica vegetables such as broccoli, cauliflower and kale, for instance, compounds such as glucosinolates and phenolics that contribute to the tastes bitterness and sourness are the same as those that contribute to their “healthy characteristics – the inhibition of carcinogenesis.

Luckily, for Harry, he has his family around him. Mum is a trusted source of information about what’s right and what’s wrong, and the gatekeeper of the food supply.

The trouble, of course, is that mum can’t face another temper tantrum over a Brussels sprout. So what to do?

Researchers in Australia, including me, and the United Kingdom have found ways of getting Harry to eat his vegetables.

The study I was involved in included a group of four- to six-year-old neophobic children. We found exposing kids to vegetables about eight or nine times over two weeks and offering them a non-food reward for tasting them resulted in a significant increase in liking vegetables, compared to just exposing them to the food.

For example, every time a child tasted a vegetable, she got a sticker to put on a chart. This kind of reward provides positive reinforcement, and the display and self-monitoring of achievement. All this is stuff is known to reinforce behaviours. 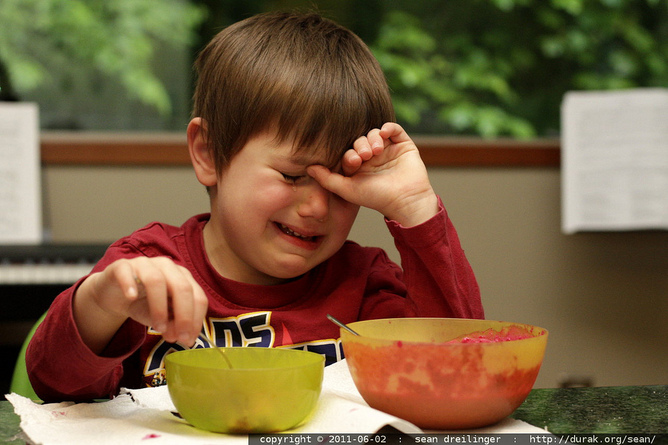 The frustration of a young man trying to protect himself from alkaloid toxins and suchlike. Image: sean dreilinger/Flickr, CC BY-NC-SA

The UK research echoed and supported these findings.

Parental role modelling is important too and more work is needed to provide parents with the skills to deal with refusals. This includes improving parents’ belief in their ability to prevail in certain situations. This belief plays a major role in how people approach goals and tasks.

But does it even matter? Won’t Harry just grow out of it?

It’s true that, at four years of age, Harry has hit his neophobic peak and things might get better through gradual exposure and learning what’s safe.

Things will also change as eating vegetables becomes associated with pleasant outcomes, such as having a nice meal with friends and family. The conviviality associated with the consumption of a formal meal is thought to unconsciously increase the liking for the foods eaten.

But it’s tough because there aren’t too many immediate benefits from eating vegetables and it’s a waste of time telling him they’re healthy.

We know that taste perception rather than health information has the biggest influence on liking brassica vegetables among adults. So learning to like his vegetables early on is important because it’s going to influence what Harry eats for the rest of his life.

The importance of persistence

Loving eating vegetables at an early age could set Harry up for a life of low energy dense, high micronutrient rich diets that are going to help his weight and may protect him against chronic diseases.

So don’t give up. Exposure to a wide range of tastes in a pleasant eating environment, and watching his mum and dad eat vegetables will all help.

And when Harry’s younger sibling is still in the womb, it will probably help a lot if mum eats her vegetables because research shows flavours travel through the amniotic fluid to the growing foetus and influence food acceptance soon after birth.

So investing in their own healthy eating helps mothers save dinner table battles months or years later. Fathers, who are likely to be worse at protecting their health, should also take heed and become the right kind of role model for their children by eating vegetables too.