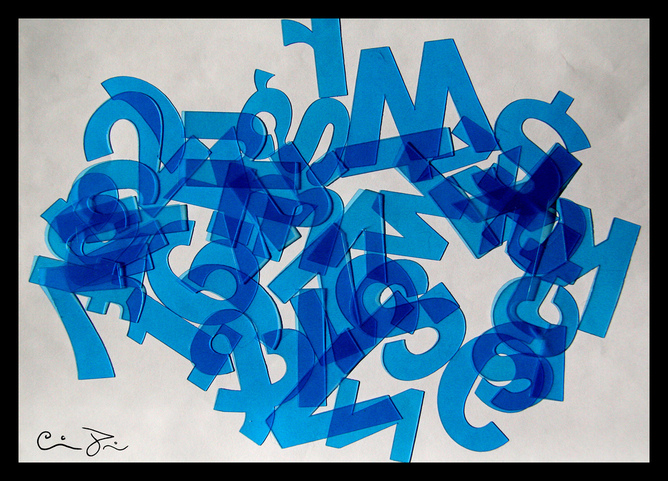 One of three major types of the flu viruses that infect people, influenza A ranges from H1 to H17 and from N1 to N9. Image: Señor Codo.

Facts about flu – Ever wondered what flu classifications mean? Read on.

The pandemic influenza strain, or swine flu, that spread globally in 2009 was referred to as H1N1 and the new bird flu currently spreading in China is A H7N9. Most of us can probably understand what is meant by bird or swine in this context but what do the letters and numbers mean?

There are three major types of influenza that infect humans, known as influenza A, B and C. Influenza A and B can both cause serious infections, and are the cause of what we call the flu. Influenza C viruses differ from influenza A and B, and only cause a mild infection, so they don’t appear in vaccines.

A pandemic influenza strain is one that humans have not been previously exposed to, so people do not have immunity to it. It also spreads rapidly in the community.

When it has been around for a while and there’s widespread immunity to it, the virus will cause less serious illness, becoming one of the annual seasonal strains. But these seasonal strains continue to change all the time, never going back to the original strain.

Influenza A and B viruses have two types of spikes that cover their surface – the haemagglutinin (H) and the neuraminidase (N).

Viruses attach by their haemagglutinin onto receptors on the surface of cells in order to infect them, like a grappling hook. And the neuraminidase removes these receptors from infected cells at the right time to allow newly synthesised viruses to escape and spread.

While most strains of influenza A viruses infect multiple types of birds, including poultry, ducks and geese, some strains also infect pigs. Indeed, avian influenza strains are endemic in wild birds, especially in Asia. But, interestingly, most birds don’t get ill from the flu.

The new H7N9 strain emerging in China does not make birds ill, for instance, but has been killing about a third of infected humans. The H5N1 strain, on the other, has evolved to kill birds and some humans who are infected from these birds.

So, while there are many combinations of H and N seen in birds, widespread human infection has only been caused by a few. H1N1, which was responsible for the 1918 pandemic virus and the recent swine flu pandemic, H2N2, the 1957 Asian flu pandemic strain, and the H3N2 Hong Kong pandemic strain in 1968, which displaced the Asian flu.

The seasonal influenza A strains currently circulating in humans are H1N1 and H3N2, but they have changed a lot since their first introduction into humans.

Influenza B strains do not circulate in animals, so they cannot cause a pandemic. But, like influenza A viruses, they continually change, so we will never become immune to every strain. These are the other component of the flu vaccine.

When we are infected with a virus, or given an influenza vaccine (the flu shot), we mount an immune response. Antibodies against this virus will continue to circulate in our bodies, and will help prevent future infection with the same strain of virus if we are exposed to it again.

Although seasonal “flu shots” contain H1N1, H3N2 and influenza B viruses, the strains are selected from the viruses circulating at the end of the spring the previous year. But there are continual changes (from year to year) within each strain.

This means that even if you were infected or vaccinated with the strains of flu circulating last year, when the virus comes around this year, it may have changed sufficiently so your antibodies no longer recognise it. So you can still get flu, even if you have been vaccinated.

While H5N1 and H7N9 strains can directly infect humans from birds, these viruses have not yet adapted sufficiently to spread from human to human. They could adapt either through random mutations, or by generating a mixed or “reassortant” virus.

This happens if two different strains of influenza infect the one host. They can swap and mix their genes, and may generate a virus that can now spread from human to human.

Vaccines can be used to prevent flu, but it’s critical to have the matching H and N to provide immunity. When a new pandemic strain arises, such as the H5N1 or H7N9, we don’t have vaccines against that unique combination of H and N.

It can take more than six months to make a vaccine against a virus with new combination of H and N types, so those of us who work on influenza hold our breath when there are reports of numerous people being infected with a new bird or animal strain. Who knows what numbers of the dice will be our next pandemic strain?

This is the third article in our series Facts about flu. Click on the links below to read other instalments in the series.

Part one: Of influenza, flu, potions and key opinion leaders

Previous post:
Are all stem cells safe? Absolutely not!
Coming up next:
Getting to the guts of bowel cancer