Growth in high-skilled jobs is highest in Australian cities and for the country its low-skilled jobs. 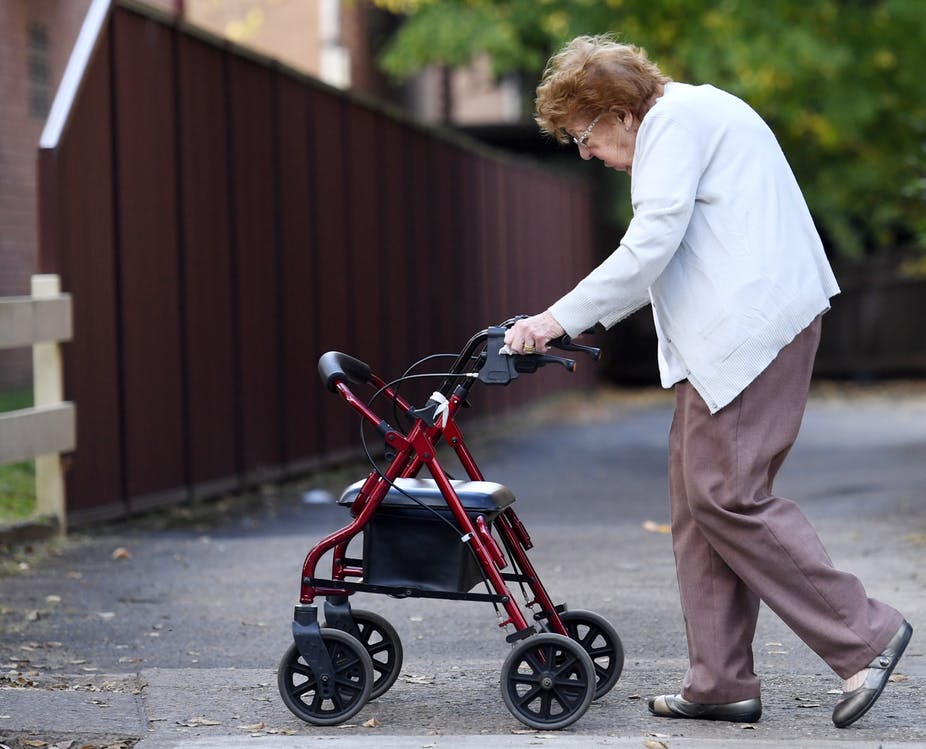 Demand is growing for aged care workers in regional areas and so policymakers should be focused on this rather than manufacturing jobs. Paul Miller/AAP

Over the past decade, the growth in high-skilled jobs has largely been confined to Australia’s biggest cities. Meanwhile, in rural and regional Australia lower-skilled jobs have been growing fastest.

This skills gap is increasing regional disparities in income and employment opportunities, despite the promises of technology and infrastructure as solutions to the tyranny of remoteness.

Data from the 2016 census allow us to see how the skills of the Australian workforce have changed over the past decade. The Australian Bureau of Statistics (ABS) classifies Australian occupations into skill groups based on the amount of training and experience required to do the job.

High-skilled jobs (such as teachers, accountants and scientists) generally require a bachelor’s degree as a minimum. This group accounts for 31.6% of the Australian workforce and has enjoyed the fastest growth rate since 2006, at 8.3%.

In contrast with the rest of Australia, workers in regional communities are increasingly moving into lower-skilled occupations. Lower-skilled jobs require vocational qualifications (for example a TAFE certificate), and they include occupations such as aged carers, baristas, drivers and sales assistants.

The growth rates of lower-skilled jobs are above the national average in regional areas and below the average in the centre of the big cities.

Our research finds that jobs, particularly the highly skilled, white-collar kind, are becoming increasingly collaborative. Complex tasks and rapidly changing work environments have increased the need for workers who can collaborate with others to solve problems and who are open to continuous learning.

The productive advantages of cities are self-reinforcing. Skilled workers benefit from the opportunity to learn from and add value with other skilled workers. The coordination costs of this collaborative work are reduced when team members are co-located.

Employers also benefit from proximity to similar firms because there is a larger pool of skilled candidates for new jobs and better access to potential business partners. All these advantages foster further specialisation and productivity gains, with the result that workers and business continue to concentrate around large city hubs.

The growing skills divide between urban and rural Australia reflects a paradox of the digital economy. While digital technology represents a channel for bridging geographic distance, highly skilled workers are increasingly crowding into cities.

The latest census data shows no change in the rate of working from home, despite much-improved digital infrastructure in some areas. In time this may change, perhaps as video conferencing technology improves (or we get better at using it). However, while better technology might allow regional workers to interact with colleagues and clients in cities, it will also make it easier for city-based professionals to service regional areas.

Employment is still growing in regional Australia. But the fact that cities make highly skilled workers more productive means the gap in skilled employment is likely to continue to widen.

Attempts to swim against this tide by moving skilled jobs to the country will be expensive. Currently, subsidies are needed to attract and retain highly skilled health professionals to regional communities. Despite this, our analysis of the latest census data shows that the skills gap between regions and cities is still growing.

So these subsidies are not translating into sustainable, collaborative communities of high-skilled regional workers. Instead, regions need to focus on their strengths, and foster the entrepreneurship that can create new sources of gainful employment.

The government’s move towards more individualised funding arrangements in the aged care and disability care sectors will increasingly become a resilient source of income for workers and businesses in regional communities. Demand for aged care services is expected to increase dramatically in the coming decades, such that by 2050 some 3.5 million Australians will require aged care. Adding to this, regional communities are experiencing population ageing at a faster rate than the large capital cities.

These are important jobs which should be recognised as such. There will be opportunities for regional businesses to provide the technology and services (ranging from personalised transport to food services) which allow older people and Australians with disability to remain active and healthy.

Efforts to support regional economic development need to focus on preparing regional communities to take advantage of future opportunities. This will require investment in higher education and regional entrepreneurship.

Currently people from the regions who aspire to professional careers typically move to the city to study. In many cases they do not return. Here, technology may be part of the solution. Combining specialised online educational resources with good local support teachers could enable students to access a much wider range of courses from regional areas.

Regional communities will also need entrepreneurs to develop the future industries and micro-businesses which improve the diversity and resilience of the local economy. However, start-ups and existing businesses are more likely to survive and scale-up when there is a supportive entrepreneurship ecosystem, including access to relevant skills development opportunities.

Previous post:
Magic in the mushroom coral: our great undersea discovery
Coming up next:
A spectrum of our insect collection takes flight for Questacon’s ‘Colour’ exhibit