Ice cores drilled in the Greenland ice sheet, recounting the history of the last great warming period more than 120,000 years ago, are giving scientists their clearest insight to a world that was warmer than today.

In a paper published today in the journal Nature, scientists have used a 2540 metre long Greenland ice core to reach back to the Eemian period 115-130 thousand years ago and reconstruct the Greenland temperature and ice sheet extent back through the last interglacial. This period is likely to be comparable in several ways to climatic conditions in the future, especially the mean global surface temperature, but without anthropogenic or human influence on the atmospheric composition. 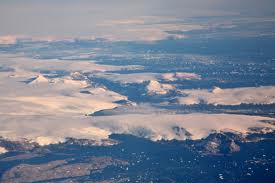 The Eemian period is referred to as the last interglacial, when warm temperatures continued for several thousand years due mainly to the earth’s orbit allowing more energy to be received from the sun. The world today is considered to be in an interglacial period and that has lasted 11,000 years, and called the Holocene.

“The ice is an archive of past climate and analysis of the core is giving us pointers to the future when the world is likely to be warmer,” said CSIRO’s Dr Mauro Rubino, the Australian scientist working with the North Greenland Eemian ice core research project.

Dr Rubino said the Greenland ice sheet is presently losing mass more quickly than the Antarctic ice sheet. Of particular interest is the extent of the Greenland continental ice sheet at the time of the last interglacial and its contribution to global sea level.

Deciphering the ice core archive proved especially difficult for ice layers formed during the last interglacial because, being close to bedrock, the pressure and friction due to ice movement impacted and re-arranged the ice layering. These deep layers were “re-assembled” in their original formation using careful analysis, particularly of concentrations of trace gases that tie the dating to the more reliable Antarctic ice core records. 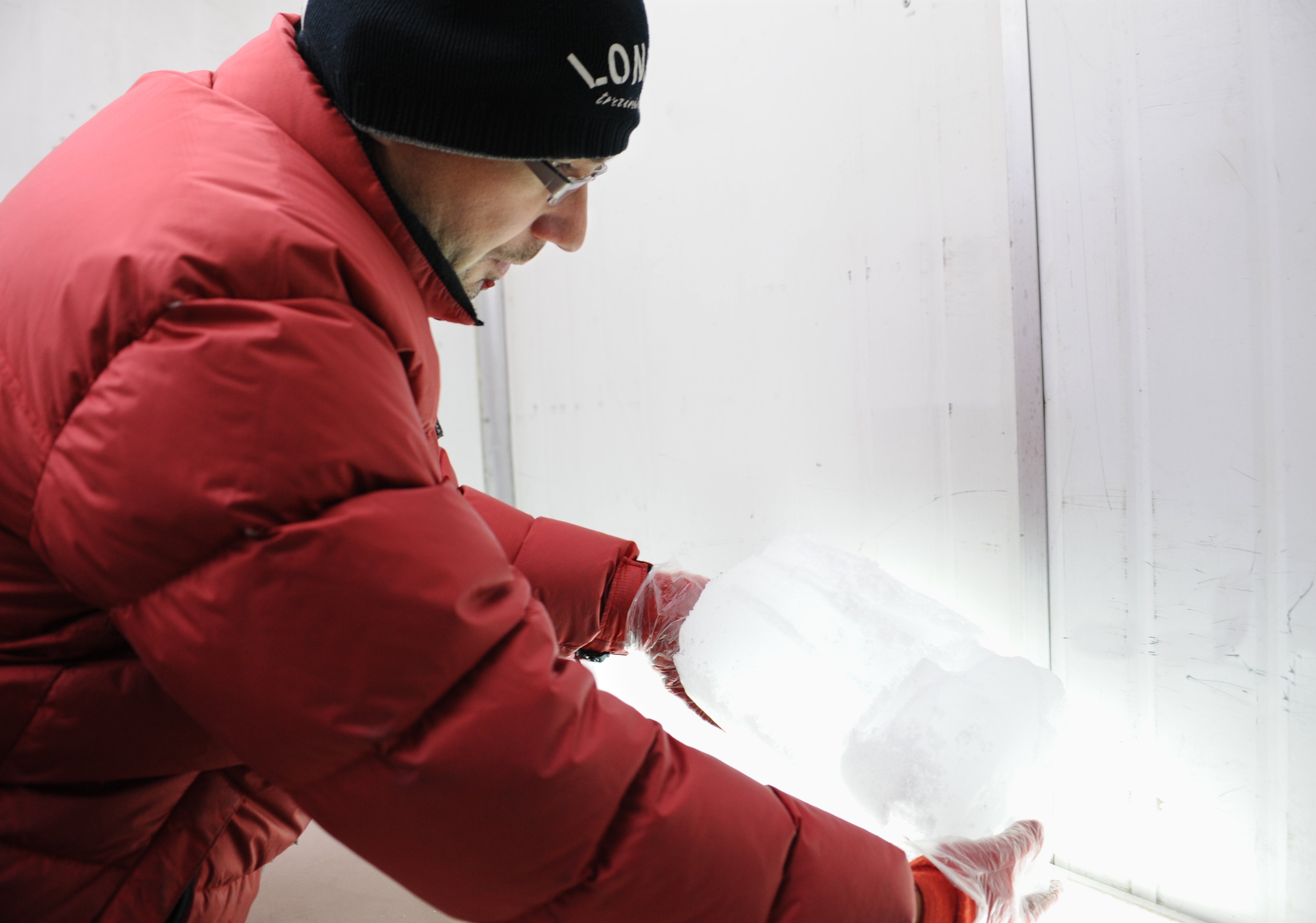 Dr Mauro Rubino: A 2,540 metre long Greenland ice core is reconstructing the Greenland temperature and ice sheet extent back through the last interglacial.

Using dating techniques and analysing the water stable isotopes, the scientists estimated the warmest Greenland surface temperatures during the interglacial period about 130,000 years ago were 8±4oC degrees warmer than the average of the past 1000 years.

At the same time, the thickness of the Greenland ice sheet decreased by 400±250 metres.

“The findings show a modest response of the Greenland ice sheet to the significant warming in the early Eemian and lead to the deduction that Antarctica must have contributed significantly to the six metre higher Eemian sea levels,”  Dr Rubino said. 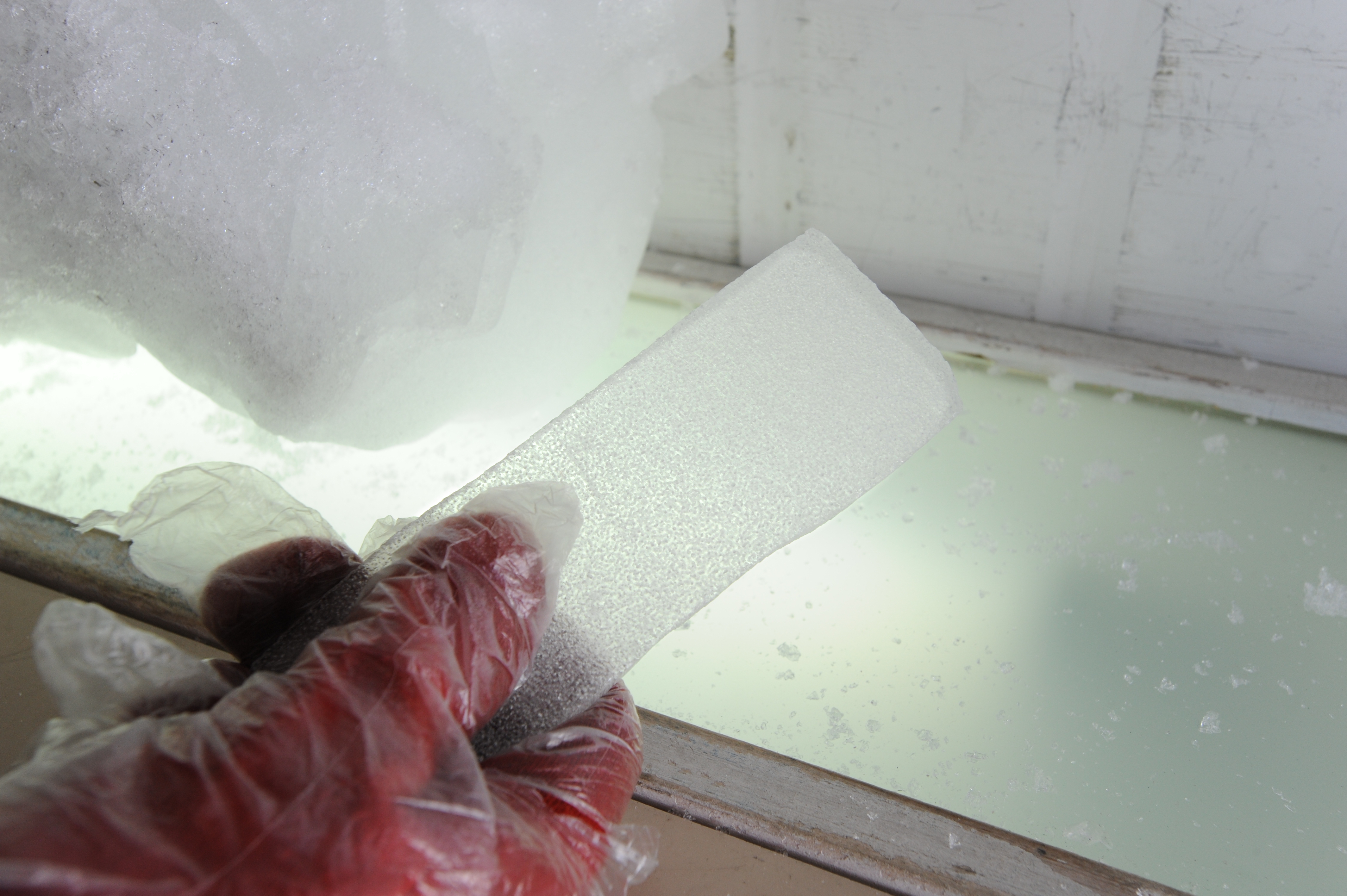 The first complete ice core record of the Eemian will help science better understand the current and future warming of Earth that virtually all climate scientists attribute to increases in human-produced greenhouse gases.

Additionally, ice core data at the drilling site reveal frequent melt of the ice sheet surface during the Eemian period.

“During the exceptional heat over Greenland in July 2012 melt layers formed at the site. With additional warming, surface melt might become more common in the future,” the authors said.

The paper is the culmination of several years work by organisations across more than 14 nations.

Previous post:
Taking the temperature of the Universe
Coming up next:
Frickin' lasers!