Fish specimens old and new have to be assigned a species for all sorts of important management reasons. But who does the identifying? And how do they ID the fish? 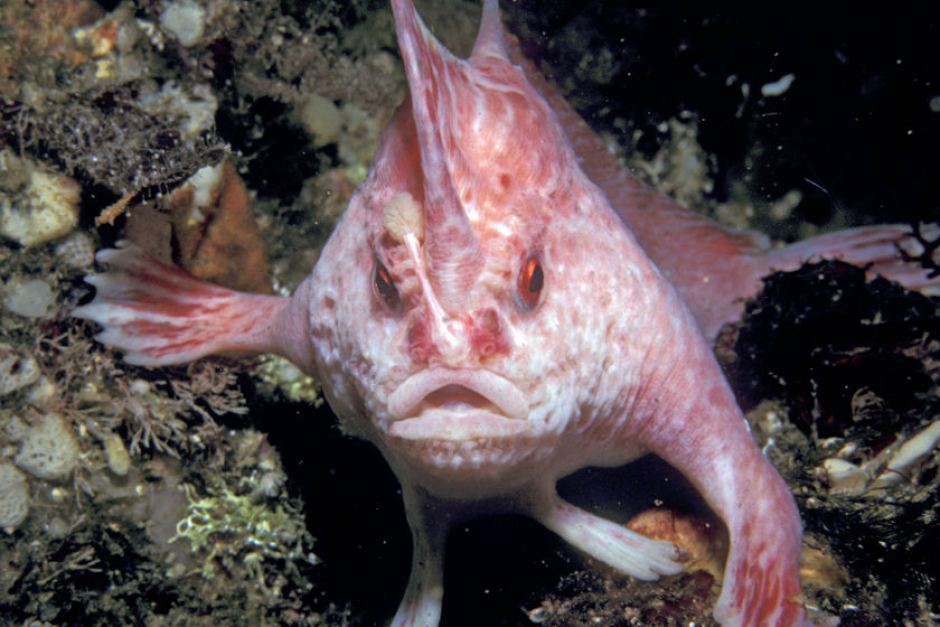 “Hey you kids, keep it down out there!” The pink handfish, one species named by our researchers. Photo: Karen Gowlett-Holmes/CSIRO

What fish is that? Imagine facing a haul of hundreds of new fish specimens from the deep ocean. Where would you begin to identify them all?

Alpha taxonomists are like the Jedi Knights of fish biology. They assign new specimens to a species by looking at features like colour, length, and shape. They use their expertise (the force) and morphological keys (the taxonomist’s light saber), which are like flowcharts that help narrow down fish identity to the species level.

The next step is to check the ID by reading the fish’s ‘barcode’.

“Unfortunately, the barcode is not a neat set of stripes for us to scan. It is a code hidden in the fish’s genome,” says Sharon Appleyard, a geneticist at the Australian National Fish Collection in Hobart.

Sharon reads a fish’s barcode by sequencing the mitochondrial gene known as cytochrome oxidase 1. Comparing this DNA sequence to an extensive reference library (the Barcode of Life database) usually tells her the fish’s species.

“Many of the fishes we work on are not the ones you might encounter at a fish market or while snorkelling. We’re still discovering the biodiversity of Australia’s deep oceans. This means the alpha taxonomy and the barcoding don’t always match and that happens around 15 per cent of the time,” says Sharon.

When this happens the alpha taxonomists need to take a closer look at the preserved fish specimen. Sharon might also sequence a different area of the fish’s genome to help resolve the species identification. Ultimately, a new species might be described and named, like the giant stingray we featured last month.

When she’s not barcoding, Sharon is studying fish populations by looking deeper within the genome.

“Barcoding can’t really tell us much more than a fish’s species. But often we want to look at genetic relationships within a species. This can help show us whether populations are connected or help us estimate population sizes. Although these are challenging things to do, it’s simpler than following thousands of fish in their environment,” Sharon says.

“This information can affect decisions about conservation and commercial fishing. Many people think that because the oceans are connected, if a population is reduced in one location, individuals from the same species will swim in from elsewhere. But this is not necessarily the case. Even neighbouring populations of the same species can be quite separate,” she says.

For each new species that she studies, Sharon has to develop genetic markers from scratch, a process quite different from barcoding. She uses SNPs (Single Nucleotide Polymorphisms), single DNA letters scattered throughout the genome that vary within an individual species. The set of SNPs that make up useful genetic markers is different for every fish species.

Two species Sharon has delved into recently are the commercially fished blue-eye trevalla and Tasmania’s spotted handfish, which lives only in Hobart’s Derwent River and associated estuaries. 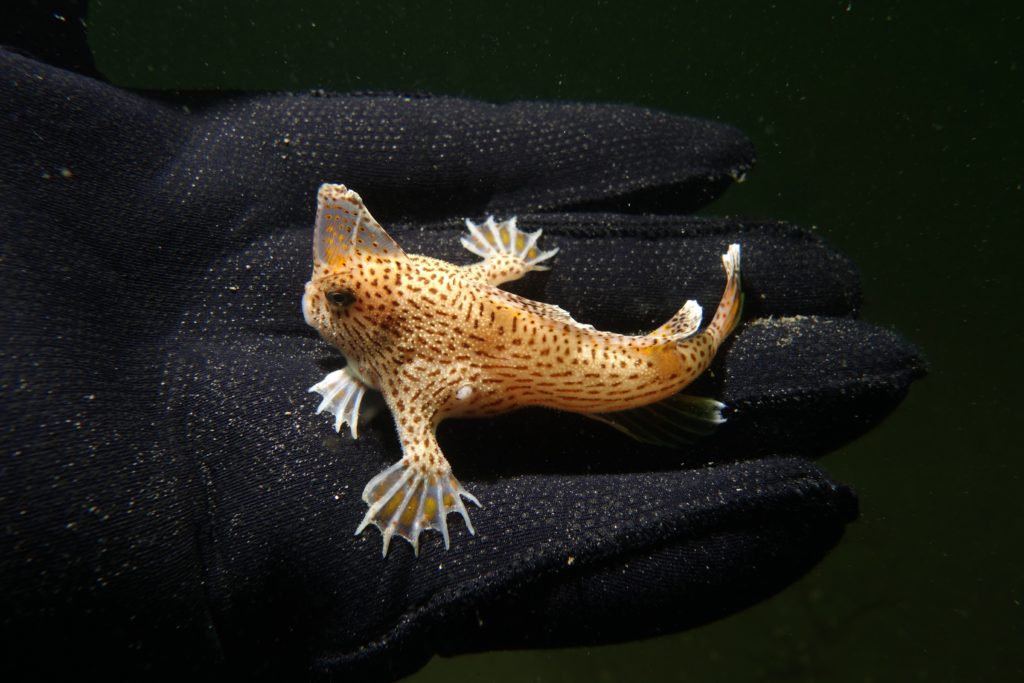 It almost doesn’t get cuter than this: The spotted handfish — the fish that got fed up with swimming and put its foot down.

“The spotted handfish has been particularly tricky to work with,” she says. “The species is protected, so during diving we can only take tiny fin clips from selected individuals. This means I’m working with very low amounts of DNA from each fin clip.”

Sharon’s work on fish genomics can also support surveillance at fish markets by revealing the species from which a fish fillet was taken. And in future research, Sharon is hoping to identify where an individual fish was caught.

Sharon will give a talk on genomic research being undertaken at the Australian National Fish collection at the Fish Biology Conference in Hobart today.

You can use FishMap to look up the distributions of marine fishes around Australia.

Previous post:
Food for thought: feeding our growing population with flies
Coming up next:
Energy pick n’ mix: are hybrid systems the next big thing?