From cancer genes to train timetables

From cancer genes to train timetables

Today is world maths day, and students around the world are playing in the World Education Games. If you can solve fifty maths games in an hour, imagine what you could achieve if you applied your maths to finding cancer genes, or timetabling trains. Three vacation scholars in our Mathematics, Informatics and Statistics division have been working on these problems, although they did have 12 weeks instead of an hour to do it.

Shila has been using bioinformatics to look at the genes that are expressed (turned on) in bowel cancer cells compared to normal cells from the same patient. Her statistics should help lab scientists decide which of two methods they should use to measure gene expression in the tissue samples. 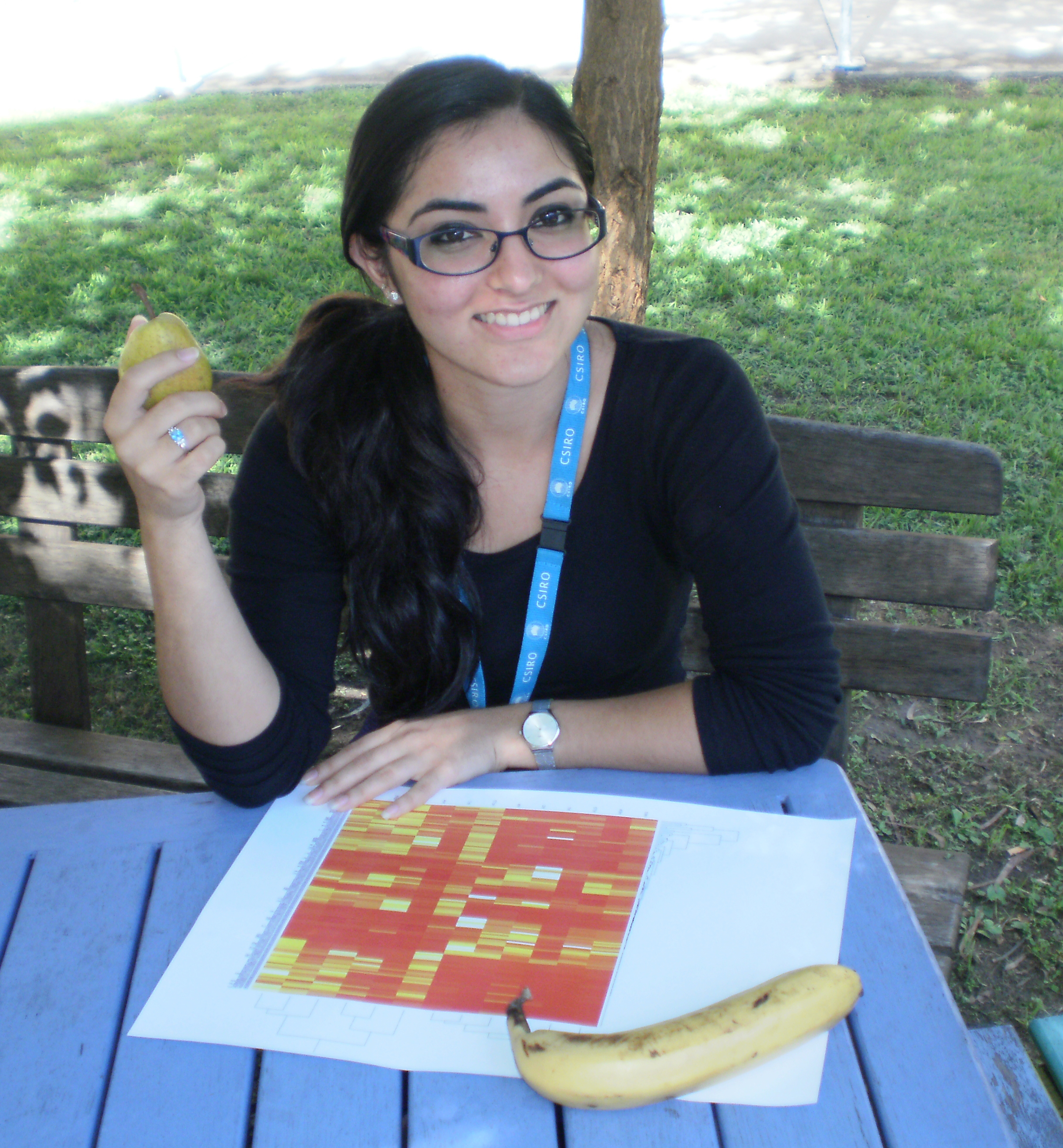 Scientists measure RNA levels to see what genes are turned on in the cancer samples, but they have two ways of measuring it. They can use the poly-A method to measure just the genes that make proteins, or they can measure whole RNA. The advantage of whole RNA is that you can find out about regulatory RNA as well as the RNA that gets made into protein. The disadvantage is that the method is newer, so the scientists can’t be sure if it’s suited to this application.

Shila’s statistical analysis showed that the two methods pick up mostly the same differences between cancer and normal tissue. That’s a good thing – it shows both methods are working for genes that make proteins. But her analysis also showed that there are differences between what genes the two methods find. The differences could represent regulatory RNA genes that are involved in the cancer process. Scientists will have to go back to the lab to confirm this.

Shila loves the exploratory aspect of working with large amounts of data, and uncovering patterns in it that you can’t pick out without statistics to help you. She’s off to do a PhD next year. 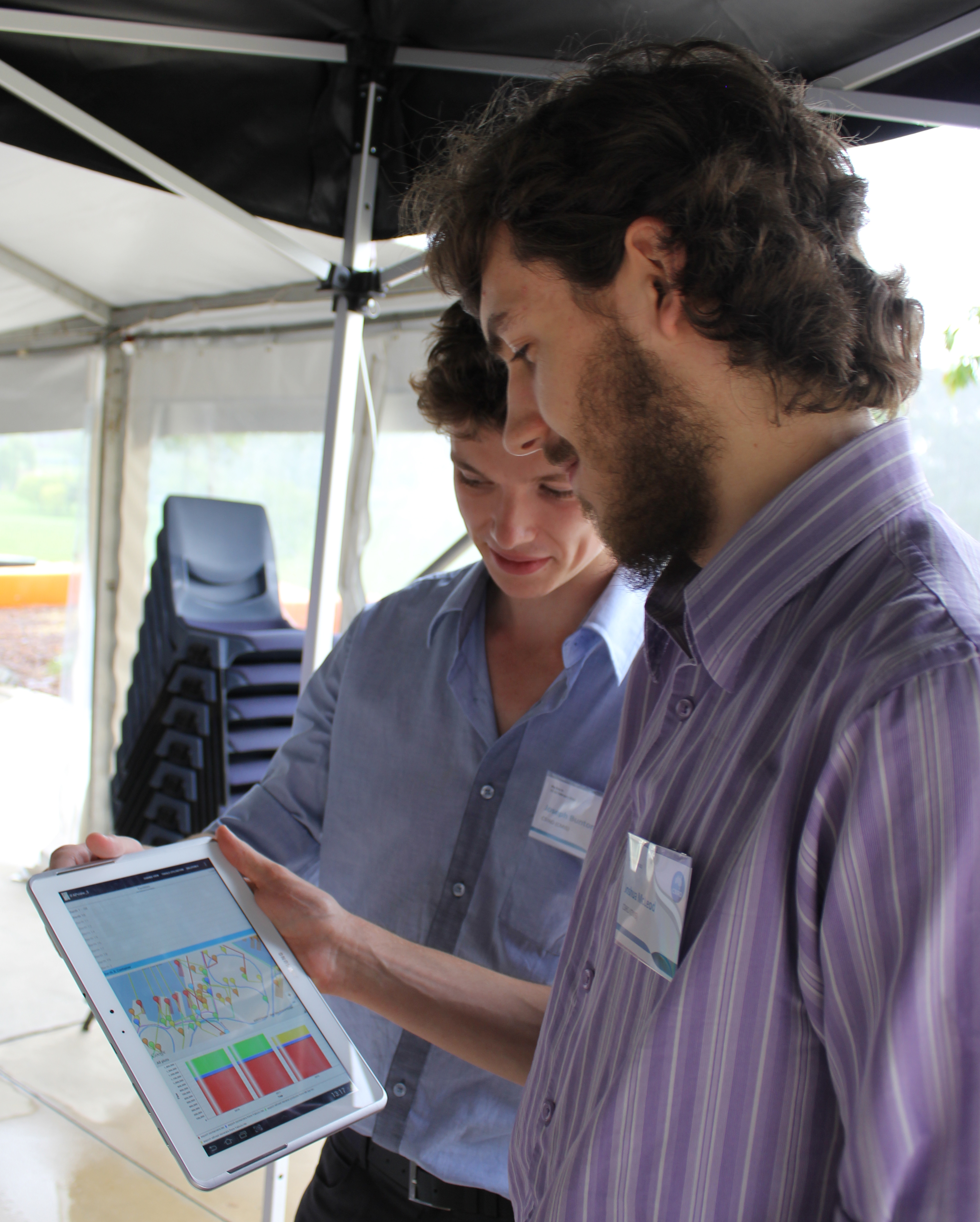 Josh and Joe test the IFAP infrastructure app on a tablet.

Josh and Joe have been using maths for solving problems related to trains, including timetables and infrastructure planning.

Joe worked on the problem of how to timetable trains most efficiently when mining trains have to travel on sections of single track. If there are only a few places to overtake, the number of trips is limited because only one train can travel in one direction at a time. That makes optimal timetabling really important. Since the timetabling problem is too complex for solver software products, Joe worked with other methods to get the best solution.

Joe travelled from Brisbane to Melbourne for his vacation scholarship because he was so keen to do a project in operations research. He chose this area because it combines all the best things he likes about maths, programming and problem solving. Joe will be doing an honours year in his maths and computational science course this year.

Josh worked on a tablet interface for our IFAP software which helps planners design infrastructure. It provides information about questions like whether it would be more useful to build a new train line to a mine, or to upgrade another line that services mines which are increasing their output. Governments use this type of tool so they can plan infrastructure funding to get the best outcome for the money spent. Josh worked on developing an Android application so that IFAP can be used on mobile devices.

Josh enjoyed applying his uni knowledge to a new area, and found it useful to link his experience of different technologies and find out how they work together. He’ll be continuing his undergraduate degree this year.

From cancer genes to train timetables, maths can help solve a lot of problems. Students worldwide are participating in World Maths Day today. Maybe some of them will be vacation scholars too in a couple of years.