Humpback Anglerfish: Ah, the anglerfish. Such a fascinating and (let’s face it) unfortunate looking creature. 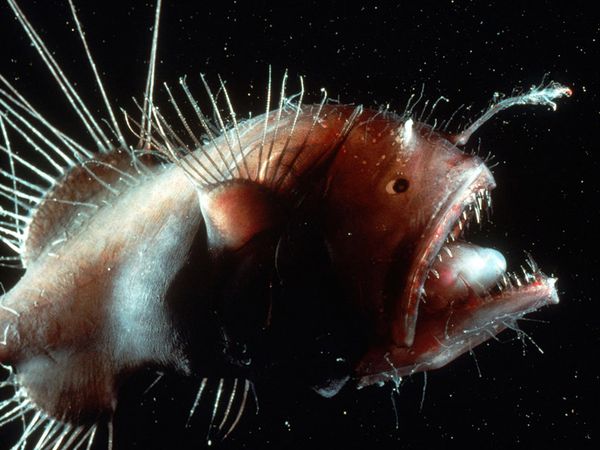 Also known as the ‘black seadevil’, the Humpback Anglerfish lives among the darkest depths of the Atlantic and Antarctic oceans. Interestingly, male and female anglers are completely different in their characteristics.

Only the female fish has the distinctive ‘fishing rod’ style dorsal spine hanging above its head, complete with a fabulous bio-luminescent tip that acts as a lure to attract prey. The glow is made possible by the millions of bacteria that live inside the spine – how very hygienic. With a simple wiggle of this glowing outgrowth, the anglerfish can draw her prey close enough to devour them in one bite. Her expandable stomach and jaws means she can swallow prey up to twice her own size.

Male anglers, on the other hand, aren’t so special. They are about ten times smaller than females and lack the specky fishing rod spine. Without this asset, they have a pretty hard time salvaging food. To make matters worse, when the male angler matures, its digestive system degenerates making it impossible to feed on its own. This means it has no choice but to become a permanent parasite. 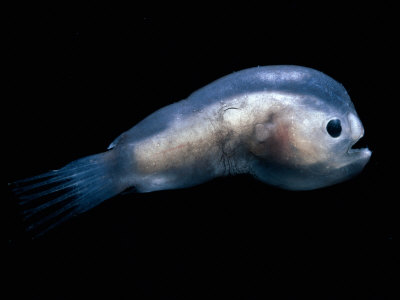 The poor male anglerfish is just one tenth of the female’s size. Image: Mudfooted.

The male uses its small hook-shaped teeth to attach itself to any female it can find. Once he bites into her skin, he releases an enzyme that dissolves the skin of his mouth and the female’s body. The two become fused together and their blood vessels combine as one (aww, how romantic). The male will spend the rest of his life joined to the female, getting all of his nourishment from her body. Talk about clingy…am I right ladies?

The female can carry up to six males on her body at one time – so when she’s ready to spawn she can easily take her pick of the lot. Looks like they’ve got it pretty easy unlike the poor blokes!

Here’s what this would look like if the fish were human:

Previous post:
It’s Yuri’s Night! Unleash your inner astronaut.
Coming up next:
Past is the future with 3D mapping technology