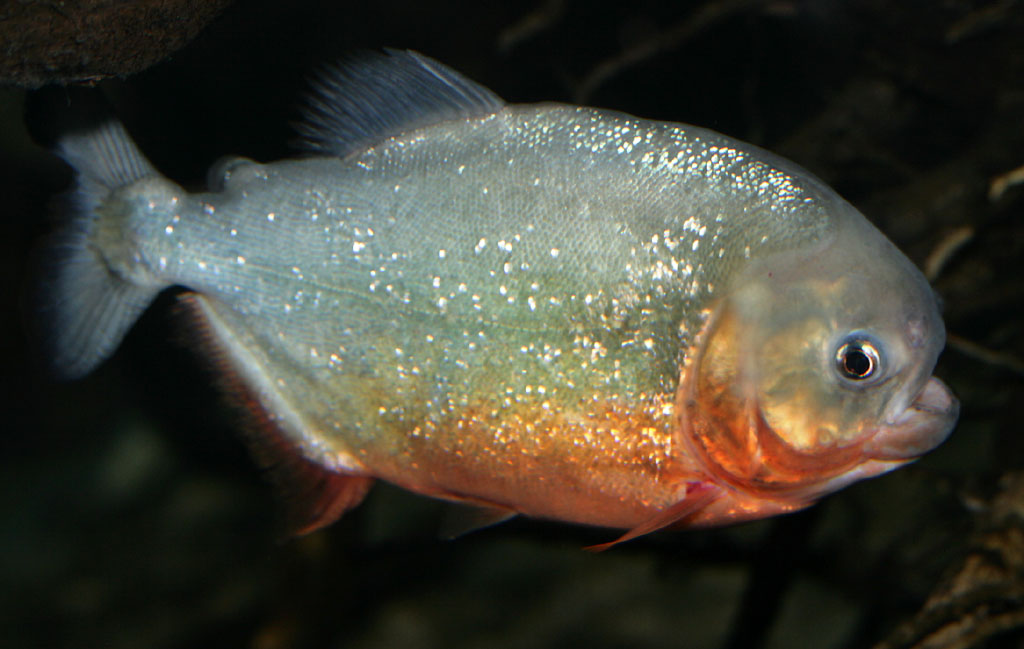 Red-bellied piranha: Don’t let their glittery scales fool you – piranhas are one school of fish you don’t want to mess with…or so we’ve been led to believe.

There are over 20 different species of piranha, most of which live in the Amazon River Basin. Surprisingly though, the majority pose no real threat.

Red-bellied piranhas are possibly the most misunderstood fish in the world. Despite their fierce and aggressive reputation (thanks to popular culture), these little critters feed mainly on fish, insects, plants, fruits and small aquatic invertebrates.

As you might have presumed from the name, the fish have a reddish tinge on their bellies, while the rest of the body is grey with silver flecked scales. The male belly tends to be a deeper, more intense red while female bellies appear more yellow. They generally grow up to 33cm in length and weigh a tiny 3.5kg.

But don’t be fooled by their size. Their powerful jaws and sharp, triangular teeth allow the fish to bite through food with incredible force and ease. It’s no surprise why the name ‘piranha’ literally means “cuts the skin” in the native South American language Tupi-guarani.

Occasionally, the fish can go into a ‘feeding frenzy’, where they hunt large groups of prey and strip them clean within a matter of minutes. These frenzies don’t tend to be random attacks though – they are often the result of aggravation or starvation when food is scarce. Long story short, if you ever come across a piranha, don’t do this: