In a week where we have been talking about Australia in 2050 and our future research vessel, it seemed refreshing to take a dip into the archives.

Meet the majestic FRV Derwent Hunter. The 72ft schooner was purchased by CSIRO in 1950 and was used for everything from shark tagging to plankton studies and deep sea fishing. 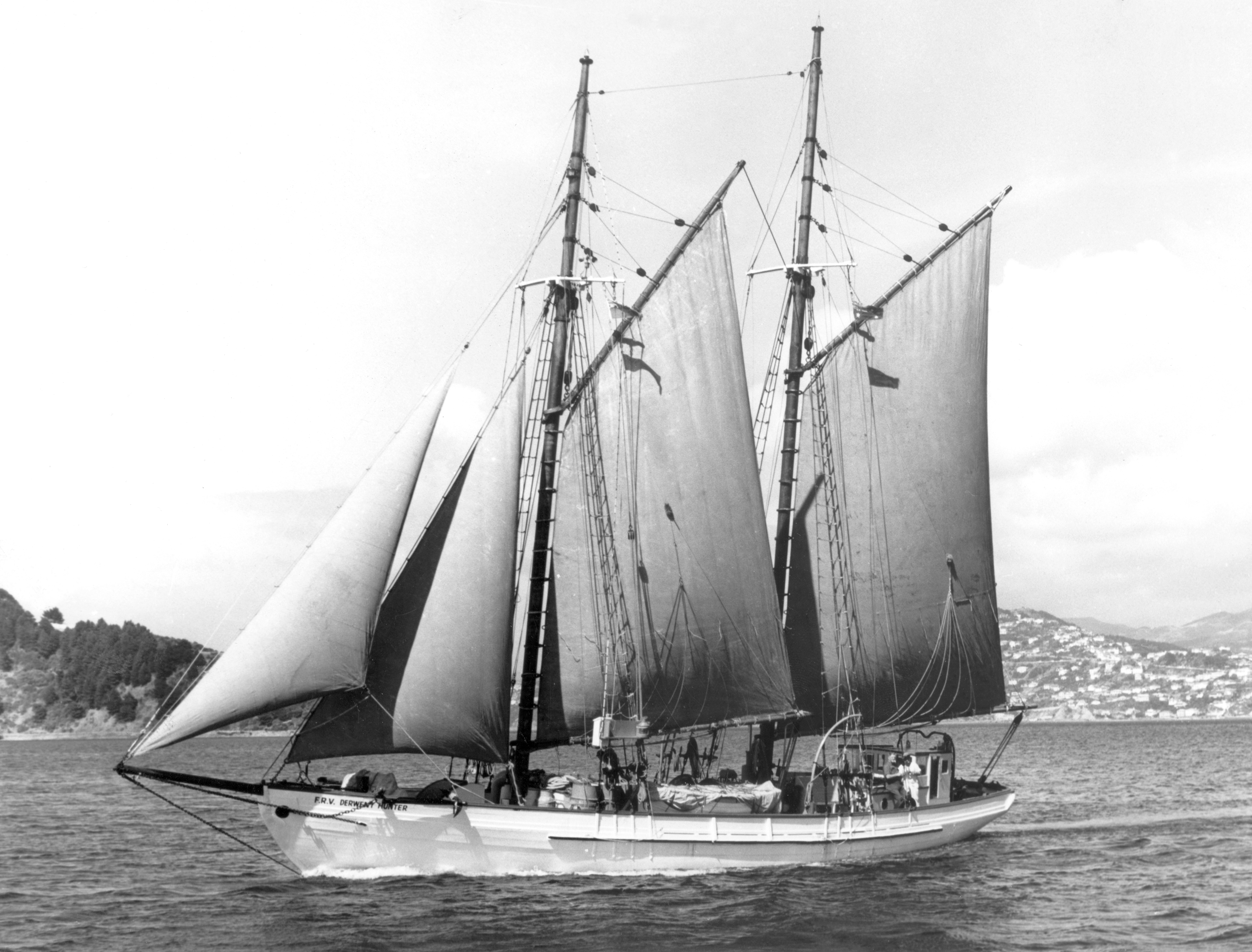 The FRV Derwent Hunter. Rigged as a schooner, it measured 72ft, had a 72HP diesel engine and distinctive red sails.

In 1959 the Derwent Hunter cruised South-East Australian waters to see if there was a relationship between the distributions of southern bluefin tuna and the type of water where they were caught. Our tuna research reeled in this huge swordfish, which we couldn’t resist as our fish of the week.

Swordfish are found widely in tropical and temperate parts of the Atlantic, Pacific and Indian oceans, and have an interesting way of keeping warm in the cooler waters of South-East Australia. They have special organs to heat their eyes and brain, that have been measured at 10-15°C above surrounding waters. If you’ve ever used RipCurl’s heated wetsuit, you’ll understand how this can be wonderfully toasty.

The heating gives the Swordfish better vision and increases their ability to catch prey, although didn’t help them avoid the longlines of the FRV Derwent Hunter. 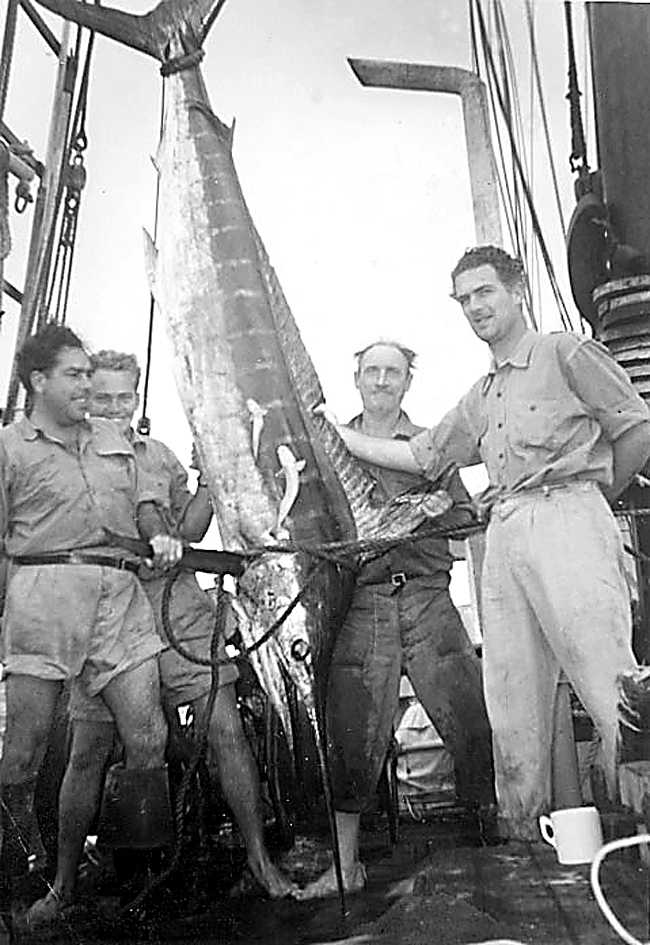 Previous post:
Straight to the pool room
Coming up next:
Exploring the future with models