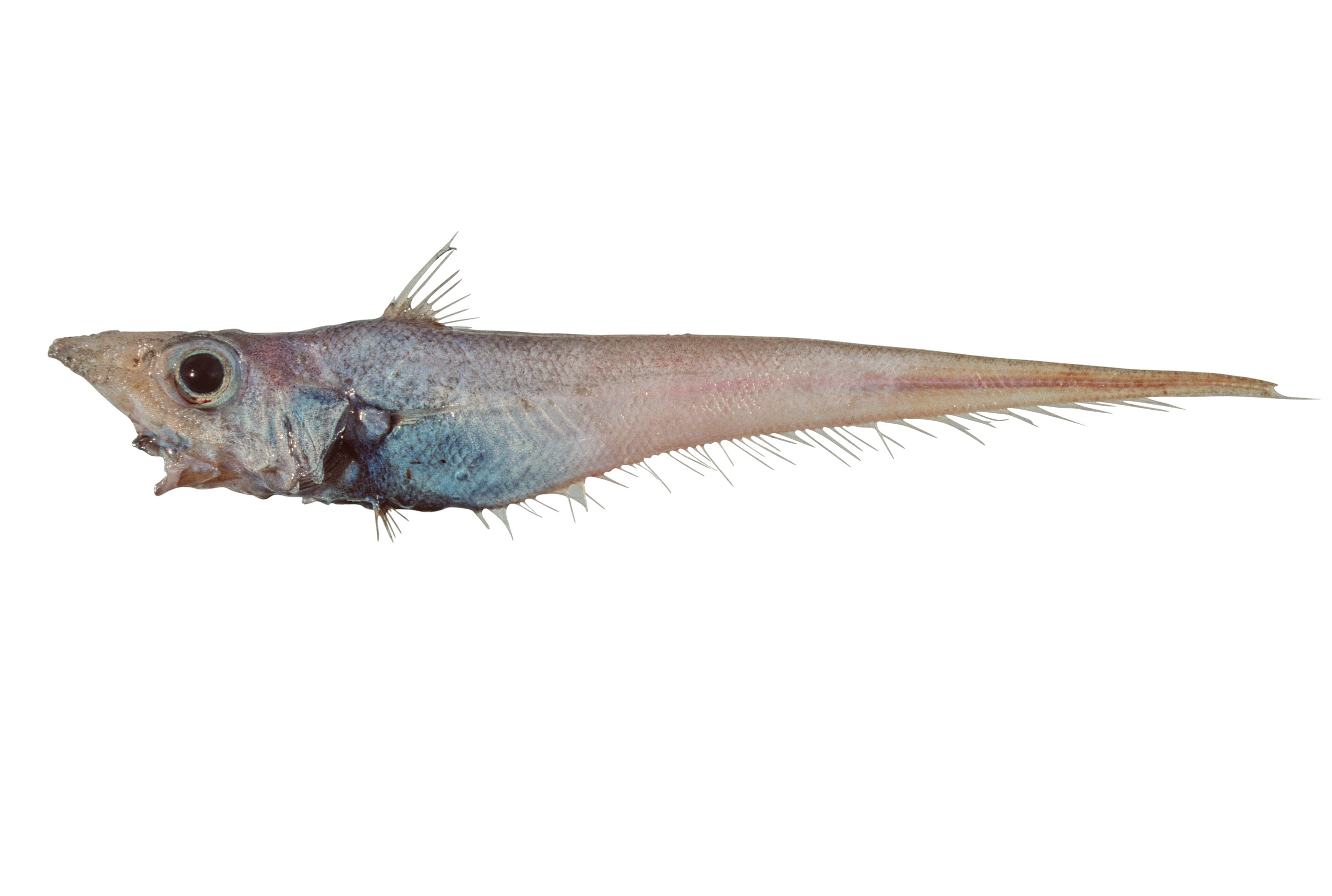 Sturgeon Whiptail: I was kicking back watching one of those fishing shows on TV the other day and they were somewhere in Canada catching sturgeon – and they were huge.

So, does Australia have any of these? Nup. We have this thing above, but I have got to say they are a huge disappointment. Yeah I know – all creatures great and small – but this Whiptail just doesn’t cut it. They are actually part of the grenadier family and seem to be cashing in on the sturgeon name.

They grown to a maximum length of about 20cm and are found in depths of between 400m and 1300m off the northern Australian coast.

That’s about it – they are small and ugly.

The REAL sturgeons are bottom-feeders and are usually found in river deltas and estuaries. Some are entirely freshwater and a few venture into the open sea beyond near coastal areas. Several species of sturgeons are harvested for their roe, which is made into caviar.

They are slow growing and can live to 100+ years and can grow to over 5m in length. They are partially covered with bony plates called scutes rather than scales. They also have four barbels – the feelers in front of their mouths – which don’t have any teeth. These are used to drag along the bottom to help them find food and navigate.

Now, THIS is a sturgeon!

This was caught in the Fraser River in British Columbia, Canada. It came in at 3.6m and an estimated weight of 499kg.

Previous post:
A mighty fighting flu breakthrough
Coming up next:
How we see the forest for the trees: the 'Supersite'