Freshwater Sawfish: Apart from the visually obvious, the Freshwater Sawfish is a really interesting FFT subject. It is actually a ray, having five pairs of gill-openings on the ventral surface of the head wh8ich is a feature of rays. It grows up to about  7 m in length and can live up to over 40 years of age. 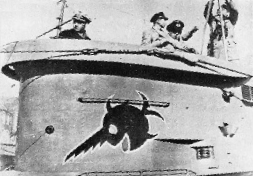 The sawfish was the emblem of German submarine U-96, known for its portrayal in the brilliant WWII film, Das Boot.

In Australia it is listed as Vulnerable under the Environment Protection and Biodiversity Conservation Act 1999.

The Freshwater Sawfish can “potentially” occur in all large rivers of northern Australia from the Fitzroy River, Western Australia, to the western side of Cape York Peninsula, Queensland. It is mainly found in the main channels of large rivers.

It spends its first three–four years in freshwater growing to about half its adult size then moves to coastal and offshore waters up to 25m deep and up to 400km offshore.

They prefer the mud bottoms of river mouths and estuaries, but can be found occasionally well upstream. They are usually found in turbid channels of large rivers over soft mud bottoms.

The sawfish can’t see very well as they have undeveloped eyes due to their muddy habitat. The saw is the main sensory device. The saw is used to stun fish, such as mullet, and for digging out molluscs and small crustaceans from the mud. The saw is covered with pores which allow the sawfish to detect movement of prey hiding in the mud.  The “teeth” of the saw are not real teeth, but modified tooth-like structures called denticles.

Previous post:
The Pink Underwing Moth fools predators with its colour
Coming up next:
Insulating Investigator