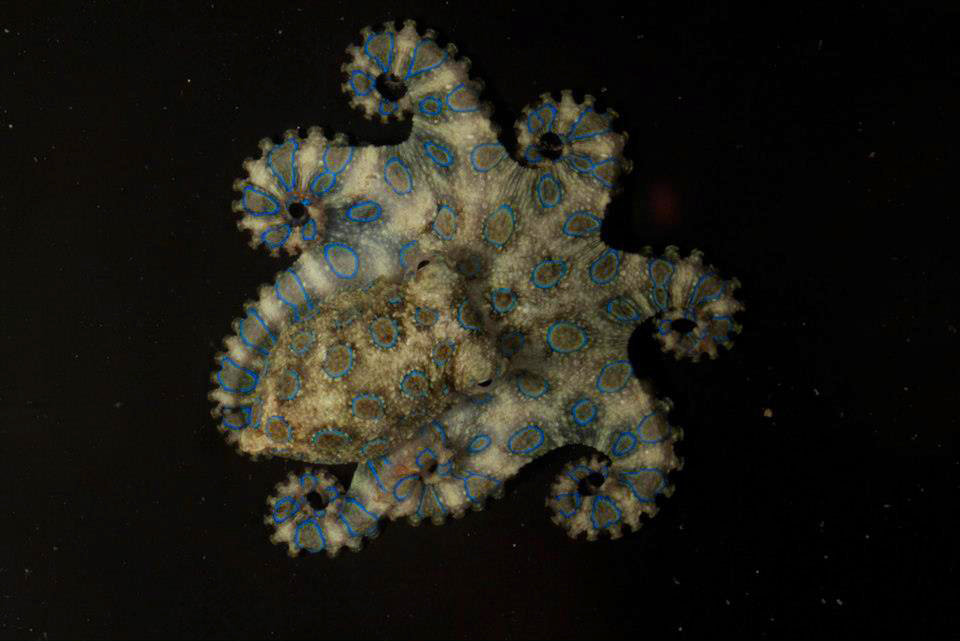 I imagine this little octopus likes to bop around the Pacific and Indian oceans to Beyoncé’s cuz if you liked it then you should have put a ring on it.

Before it kills you.

On a lighter note, blue-ringed octopuses have many desirable characteristics. They can regenerate lost arms and spend much of their lives hiding in crevices. Win!

Also I like to use the Australian Museum’s fishy happy snaps here, because they’re awesome. Over the past 10 days, museum scientists have been collecting more fish and photos (like this one) on a Timor-Leste Expedition. To see what’s involved in a collecting trip (other than 90 litres of ethanol), visit their blog or watch the video below.

Previous post:
CSIRO says fire away
Coming up next:
So many blocks, and which goes where?