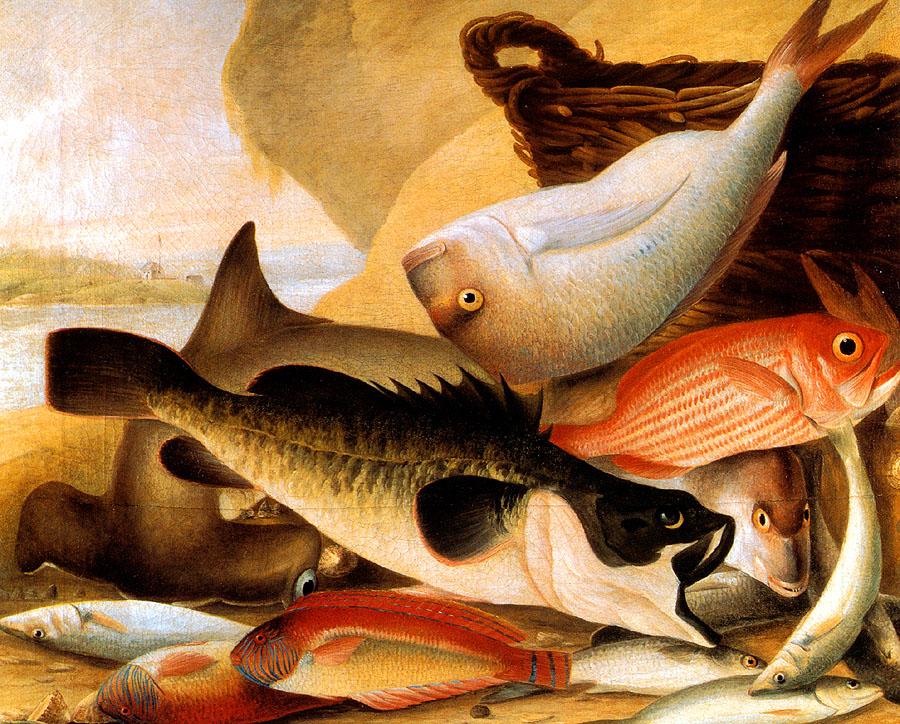 If you are ever in Adelaide make sure you go and have a look at this painting. Not only is the composition of the fish so unusual and eye-catching, the colours and fish are spectacular.

Another unusual feature of this painting is that is was done in oil. Most natural history paintings at the time were in watercolour. In fact this is thought to be the earliest oil painting done in Australia.

John Lewin came to Australian in 1800 and was the Artist in Residence for the colony of NSW. The shark shown in the painting, a Scalloped hammerhead shark, was named Sphyrna lewini after Lewin in 1834.

This painting shows the fish arranged on the shore at Kirribilli Point (where the Governor General and the Prime Minister have their Sydney digs) and in the background is Dawes Point where the southern end of the Sydney Harbour Bridge now is.

Now for some fishy facts: The fish in the painting must have been common to the harbour waters. They are from top: snapper, hammerhead shark, crimson squirrelfish, estuary perch, rainbow wrasse and sea mullet.