We helped a Tasmanian-based manufacturer create a new and improved fire-resistant cladding for ships to keep you fire-safe on land, and at sea. 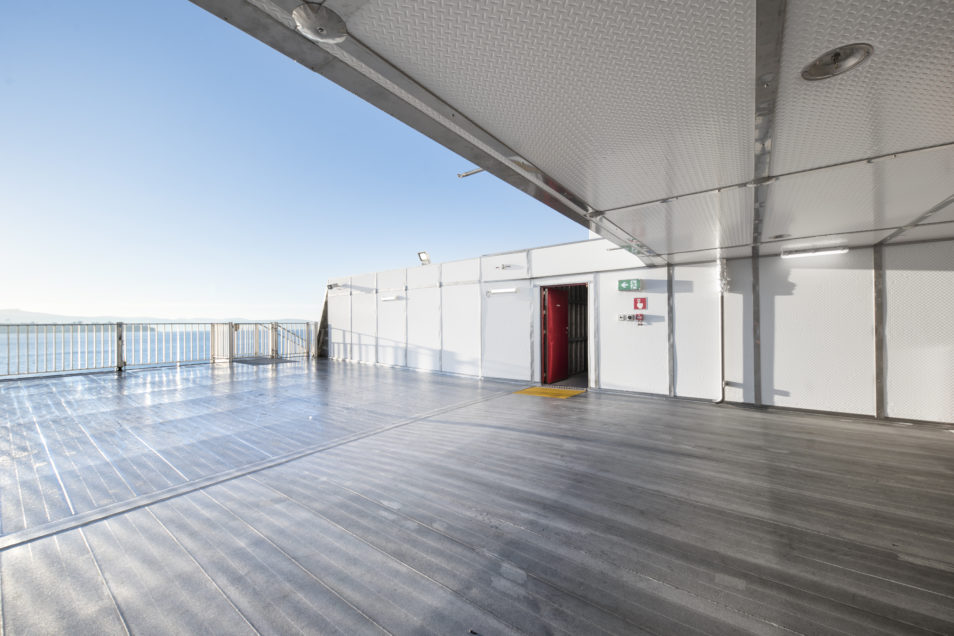 CBG Systems has been a manufacturer of passive fire protection systems for the past 30 years and their panelling is currently found on 90 per cent of the world’s high-speed ferries. Photo by CBG Systems.

Whether you’re in a home, apartment or sailing the high seas, you want to know your walls are fire resistant. Despite spending their lives in the water, ships and boats can catch fire causing damage to the vessel, passengers and crew onboard. Luckily, our scientists have come up with a way to keep you fire-safe on land, and at sea.

This will resin-ate with you

We recently worked with CBG Systems, a Tasmanian-based manufacturer of fire-resistant panels for catamarans and ferries. They wanted to find a solution to insulate steel-hulled ships.

Back in the lab, our materials scientists were creating a ductile adhesive resin. This resin or coating is able to weather the toughest conditions and bear considerable load. And importantly for making surfaces fire-resistant, this resin can withstand temperatures over 1000° C. Plus it’s tougher than existing thermal coatings making it perfect for fire-resistant ships.

Weighing about half as much as traditional metal cladding, the resulting reduction in fuel consumption will lower carbon emissions. This will lead to greener ships across the globe as well as enhancing overall operational efficiencies.

Originally, this polymer was to be an adhesive. But our scientists are always wanting to get the most out of our discoveries. So, we got to work with CBG Systems to turn our resin into the vital component in insulation for fire-resistant ships. 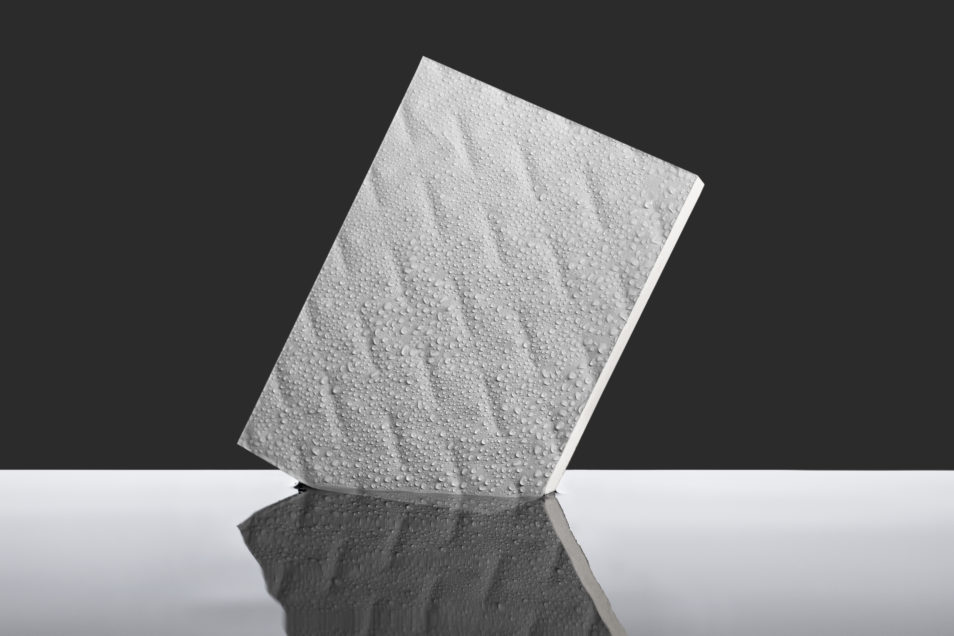 Before we went overboard, there was a little more work to do in the lab. Our resin needed to pass every test and meet the requirements of ship insulation. We worked with CBG Systems’ existing insulation and together we created a composite material to meet fire and weight reduction specifications. From there we began prototyping a new generation of panel for manufacture.

Our lead researcher Mel Dell’Olio worked at CBG Systems for four months. This was to make sure their employees were skilled in advanced manufacturing techniques. It was also to help prepare them to meet the demands of the international market. 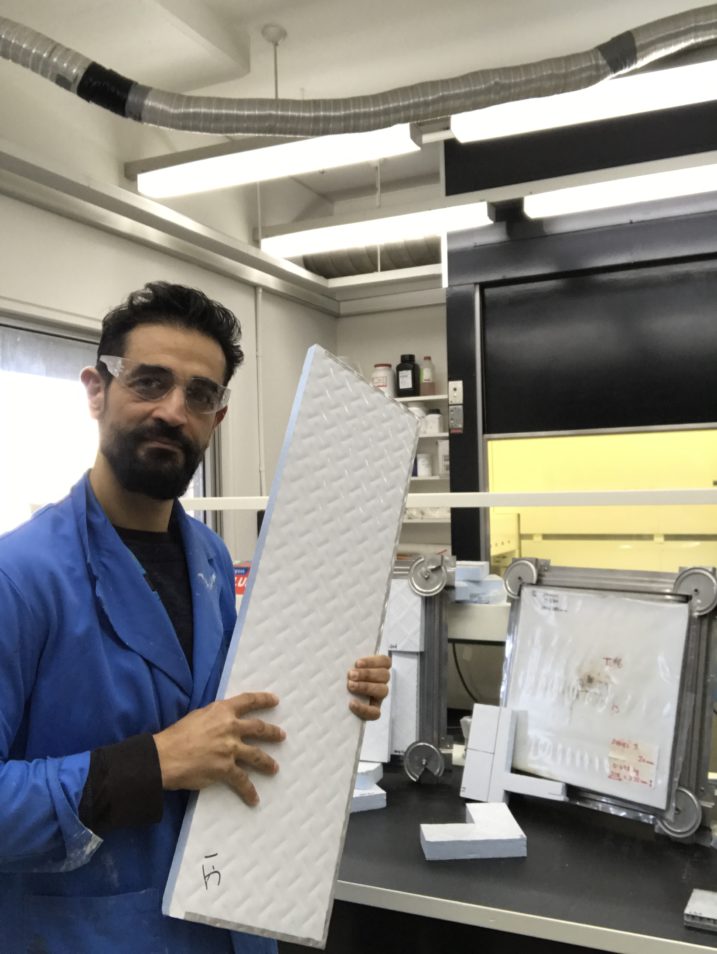 Senior experimental scientist, Mel Dell’Olio, holds up a sample of the new and improved RAC Plus fire-resistant panels.

The new and improved panels, with greater durability and fire-resistance, can be used on steel ships and aluminium high-speed crafts. There are also potential applications in aerospace such as for battery enclosures, and the civil construction industry. 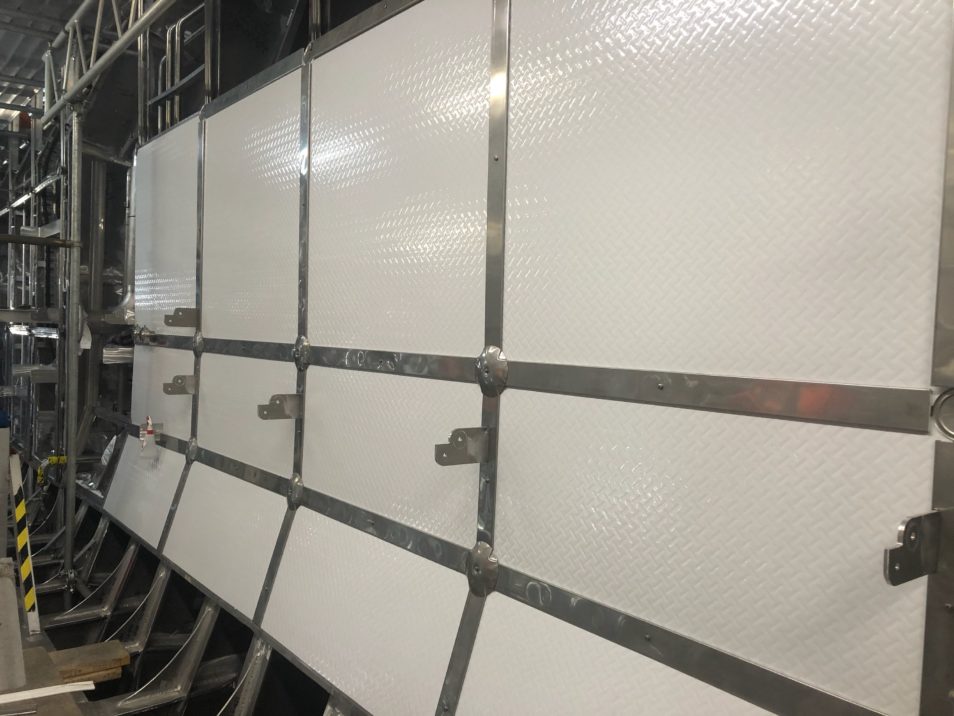 CBG Systems have manufactured passive fire protection systems for 30 years. Their panelling is on 90 per cent of the world’s high-speed ferries. Photo by CBG Systems.

The project received funding under the Australian Government grants program.  They were able to build a state-of-the-art manufacturing facility in Hobart, creating manufacturing jobs in the process. As a result, CBG Systems are one of the most competitive manufacturers of marine insulation products for the marine industry. This project has attracted interest from Spain, Denmark and the Caribbean who’ve already placed orders to fit out their new ships.

With three ships already ordered, and two ships complete, CBG systems has hired for six new roles, with partners and suppliers also increasing their staff as a result.