Fill up on fish & ships with RV Investigator

Fill up on fish & ships with RV Investigator

In 1876, SS Queensland sank off Wilsons Promontory in Victoria, after colliding with the steamer Barrabool. In 2019, RV Investigator is using the wreck of SS Queensland to give us higher quality maps for safe navigation ahead of a program of historic shipwreck surveys in the area. 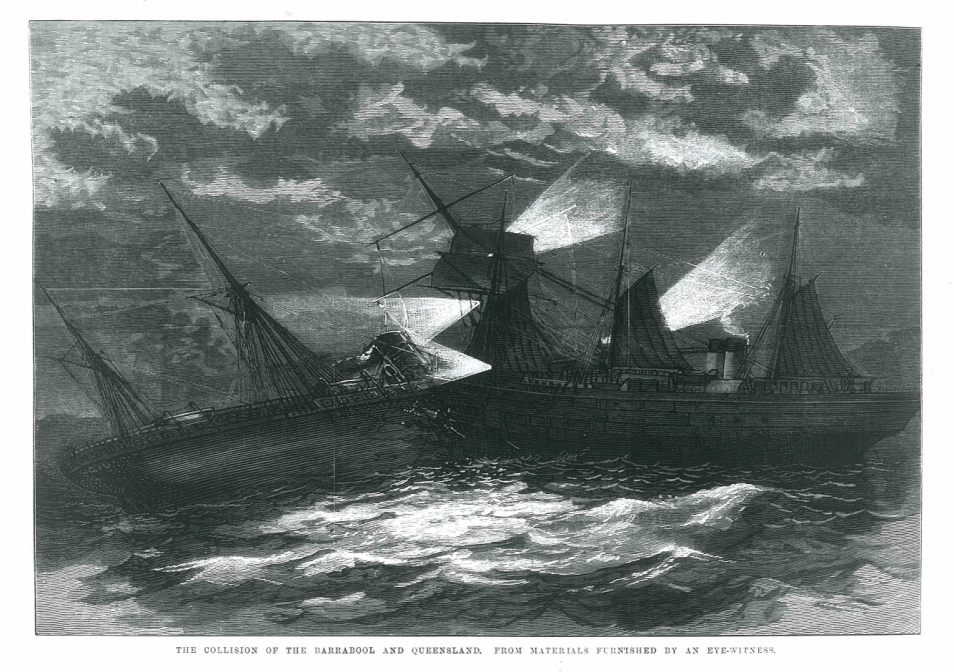 The year was 1876. The University of Adelaide began classes that year and the Melbourne Cup was run for the first time on the first Tuesday of November.

It was also the year that SS Queensland sank off Wilsons Promontory in Victoria, after colliding with the steamer Barrabool in the early morning of 3 August.

SS Queensland was en route to Fuzhou, China from Melbourne, and was heading towards Sydney with a cargo of Chinese tea.

But the second mate of Barrabool mistook the masthead light of Queensland for the Wilson’s Promontory lighthouse. It was going full speed ahead until it struck Queensland’s starboard (or right) side.

Queensland was so badly damaged that it sank in only 35 minutes.

143 years later in 2019, our research vessel (RV) Investigator is using the wreck of SS Queensland to give us higher quality maps for safe navigation, and test other equipment ahead of a program of historic shipwreck surveys in the area. The survey program brings together experts from the Australian National Maritime Museum, Heritage Victoria and the Australian Hydrographic Office, who will work with our team on board to search for other ships whose resting location is currently unknown.

The seafloor map of SS Queensland from our multibeam echo sounders

Going back to the future

The Australian coastline is dotted with shipwrecks, some known and others yet to be discovered. One part of the mission of our RV Investigator is to help fill in the gaps in our seafloor maps to aid in ensuring safe shipping and navigation.

On many voyages, we also seek to work with maritime heritage agencies to solve the mystery and pinpoint the location of long-lost ships.

This brings our super science ship to the Bass Strait on a voyage to map the seafloor and survey for historic shipwrecks.

The wreck site of SS Queensland, which is nearly 100m long and was found in 2005, provides RV Investigator with the perfect location to use, calibrate and test its multibeam echo sounders on a known target. This equipment delivers colourful images of the seafloor and its surrounding structures, as well as showing the unexpected and tell-tale shapes of possible shipwrecks.

Doing multiple passes over a site allows mapping technicians to build more detailed maps of features and objects, which can then be used to confirm if that unexpected something is a shipwreck.

But at first the data only gives a rough image of what the wreck and the area surrounding it looks like. The image is so rough that it sometimes looks like it has icicles on the boat! Definitely not correct when we’re off the Victorian coast. To fix this, the technicians on our ship have to clean up this interference which can sometimes take a while.

In the meantime, there’s nothing like dropping in to take a closer look at the wreck though! 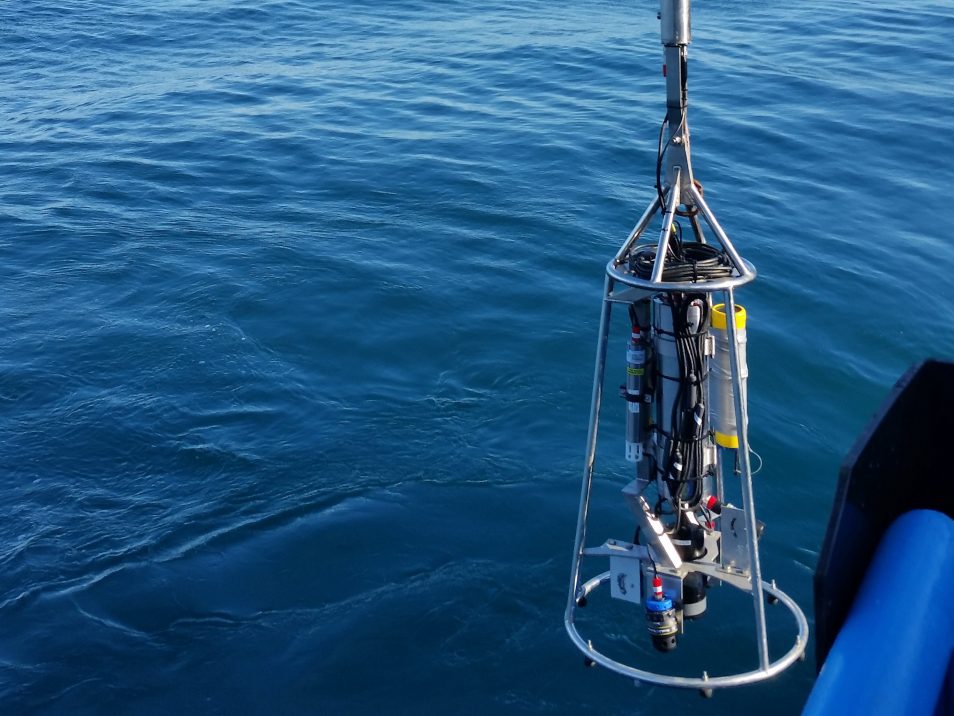 Getting the drop on history

Once the initial mapping of SS Queensland is complete, a drop camera is then lowered from RV Investigator to take a closer look at the wreck. This special underwater camera is lowered to sit just above the wreck. Investigator then sailed parallel to the wreck at low speed to capture close up vision of the ship and build a composite picture of the whole site.

Along the way, the drop camera also captures footage of a lot of curious fish and other marine life.

With these surveys completed and equipment tested, Investigator departed to begin its program of shipwreck surveys in Bass Strait.

With proven successes in the past, including the discoveries of SS Macumba and SS Carlisle  in 2017, Investigator’s freshly calibrated mapping systems have all on board excited about what they might find.

We’ll be sure to keep you in the loop with the fish and ships they find in the deep!

Anchors aweigh! Sail over for what else we're up to

Previous post:
Swinburne taps our Data61 spin-out for telehealth education
Coming up next:
The Power of Protein

END_OF_DOCUMENT_TOKEN_TO_BE_REPLACED 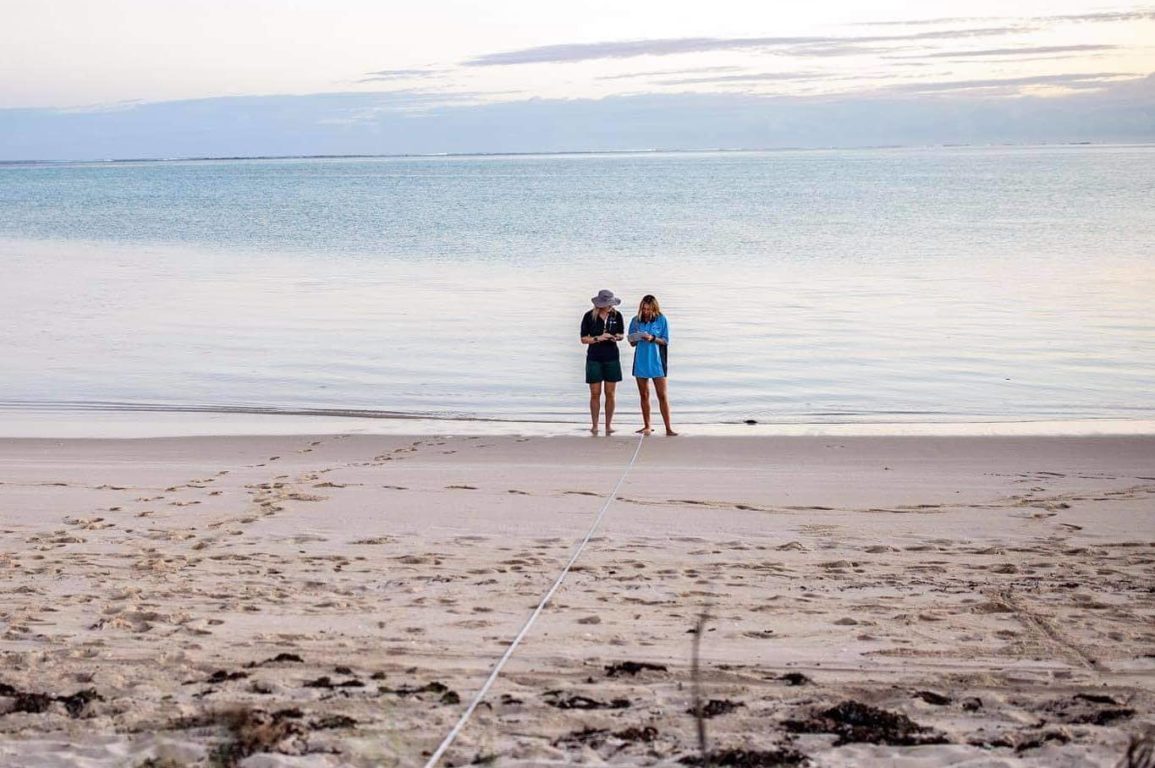