Scientists on RV Investigator, while scanning the bottom of Bass Strait in a "lawn-mowing" operation, have discovered an 1890 shipwreck and uncovered more than they expected. 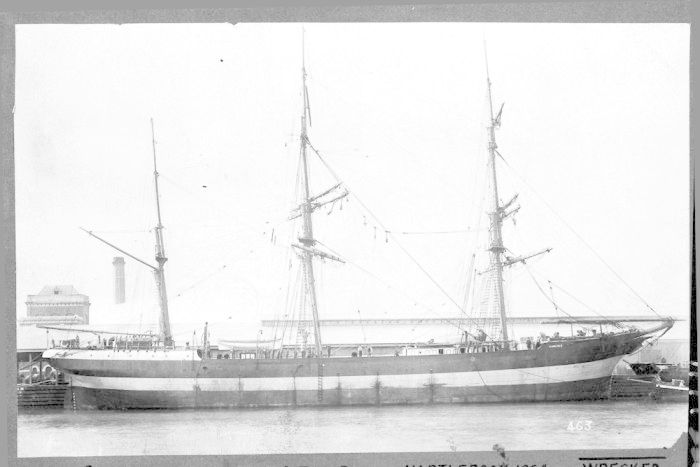 The Carlisle was built in England in 1864 and had a crew of 23, who all survived the shipwreck.

Scientists scanning the bottom of Bass Strait in a “lawn-mowing” operation have stumbled on an 1890 shipwreck and uncovered more than they expected.

The CSIRO has released footage of the wreck, which was first detected last year as a “blip” in waters between Tasmania and Victoria.

The footage comes from scientists onboard the research ship Investigator as it makes its way down Australia’s east coast, surveying more wrecks along the way.

After last year’s discovery, volunteers from the Maritime Archaeological Association of Victoria visited the site and identified it as the barque Carlisle.

Heritage Victoria senior maritime archaeologist Peter Harvey said the Carlisle was a 26-year-old collier which was bound for Newcastle from Melbourne in 1890 when it sank.

“When it got to Newcastle it was intended to pick up coal and take it to South America,” he said.

“As they were going along everything seemed to be going normally but at some point they struck rocks about seven o’clock in the evening.” 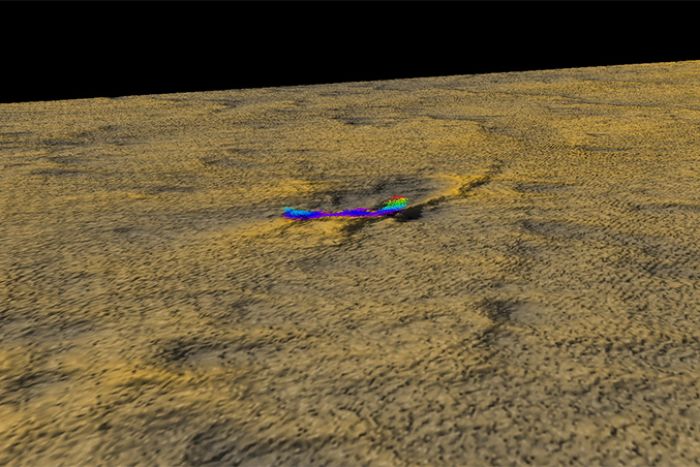 A digital image of the wreck discovered while ‘lawn mowing’ the sea floor.

The 23 crew had to abandon ship and jump into three life boats when the Carlisle started taking on water.

“One [boat] had most of the crew and it headed for Port Albert, but it missed and ended up about 26 miles down the 90-mile beach towards the east,” he said.

“And the other one with the smaller crew went on and eventually got to Cliffy Island and they waited there at the lighthouse. They stayed there with the lighthouse keepers until they were rescued by a ship from Melbourne.”

“The marine inquiry found that the captain did everything right and he had probably hit an uncharted rock that was about seven miles east of Crocodile Rock,” he said.

“If [it did], that rock would be currently in the main shipping lane between Melbourne and News South Wales today.

“So it looks like he got off on the benefit of the doubt and in fact it had been a navigation error.” 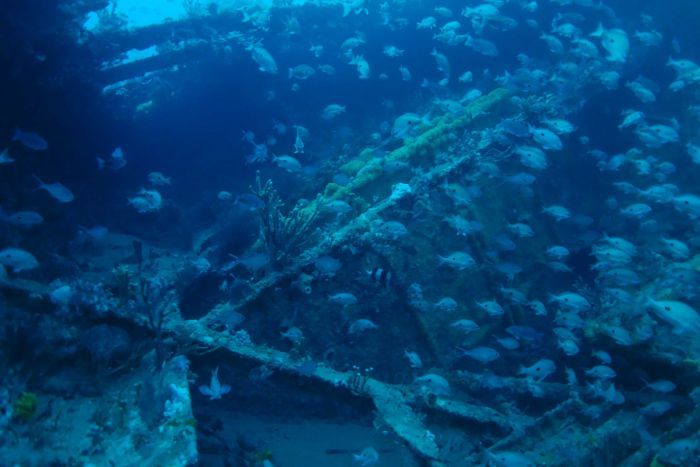 Wreck picked up on ‘lawn-mowing’ exercise 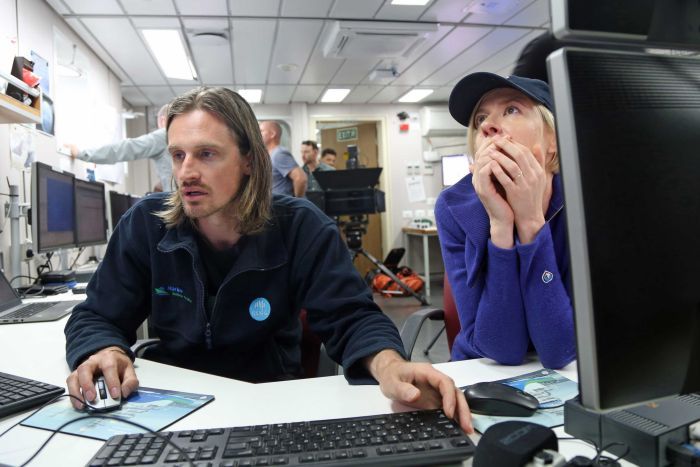 Matt Boyd and Emily Jateff were involved in the discovery by Investigator.

CSIRO hydrographer Matt Boyd, who discovered the wreck while on an Investigator voyage last year, said it appeared as a “blip” while he was conducting routine mapping of the ocean floor.

“The way this survey works, it is very monotonous kind of stuff, very repetitive, we call it ‘mowing the lawn’,” he said.

“We are sort of going back and forth for long periods of time over large areas of seabed.

“We just happened to go over this blip and we noticed it and thought ‘oh jeez that looks just a little too much like a shipwreck’ and so we did a little bit more investigating and looked at it digitally.

Then once we established that yes it was a shipwreck we put a drop camera down.

“That is the exciting bit — that unknown of what it could be and what happened to it.”

Mr Harvey said it was an exciting discovery.

“The condition is degraded but as an archaeological site it is intact, so really important to us to give us an opportunity to look at a site that hasn’t been disturbed before,” he said.

Matt Boyd has been at sea this week onboard the Investigator, which is on a week-long voyage from Brisbane to Hobart and has mapped two more shipwrecks.

One of the wrecks was HMAS Pioneer and the other was unidentified. 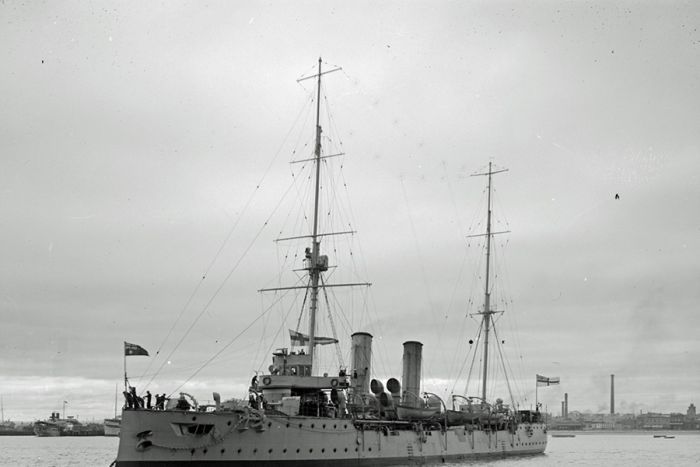 Originally constructed for the British Royal Navy in 1900, the light cruiser Pioneer was later gifted to the Royal Australian Navy.

After serving in World War I, it was used as an accommodation ship before being scuttled off Sydney Heads in 1931.

The Australian National Maritime Museum’s Emily Jateff, who was on board the voyage to help with the shipwreck mapping, said the unidentified wreck was an exciting find.

“RV Investigator has the capability to do a close resolution multi-beam survey which allows us to located shipwrecks in almost a single pass,” she said.

“The wreck is at this point pretty unidentified. We have vague dimensions — about 67 metres in length and about 11 metres across.

“It could be another naval vessel. Quite a number of naval vessels were scuttled off the coast during WWI and WWII. But we will just have to wait and find out.”

Want to learn about more of our amazing discoveries?

Educator on Board is a professional development program for Australian STEM teachers and has two teachers in the thick of the action on the current voyage.

Follow the voyage action through the eyes of our Educators on Board!

Previous post:
Beautiful and dangerous: animating deadly viruses at Vivid Sydney
Coming up next:
Along came an undiscovered spider on a school excursion