Australian gold mines can yield as little as 1g of gold per tonne of rock – but X-rays can detect minuscule amounts of gold and save billions of dollars. Image: Ben Cooper.

By James Tickner, Office of the Chief Executive Science Leader

At CSIRO we are working with the minerals industry to develop new technologies that will help maintain global competitiveness – and we recently announced a new X-ray technology to do just this.

It has the potential to boost productivity and save the Australian gold industry hundreds of millions of dollars a year.

The challenges of producing gold

Gold in Australia is normally mined at very low grades – as little as one gram of gold for every tonne of rock. Explorers looking for new gold deposits, and the people running mines or monitoring extraction plants, need a really sensitive detection method.

The industry standard analysis, fire-assay, is complex, laborious and destroys samples by fusing them at temperatures up to 1,200C.

The process is normally carried out in centralised laboratories. This can lead to turn-around times of several days, particularly if materials are sent in from remote locations. Running a large processing plant is like trying to drive a truck looking only in the rear view mirror.

The lack of real-time feedback is one of the factors contributing to a typical gold plant only extracting 65-85% of the gold present in mined rock. And with Australia producing around A$10 billion worth of gold last year, billions of dollars worth of gold is potentially going to waste.

Even a 5% improvement in recovery efficiency would be worth half a billion dollars a year. Huge amounts of water and energy are required to extract gold, so this would also pay dividends in reducing the resources embedded in every ounce of metal. 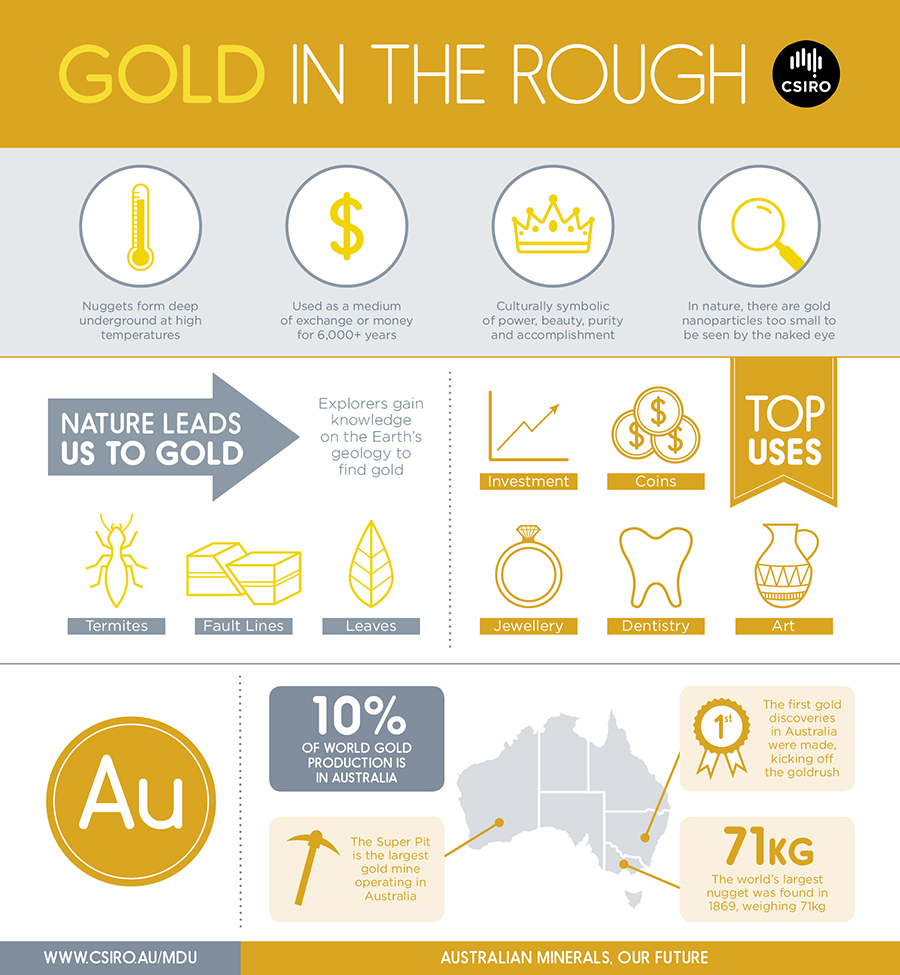 Developed over the past decade, our method uses powerful X-rays, similar to those that treat cancer patients, to irradiate gold in ore samples.

The X-rays force nuclei at the heart of any gold atoms present into an excited state and this results in the gold atoms becoming weakly radioactive for just a few seconds.

A highly sensitive detector picks up the radiation emitted by the gold and reads out the level of the precious metal.

The big benefits of the method are simplicity, speed and accuracy. Up to half a kilogram of material is packed into a plastic jar and fed into the analyser. A few minutes later, the analysis is complete and the sample is returned unchanged.

As the method is completely non-destructive, the sample can be subjected to further testing if required.

Measuring a large mass of material improves accuracy. This is especially true for gold, as distribution can be very patchy even in a rich ore deposit.

One of the great advantages of using nuclear analysis is that it is sensitive to all forms of gold. It doesn’t matter what chemical or physical form the gold takes, or whether the sample is a solid or a liquid. If gold atoms are there, they will be seen and counted. 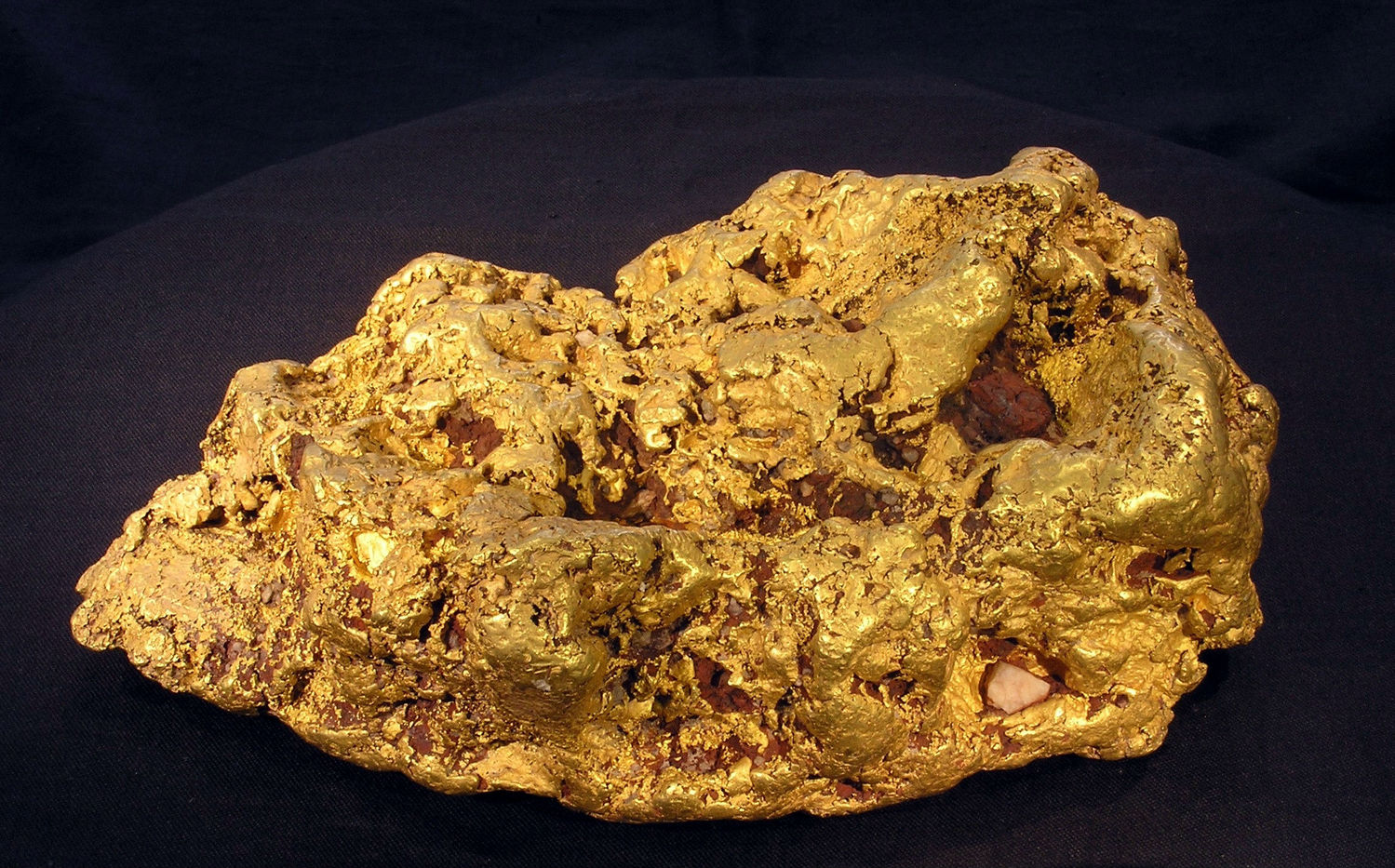 While the science behind using X-rays to find gold has been known for decades, achieving the necessary sensitivity was a major challenge. CSIRO combined the latest developments in high-power X-ray sources and radiation detectors with advanced computer modelling. This led to an analyser capable of detecting gold at levels nearly ten times lower than previous systems.

We have recently completed tests in collaboration with the Canadian technology company Mevex which showed that our prototype analyser is capable of measuring gold two to three times more accurately than commercial laboratory fire-assay. We are now exploring how to bring the technology to market with Australian and international partners.

An X-ray based analysis system would probably be first used in a commercial assay laboratory. But things get really exciting when you think what might be possible beyond that. A complete, fully automated system could be packaged into a couple of shipping containers. This could be trucked out and dropped down for real-time, on-the-spot analysis in remote locations.

Some of the prospects for the technology include speeding up the exploration for gold and three-dimensional mapping of deposits by monitoring the spoil produced as bore-holes are being drilled. Helping to control the billion-dollar concentrator plants used to process gold ore would be another important application.

Any new technology is a jigsaw puzzle built around what starts out as just a crazy idea. The most satisfying part of working as an applied scientist is nurturing some of those ideas into the real world.

Rapid X-ray analysis is set to make a huge difference to the productivity and competitiveness of the gold industry.